Filmmaker Rakeysh Omprakash Mehra and Amitabh Bachchan, who worked together in the supernatural thriller Aks in 2001, are coming together again after nearly two decades. The Big B did make a special appearance in Mehra’s 2009 musical drama Delhi 6 that featured his son Abhishek Bachchan and Sonam Kapoor. But the father-daughter story in 2014 that Mehra was producing with Sunil Pandey at the helm, and which Mr. B was to do, never took off at all.

Now, 19 years after Aks, the actor and filmmaker are teaming up for a special project that will go on floors mid-2020. “Rakeysh Mehra has been talking with Bachchan for a long time but things never materialized for various reasons. Now Bachchan has finally liked something. Mehra will start working on it after he’s done with Toofan that’s currently on floors,” a source said. 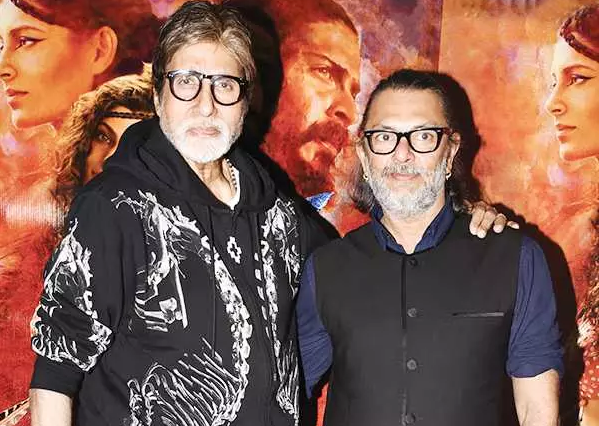 Mehra has apparently been working on three stories: a modern adaptation of The Lost City of Dwarka, a light-hearted comedy, and a film that narrates the story of 50 years of a person’s life. The Big B was pitched all three scripts but it’s unclear which one he has okayed. “Mehra is thrilled to work with Bachchan again but is keeping the details under wraps as his complete focus is on his boxing drama Toofan that reunites him with Farhan Akhtar six years after Bhaag Milkha Bhaag. He will then head straightly to Bachchan’s film most probably in the second half of 2020,” the source further said.

Meanwhile, Amitabh Bachchan has four films slated to release next year. He will first be seen in Sairat director Nagraj Manjule’s Jhund, followed by Rumi Jaffrey’s psychological thriller Chehre for which he’s currently shooting in Poland. He has also wrapped up Shoojit Sircar’s Gulabo Sitabo that sees him playing a landlord to Ayushmann Khurrana’s tenant. His fourth release is expected to be Karan Johar’s Brahmastra that stars Ranbir Kapoor and Alia Bhatt in the lead.