It’s been a question on everybody’s mind. But PeepingMoon.com will confirm it now. Yes, Ranveer Singh will be doing Sanjay Leela Bhansali’s musical revenge drama Baiju Bawra. He will play the title role of classical music singer Baiju that the veteran actor Bharat Bhushan had made famous in 1952.

But there’s no saying yet whether Priyanka Chopra will join Ranveer as his love interest Gauri that the legendary Meena Kumari had portrayed in Vijay Bhatt’s musical megahit. However, another little nugget we can share with you is that Bollywood superstar Ajay Devgn, an old SLB favourite, is also among the new Baiju Bawra cast.
It is likely that Ajay, in a bold experiment, will play the negative role of Tansen the famed musician of the Mughal court of Emperor Akbar who was suspected of the murder of Baiju’s father.  Baiju challenges Tansen to a musical duel to avenge his father’s killing. 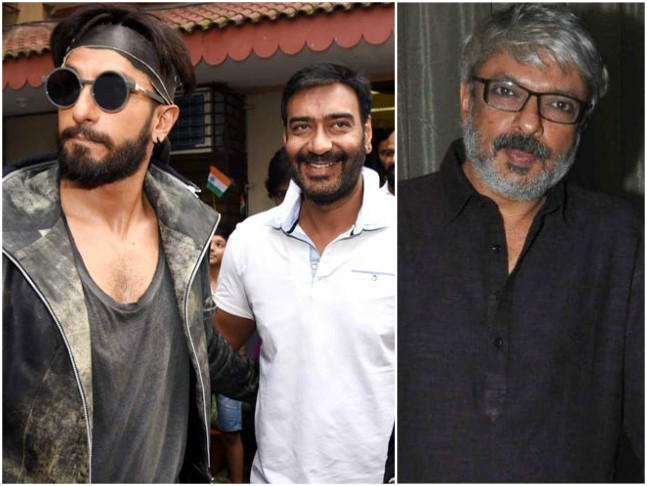 RECOMMENDED READ: '83 new look: Ranveer Singh hits it out of the park yet again as he aces Kapil Dev's iconic 'Natraj shot'

Bhansali has planned Baiju Bawra, perhaps his most ambitious film after 2018’s Padmaavat, for Diwali 2021. Before that, he has Gangubai Kathiawadi with Alia Bhatt as the notorious mafia brothel queen of Kamathipura in Mumbai to complete. It is believed the filmmaker will also use some of the existing sets of this film for Baiju Bawra after converting them.

Meanwhile, Ranveer, who has given some of his best performances in SLB’s films, is keen on working with him again. He will have to undergo training as a classical musician and singer for Baiju’s role. Buzz is that Ranveer, whose voice was nicely exploited by Zoya Akhtar in her musical drama Gully Boy earlier this year, is likely to do some singing in Baiju Bawra as well. But sources say that may not happen because while Ranveer carried rap for Gully Boy, it will take years of training for him to make a good classical singer.