Advertisement
HomeBOLLYWOODEXCLUSIVEExclusive: ‘I am glad that people loved and appreciated the show’, says Pankaj Tripathi on ‘Sacred Games’ being nominated at the International Emmy award 2019

Exclusive: ‘I am glad that people loved and appreciated the show’, says Pankaj Tripathi on ‘Sacred Games’ being nominated at the International Emmy award 2019

Pankaj Tripathi is gung-ho about Sacred Games 2 receiving an International Emmy nomination. The series has been nominated in the Best Drama category at the prestigious award show. He spoke exclusively to PeepingMoon.com and expressed his happiness at this piece of marvelous news.

He said, “I am a layman and honestly, I don't think so much about awards, I am glad that people loved and appreciated the show. I am grateful, humble to be the part of the show. Each one associated with the show truly deserves credit. I would just like to say thank you for showering Sacred Games with so much love.” 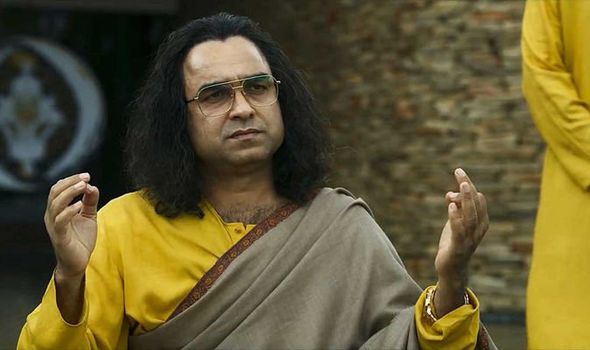 Sacred Games is based on Vikram Chandra’s best-selling novel of the same name and stars Saif Ali Khan and Nawazuddin Siddiqui in the lead. The show also stars Jatin Sarna, Kalki Koechlin, Radhika Apte, Surveen Chawla and several others. The second season has been directed by Anurag Kashyap and Neeraj Ghaywan whereas Vikramaditya Motwane is the showrunner while Varun Grover is the lead writer. Anurag shared the news of the series receiving the honour on social media today.

Well, we are definitely keeping our fingers crossed and hoping that Sacred Games wins the coveted trophy.