Advertisement
HomePHOTOSEVENTS65th Amazon Filmfare Awards 2020: Its 'fam jam' for Siddhant Chaturvedi as he makes his stage debut; Ananya Panday looks nothing less than a princess in neon

It won't be wrong to say Filmfare Awards hold a special place in Bollywood and is one of the most sought after events each year. With deserving films and celebrities getting recognition for their work, the awards conducted by the leading entertainment magazine is indeed iconic. Now, on Saturday evening, the streets of Guwahati, Assam, lit up with the much-awaited 65th Amazon Filmfare Awards 2020. As the audience gears up for a night to remember, celebrities like Siddhant Chaturvedi and Ananya Panday made for the first ones to arrive at the venue. Siddhant and Ananya will be making their Filmfare debut this year as they are nominated for their first films-Gully Boy and Student Of The Year 2.

Siddhant attended the prestigious awards night with his parents and younger brother. The Chaturvedis, for Filmfare 2020, twinned in black and struck a swag-filled pose for the camera. Siddhant made for a handsome sight in black suit and teamed it with printed pants.

Ananya went the neon way for her appearance at 65th Amazon Filmfare Awards 2020. The actress was seen interacting with media on the red carpet. 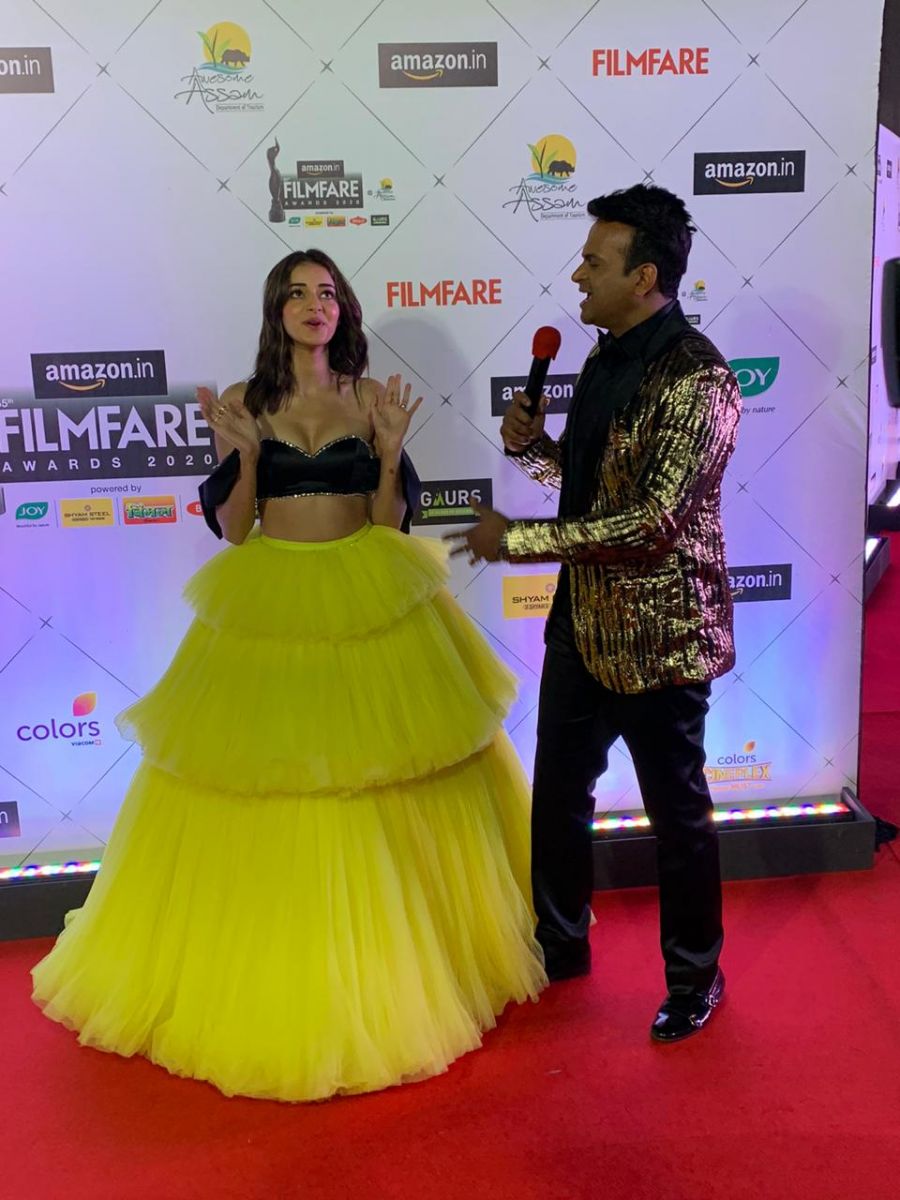 Ananya, who made her debut with Karan Johar-backed Student Of The Year 2 and subsequently appeared in Pati Patni Aur Woh last year, looked nothing less than a princess.