The much-anticipated trailer of Nikamma starring Abhimanyu Dassani, Shirley Setia and Shilpa Shetty has finally been revealed at a trailer launch event. A Sabbir Khan directorial, Nikamma, is touted to be the action entertainer of the year, bringing Abhimanyu in a fierce and full of action avatar!

The internet sensation, Shirley Setia who started her journey by singing, will be making her big screen debut with Nikamma. The on-screen chemistry of Abhimanyu and Shirley will be something to look out for in the film! The gorgeous Shilpa Shetty is seen donning a saree, going completely de-glam, and will be seen in a role that she is never done before!

RECOMMENDED READ: Nikamma: Shirley Setia and Abhimanyu Dassani give a glimpse of their crackling chemistry in second poster of the film The trailer shows Abhimanyu transforming into a raging young man full of action from a lazy boy after his family is threatened. He rises to the occasion to ensure and safeguard his loved ones pulling off one spectacular stunt after another. 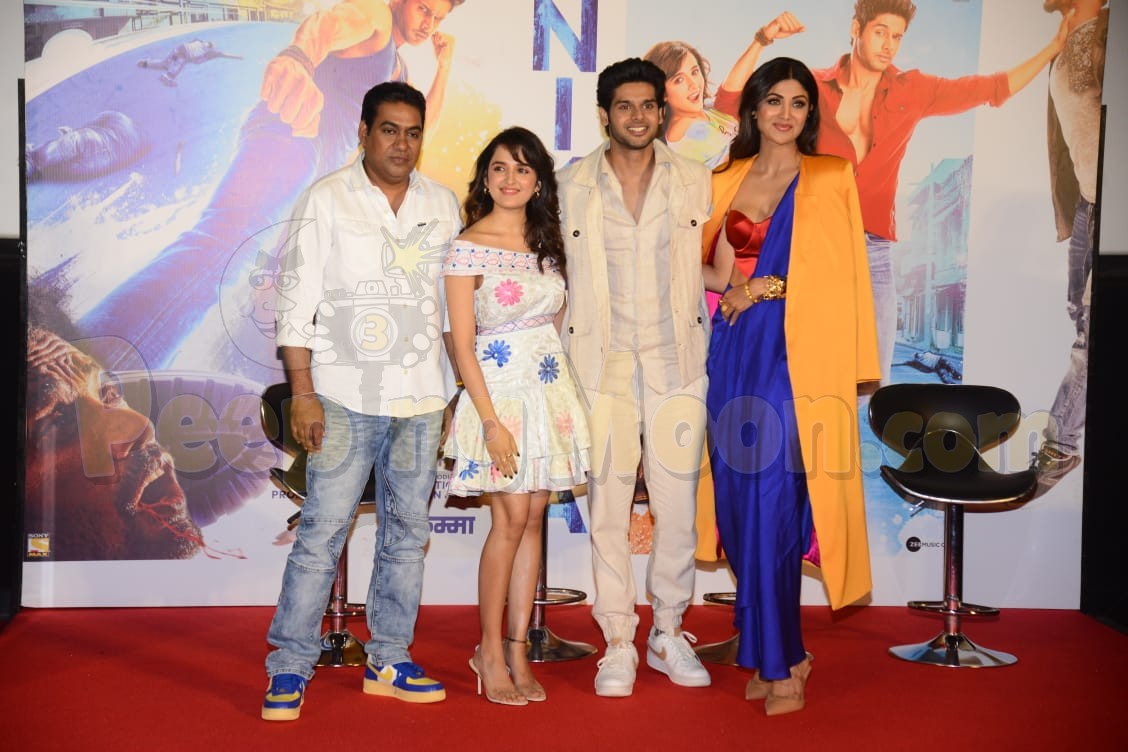