Advertisement
HomeBOLLYWOODENTERTAINMENT NEWSThe Kashmiri Pandit community who were subjected to exodus, genocide and forgotten for 32 years can start healing: Anupam Kher on the unprecedented success of The Kashmir Files

The Kashmiri Pandit community who were subjected to exodus, genocide and forgotten for 32 years can start healing: Anupam Kher on the unprecedented success of The Kashmir Files 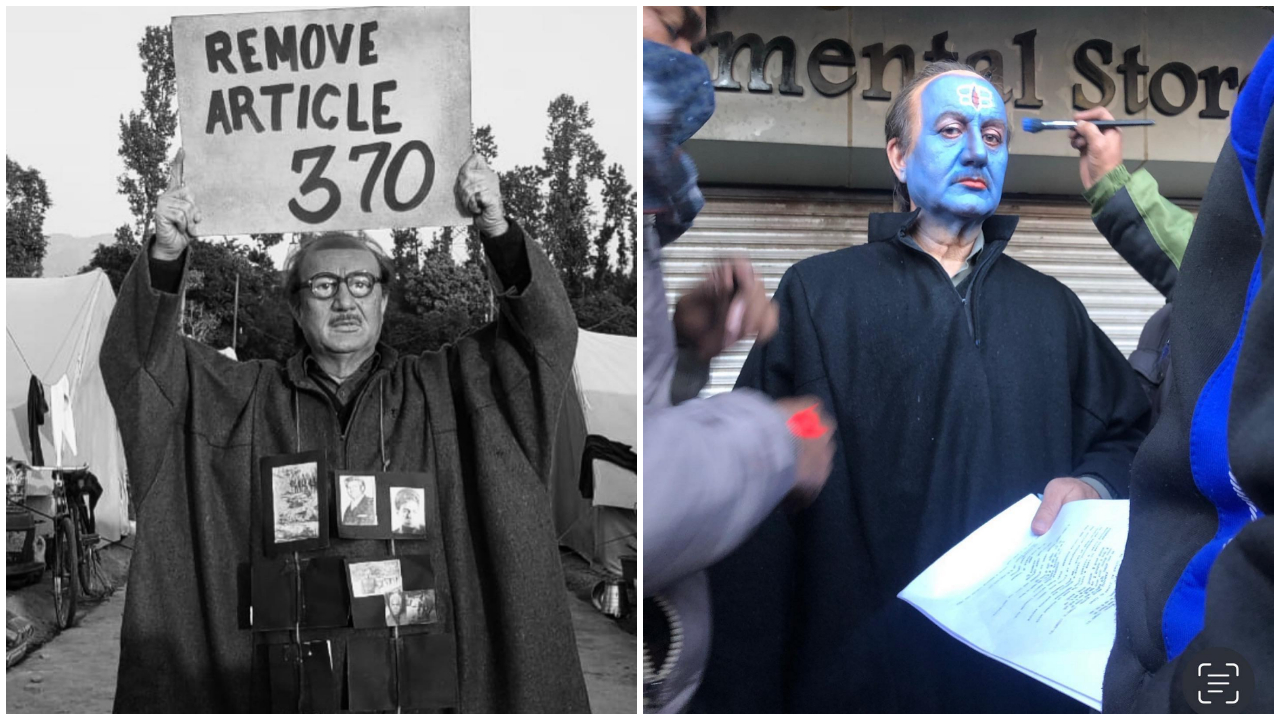 Anupam Kher is riding on cloud nine since his latest film The Kashmir Files has got the entire nation talking. The Vivek Ranjan Agnihotri’s directorial depicts the exodus and genocide of Kashmiri Pandits in the Kashmir valley in early 90s. Kher, a Kashmiri Pandit himself has been at the thick of things not only in personal view of things but professionally as well and has a lot of emotions involved with the film. Now, in a recent interview with a leading daily, Kher opened up about massive success the film has received as well as support coming from the people and the film becoming one of the highest grossers in post Covid times.

Talking about the exodus, Kher said, “First of all, I feel the Kashmiri Pandit community who was subjected to this kind of inhuman behaviour, exodus, genocide, who were forgotten for 32 years, I feel the healing may start. The feelings they have gone through, the murders and rapes that happened… four lakh Kashmiri Pandits were thrown out of the valley. The worst part was that nobody really cared for them. That is one part of it.”

RECOMMENDED READ: ‘Being married to a Kashmiri Pandit, I know first-hand of the atrocities,’ says Yami Gautam as she seconds husband Aditya Dhar’s love for Vivek Ranjan Agnihotri’s The Kashmir Files

He further said, “It broke all barriers, that according to me will be a case study of how cinema and audiences have changed. It’s hysterical, unbelievable… people I meet at airports, they hug me, they cry. And it has got nothing to do with Kashmiri Pandits. Any human being has that sense of guilt, how could we let this happen in our own country.” Kher also took to Instagram to talk about the sentiments of people after watching the film and wrote, " airport 12-15 ,” #TheKashmirFiles ! Sorry!  #KashmiriPandits  ” security officer ,” ! !” ! ! #TheKashmirFiles #PushkarNath #Genocide"

The Kashmir Files has received tremendous response at the box office with making it the most successful film released in post-covid times. The film has also received an unprecedented rating on IMDb. The Kashmir Files has received support from Kangana Ranaut, Aditya Dhar and Yami Gautam who lavished praise on the filmmaker and Kher for bringing out the truth for the entire world to see on the big screen.

Being married to a Kashmiri Pandit, I know first hand of the atrocities that this peace-loving community has gone through. But majority of the nation is still unaware. It took us 32 years and a film to get to know the truth. Please watch and support #TheKashmirFiles . https://t.co/rjHmKVmiXZ

Almost all of us till date are still suffering mentally, emotionally and even physically. It was not just the terrorism that killed so many, it was also what followed the migration.

Being a filmmaker myself I couldn’t have made a better film than this on my own tragedy.
Hats off to @vivekagnihotri & @AnupamPKher Ji.

Please watch the tragic TRUE story of one of the most patriotic and loyal communities of India. #TheKashmirFiles