Advertisement
HomeBOLLYWOODENTERTAINMENT NEWSNusrat Jahan spills the beans on her love story with Yash Dasgupta, says 'I absconded with you'

Nusrat Jahan spills the beans on her love story with Yash Dasgupta, says 'I absconded with you'

Actress-politician Nusrat Jahan had maintained an air about her relationship with Yash Dasgupta. There are clear indications that they are married but the couple has neither denied nor confirmed their relationship status in public. Recently, Nusrat invited Yash to her radio chat show, Ishq With Nusrat. The Trinamool Congress MP and renowned Bengali actress asked the actor to talk about their love story.

Yash asked, "Okay, I’ll ask you. How did this happen?" In response to this, Nusrat said, "I ran away with you." The actor reacted to this and said, "You ran away? You mean, we ran through the streets holding hands?" The actress-politician explained, "No, no, I absconded with you. This is in one word, I absconded with you. This is what the episode is about - my love, my choice. I fell in love with you, that was my choice, and the rest is history." 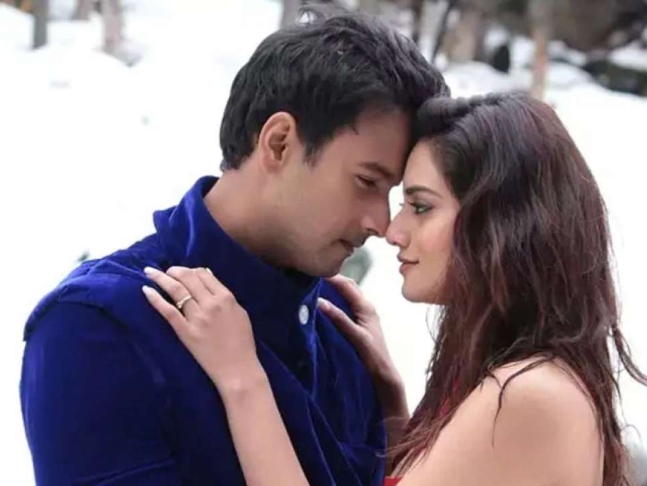 When Yash asked Nusrat to define love, she said, "Togetherness leading to happiness every day. It’s not always hunky-dory, in your words. Love is very tough but you deal with it every day with a lot of love."

During the episode, Yash opened up about how a romantic drive with Nusrat turned into a car chase. He shared that just before her delivery, she wanted to go on a drive with him and wasn't wearing make-up. When the media arrived, Nusrat didn't want to be clicked like that. Yash told, "The problems that heroes and heroines face is that they always have to look good but that is not possible 24x7. We are sitting here now wearing these nice clothes but this is not how we are all the time. Heroines are not like this at home, so they have a fear that the audience might get a glimpse of that look and get scared. So with a face like that, we were going for a drive. Suddenly, the media appeared out of nowhere, just when we were about to get into the car." He was quick to add that Nusrat enjoyed it as the moment was 'very filmy'.