Advertisement
HomeBOLLYWOODENTERTAINMENT NEWSBolly Roundup: Mika gets help from Mumbaikars at 3 am after car breaks down; Amitabh’s look reminds netizens of Sonu Sood and more

Bolly Roundup: Mika gets help from Mumbaikars at 3 am after car breaks down; Amitabh’s look reminds netizens of Sonu Sood and more

Internet is lit with social media posts from our Bollywood celebs. Here’s the latest news about what’s making headlines and going viral today in your daily dose of Bollywood roundup.

The city of Mumbai never sleeps and that has been proven once again! Popular singer Mika Singh and model-actress Akanksha Puri found help on the streets of Maximum City as early as 3 am! It all happened after Mika's car broke down amid heavy downpour early on Sunday. The two were reportedly returning from a wedding when the unfortunate incident happened. Soon after the car stopped midway, pedestrians and locals gathered around to help the celebrities stuck on the road. It was raining and most of the people are seen carrying umbrellas. A video of the same, which has gone viral on social media, shows Mika and Akanksha sitting inside the car, with the singer himself behind the wheel, while the people who had gathered around, trying to fix it. 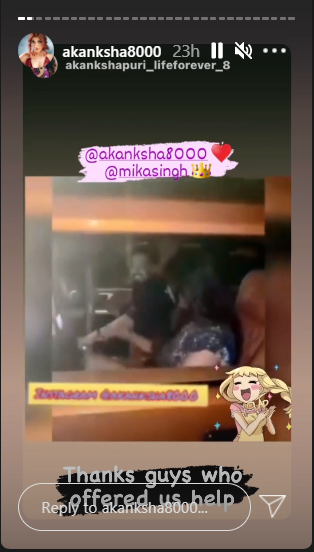 In the video, Mika says in Hindi, "My car is malfunctioning but just see there are so many people who have gathered here to help us. There are at least 200 people over here!" The singer has a tone of gratitude in his voice and a smile on his face. Taking to his Instagram story, Mika wrote: "Yes #Mumbaikars are the best." "Love the spirit of Mumbaikars," Akanksha shared on her Instagram story.

Amitabh Bachchan shared a throwback image of himself from his look test for the film Reshma Aur Shera. In the picture he can be seen dressed as a traditional Rajasthani man. He captioned the post, “My look test for film 'Reshma Aur Shera'...1969... I actually got selected.” His fans loved the picture but several commented that he looks like Sonu Sood. "You look like Sonu Sood. Ditto," a netizen commented. "I thought it's Sonu Sood," actor Jibraan Khan wrote. Interestingly, Amitabh and Sonu worked together in Bbuddah... Hoga Terra Baap wherein they played father and son.

Khushi Kapoor took to Instagram to share a picture of her parents, Sridevi and Boney Kapoor, that appears to have been clicked in the 1990s. Posting the photo, she wrote, “The coolest.” In the photo, Boney can be seen sporting a grey over a white T-shirt and a red cap, as he stood with his arms folded whereas Sridevi stood next to him, wearing a black outfit with a black and white striped shawl draped over her head, and sunglasses.

Telugu actor Satyadev is all set to make his Bollywood debut in Akshay Kumar’s Ram Setu. While he is tight-lipped about his character, Satyadev is comfortable giving the backstory on how the big-budget Hindi project came his way. He told a news agency, “It came out of nowhere. I had not even put my profile up there, and it landed in my lap. It's a very good role. Few things happen and we don't even realise that it's happening and that is how my Bollywood debut happened. I would say this is the best Bollywood debut in terms of where I am placed. I see this as the best opportunity to explore Hindi cinema. It was always part of the plan. I really wanted to explore Hindi cinema and, in fact, all languages. That is how I look at things and Hindi was definitely on my plate. To be honest, I personally feel that things happen to you because you have a thought somewhere lingering around to get them. My predominant thought was always exploring bigger markets, different films in Malayalam, Telugu, Hindi, and Kannada. Hindi was always there in my mind."