Advertisement
HomeBOLLYWOODENTERTAINMENT NEWSArjun Kapoor talks about supporting Janhvi and Khushi post Sridevi's death; says 'I didn’t have enough people when it happened to me’

Arjun Kapoor talks about supporting Janhvi and Khushi post Sridevi's death; says 'I didn’t have enough people when it happened to me’

Post Sridevi's sudden demise in 2018, Arjun Kapoor and his sister Anshula Kapoor stood like a rock beside their father Boney Kapoor's and half-sisters Janhvi Kapoor's and Khushi Kapoor's side.

Speaking about why he decided to put all past difference aside to guide Janhvi and Khushi, Arjun told a portal that all he wanted to do was the right thing. “You don’t always connect to dots. I reacted to situations the way they happened in real time. Couple of years now today, it’s easier for people to assess. My mother taught me to be a good human being, to be as decent to other people as possible. In that moment, I felt it right to lend my support in whatever capacity I could and be there to start with for my father. It also meant that we got a chance to know Khushi and Janhvi. The maturity comes from the fact that I have seen life. If my life was shaken and uprooted at one point and if I can stabilise someone else’s to make sure they don’t go through the hell that I did,” he said. 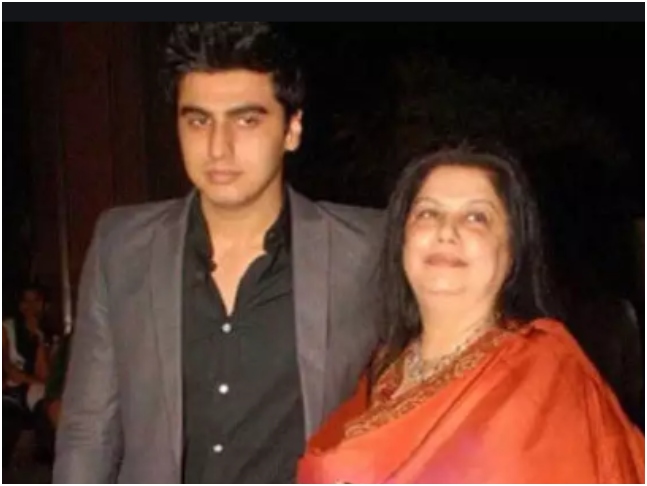 RECOMMENDED READ: Anshula and I did not touch her room for 6 years: Arjun Kapoor on coping with mother Mona Kapoor's death

Under unfortunate situations, Arjun's mother Mona Shourie Kapoor lost her life just 45 days before Arjun's debut film. Similarly, Sridevi passed away before Janhvi was to make her debut in Dhadak. Wishing that he too had someone by his side when his mother had died, Arjun added that he just wanted to make things better for Janhvi and Khushi in difficult times. “I know that when something like this hits you, you need people around you. I didn’t have enough people when it happened to me. I wish I had someone sensible to guide me through it too. I hope I can part some wisdom and help Janhvi handle the bad days. I take tremendous pride in being my mother’s son. If I’m able to put the unfortunate part of my life to use to make someone else’s life better, I would always do that,” he said.

Work wise, he will next be seen in Sandeep Aur Pinky Faraar.