Advertisement
HomeBOLLYWOODENTERTAINMENT NEWSKangana Ranaut reveals she would love to pair up with Ranveer Singh and Ranbir Kapoor, already have projects in mind

Kangana Ranaut is a self made star and headlines her films on her own merit. However, in a live Instagram interaction she revealed with which Gen-Y heroes he would like to pair up. Kangana has always refrained from playing meager parts to heroes so when a user asked her about whom she would like to work with among the new crop of stars, she revealed that she would like to do a film with Ranbir Kapoor and Ranveer Singh but with one condition.

She said, “I am really meaning to work with Ranveer Singh and Ranbir Kapoor, both, provided we have an equal chance.” She said that she does not want to do a film based on the cliché loved stories where the boy saves the damsel in distress. She said that she would love to work on a film made on the lines of Amitabh Bachchan and Jaya Bachchan starrer Abhimaan with Ranbir Kapoor. 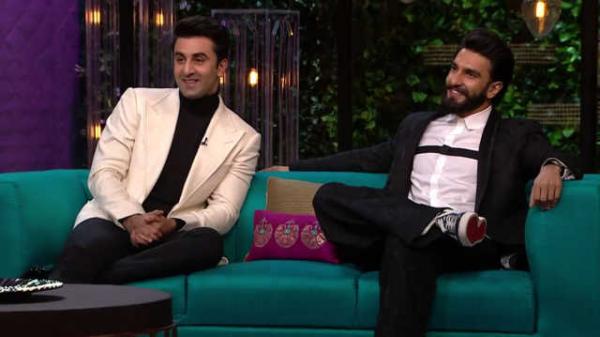 RECOMMENDED READ: 'Can we make people more alert rather than turning it into a holiday period?' asks Kangana Ranaut slamming celebrities for their fun social media videos

On the other hand, for Ranveer she already has the perfect plot in mind and said that she wants to recreate something like A Star Is Born with the star. The Hollywood film featured Lady Gaga and Bradley Cooper in the lead. She also praised Ranveer and said, “Ranveer's energy is too volatile. Ranveer and I can do something like that, His energy will fit perfectly in the role.”

She also confessed that she would like to work with Aamir Khan bringing Dilip Kumar’s and Madhubala’s legendary love story to celluloid with the superstar. She said that Aamir would be a perfect fit in Dilip Kumar’s iconic shoes while she would love to essay Madhubala’s role in the film.