Advertisement
HomeBOLLYWOODENTERTAINMENT NEWSIf there was no 'Bharat', what was 'Mahabharat'?: Kangana Ranaut debunks Saif Ali Khan's 'no India before British' statement

During Panga promotions, Kangana Ranaut put her point of view over Saif Ali Khan’s 'No concept of India before British came in' statement. Saif recently said in an interview, “I don’t think there was a concept of India till perhaps the British gave it one. I don’t think there is really any constructive point in arguing about loudly, provided you yourself know why you’re doing it." Twitter showered its wrath on the actor after his comment went viral.

Now, Kangana has spoken on it. In an interview, during film panga promotions Kangana stated, ‘If there was no 'Bharat' then what was 'Mahabharat'' What did Ved Vyasa write then’. Kangana continued, "A few people have made the narratives that suit them but Lord Krishna was in Mahabharat, and that means Bharat was there at that time too. All the great kings of 'Bharat' fought the battle then. There was a collective identity even then called 'Bharat'." She further continues, "Now they say, that the territories should be different and should be split. But the division in three that happened then, people are still suffering from that. I will never stand with the tukde tukde gang" 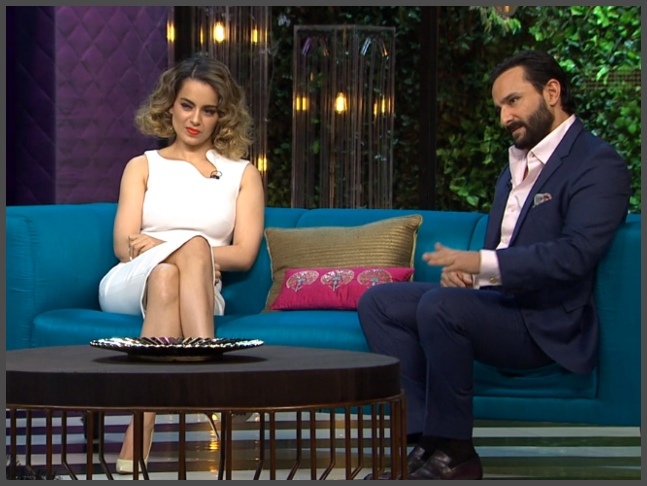 Recommended Read: Twitter showers its wrath on Saif Ali Khan after his 'no concept of India before the British' comment goes viral

Previously, Kangana and Saif got involved in a controversy when Saif made fun of her on the IIFA stage for her comments against nepotism in 2017. In an open letter, Saif wrote that he had “apologised” to her, and he doesn’t “owe anybody else an explanation. The issue is over.”