Saif Ali Khan's menacing smile in the latest poster of 'Tanhaji - The Unsung Warrior' screams evil; trailer out on November 19, 2019

After Ajay Devgn, the fifth poster from Tanhaji - The Unsung Warrior has been released by the makers starring Saif Ali Khan. The actor will be seen playing the role of Udaybhan Rathod, the Rajput military officer serving in Aurangzeb's army, who took on Maratha general Tanaji Malusare in the Battle of Sinhagad.

Saif is a menacing warrior on the battlefield, playing the role of an antagonist. With kohl-rimmed eyes, sporting an armor, and an evil grin, Saif's poster is equal measures exciting and dark. The actor's second poster is making the wait harder for the fans. With the poster, the makers also announced the trailer launch date of Tanhaji as November 19, 2019. They also announced that the film will release in 3D. 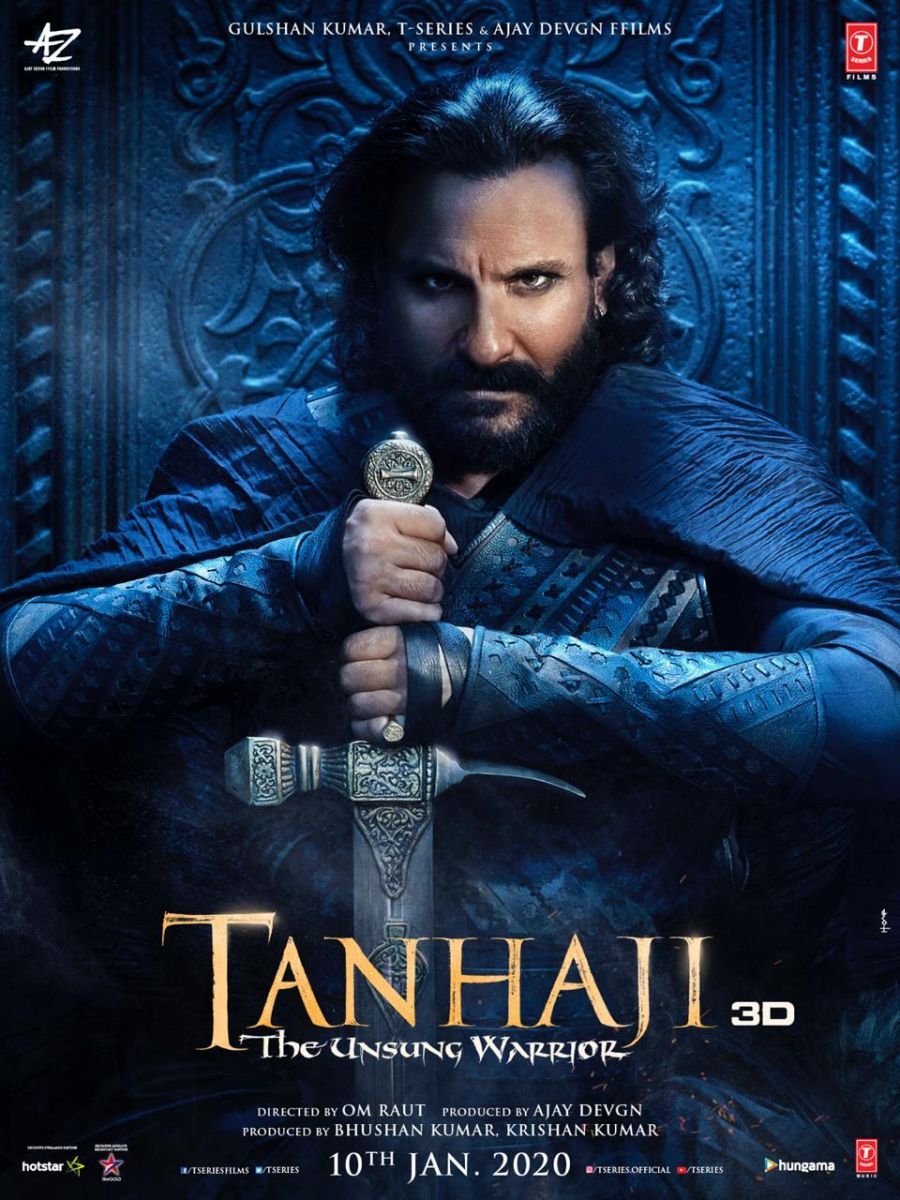 Recommended Read: MIGHT that cut deeper than a sword! The second poster of Tanhaji - The Unsung Warrior ft. Saif Ali Khan as Udaybhan Rathod screams evil

The Om Raut-directed venture will see Ajay as Tanaji Malusare and Kajol in the role of Savitri Malusare. Tanhaji - The Unsung Warrior is produced by Ajay Devgn’s ADF and Bhushan Kumar’s T-Series and will release on January 10, 2020, in 3D.