The makers of Sajid Nadiadwala's Housefull 4 released its trailer today. The film, which has an ensemble star cast of Akshay Kumar, Kriti Sanon, Riteish Deshmukh, Pooja Hegde, Bobby Deol and Kriti Kharbanda, is touted to be the biggest entertainer of this year. The film will run on two timelines - the past (1419) and the present (2019). The film revolves around reincarnation and will have two tracks, one featuring the protagonists’ lives in the present day and age while the other is set 500 years ago.

The trailer takes us on a hilarious journey of ultimate chaos, confusion and madness as the film promises to offer a crazy and chaotic ride. Watch the trailer here:

Touted as an 'epic incarnation comedy', Housefull 4 trailer opens in a fictitious place called Sitamgarh in 1419. Akshay plays two characters, Rajkumar Bala from 1419 and Harry from 2019. Suddenly, Harry remembers all the events from his past live, and embarks on his journey to find his one true love — Kriti Sanon's Madhu. As the trailer promises that, "sometimes it takes two lifetimes to fall in love", the six lovers, who were parted because of an evil conspiracy and revenge in the era of 1419, cross paths once again in 2019. When the three boys realise that they are with the wrong women and are about to marry their sisters-in-laws, they try to fix their present. Expectedly so, it leads to utter confusion as the lead characters put you on a laughing riot. Special mention to Nawazuddin Siddiqui, who makes a brief appearance in the trailer, and Rana Daggubati for coming in as the antagonist. 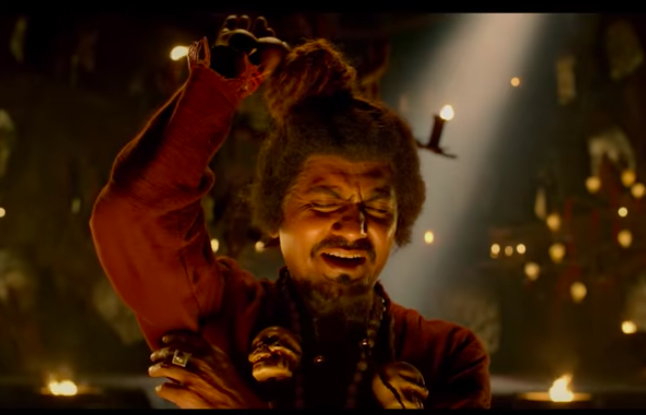 Recommended Read: From 1419 to 2019, get ready to witness the world of Akshay Kumar's multi-starrer 'Housefull 4'; logo poster out

Housefull 4 is directed by Farhad Samji and will release on Diwali this year. The film also stars Chunky Panday and Boman Irani. It was in 2017 that producer Sajid Nadiadwala made the big announcement about the film. Housefull 4 went on floors in 2018 and now is all set for its big release.

It will happen with the three of us as we are very keen: Suniel Shetty

Vijay Deverakonda's next with Puri Jagannadh goes on floors; film to be jointly produced by Karan Johar's Dharma Productions