Advertisement
HomeBOLLYWOODENTERTAINMENT NEWSVicky Kaushal's and Nora Fatehi’s passion all set to light up the screen in T-Series' upcoming single 'Pachtaoge', to release on August 23

Vicky Kaushal's and Nora Fatehi’s passion all set to light up the screen in T-Series' upcoming single 'Pachtaoge', to release on August 23

Off late, we have seen Vicky Kaushal play a patriotic hero but what would we not do to see him play a passionate man, madly in love! The wait seems to be over with T-Series’ new single, Pachtaoge. Love never showed more sincerity than Vicky and betrayal never had a more beautiful face than Nora Fatehi’s, the wonderful performers who have teamed up for the music video which will release on August 23, 2019.

The actors, too, are glad they got a chance to show a different side of their acting repertoire. “This year the audience gets to slowly see my acting abilities with projects such as Batla House and the forthcoming Street Dancer 3D! I’ve been waiting for such opportunities to come my way as I’ve always wanted to be an actress. Now, with a project like Pachtaoge, I got to purely showcase my acting skills to another level. I would like to thank T-Series and Bhushan Kumar sir for letting me be part of this performance-based music video. I am also excited to work with Vicky Kaushal, who is such a celebrated actor. Pachtaoge is surely a step forward in my career and hopefully will be a pleasant surprise for the audience,” said a delighted Nora.

Vicky, too, was all praise for his co-star. “This is the first time I have shot for a single and who better than T- Series and Bhushan Kumar to collaborate with. It was a memorable experience shooting with Nora in Shimla. She's a person who radiates positivity. We had a lot of fun shooting with her. When I heard the song for the first time, I heard it ten times in one go! I've been following B Praak and Jaani's work for long and I was happy to work with them,” he smiled, adding that “it’s an honour to be associated with the music label.” 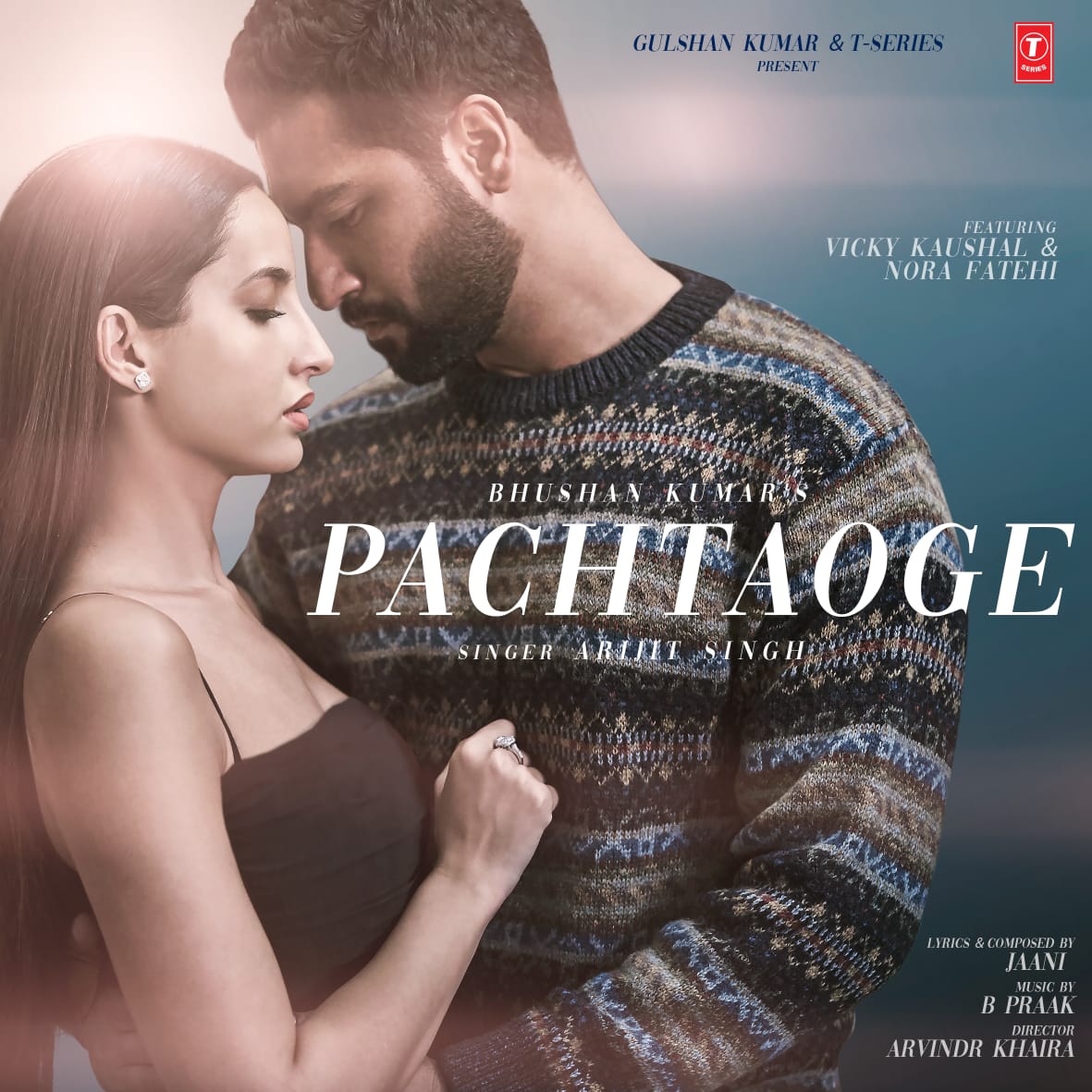 Composer B Praak’s haunting music combined with Arijit Singh’s achingly passionate voice and Jaani’s evocative lyrics take the track notches higher. Director Arvindr Khaira said, “It was lovely shooting this with Vicky and Nora, they’re both great performers. We wanted the look and feel of the video to reflect the emotions in the song. Shimla’s cobbled streets and architecture seemed like the ideal backdrop to set our story against.".

One of the highlights of the video is the sizzling chemistry between the on-screen couple and producer Bhushan Kumar says he couldn’t be happier bringing Vicky and Nora together for the single. “It’s been a while that we saw a music video which is so passionate and packs in so much intensity. Vicky and Nora have done a wonderful job,” said the music czar.