Director Anubhav Sinha’s upcoming film Article 15 starring Ayushmann Khurrana in the lead has fueled a lot of controversies as several upper castes and the Brahmin community has raised objections on the trailer of the film alleging that their community has been shown in a negative light. Karni Sena has also issued protests against the film. The film revolves around Article 15 of the Indian Constitution that prohibits discrimination on the grounds of religion, race, caste, sex, place of birth or any of them and the name of the film is taken from there.

Although, the film has been passed by CBFC with only five nominal negligible cuts several Hindu outfits have issued death threats to Sinha and his family members. Today, Sinha took to his Twitter account and shared an open letter to address the controversies surrounding the film Article 15. He assured that the film does not show Brahmins in poor light and not to judge the film by the trailer. He also apologized if the trailer has hurt anyone’s sentiments. Sinha also requested the media persons who have been privy to a special screening of the film to speak up and reassure the masses that the film does not show any caste in a bad light.

An open letter to all offended from my film's trailer #ARTICLE15 pic.twitter.com/LE8QTjpkLx 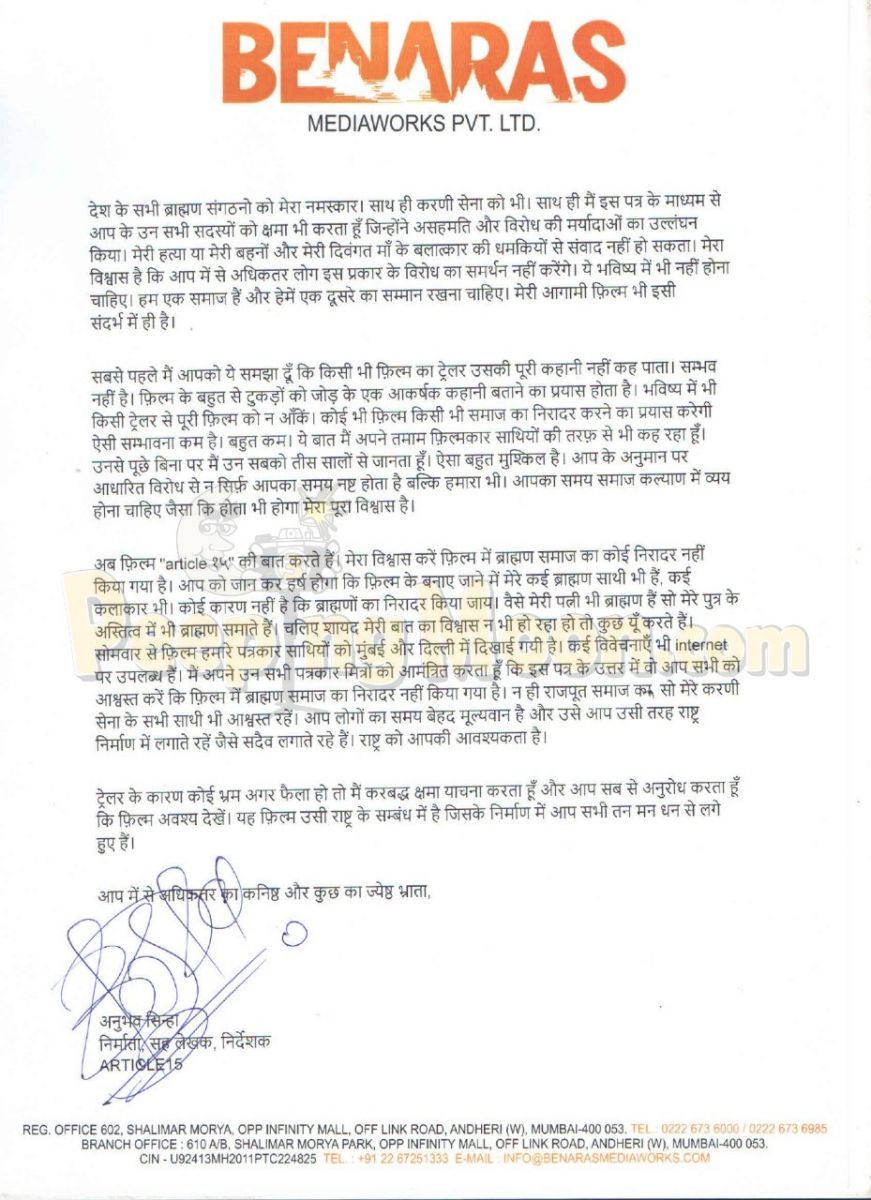 Watch: The budget was like an Akshay Kumar film: AR Rahman on being ex

Dabboo Ratnani Calendar 2020: From Bhumi, Kiara to Hrithik and Tiger, Bollywood goes bold and hot in their never seen before side

'Angrezi Medium' song 'Ek Zindagi': Irrfan and Radhika Madan depict how far a father will go for his child's dream in this heartwarming track