Firstly, Ayushmann Khurrana is no Ajay Devgn or Manoj Bajpai wearing khaki in the rural districts and grittily dealing with the criminalization of politics, corrupt cops, fearless outlaws, ravaged women and a flawed administration. So don’t look for Gangaajal or Shool in Article 15.

Ayushmann’s cop, the IPS officer Ayan Ranjan who gets a punishment posting to Lalgaon Police Station in the caste-ridden heartland of India, is sensitive and suave but without blood and guts because this is not that kind of film. Ranjan does draw his holstered pistol but never has cause to fire, because the crime has already been committed, the criminals are known and are roaming at large, he has to defy his department and the CBI which is seeking to suspend him and bring them to book. In doing so, Ranjan reminds us that in parts of India, untouchables still live in the gutters, but Article 15 was drafted in the Constitution to prohibit discrimination of Indians on the basis of religion, race, caste, sex or place of birth.

Recommended Read:  An actor should be fearless with his choices, says Article 15 star Ayushmann Khurrana 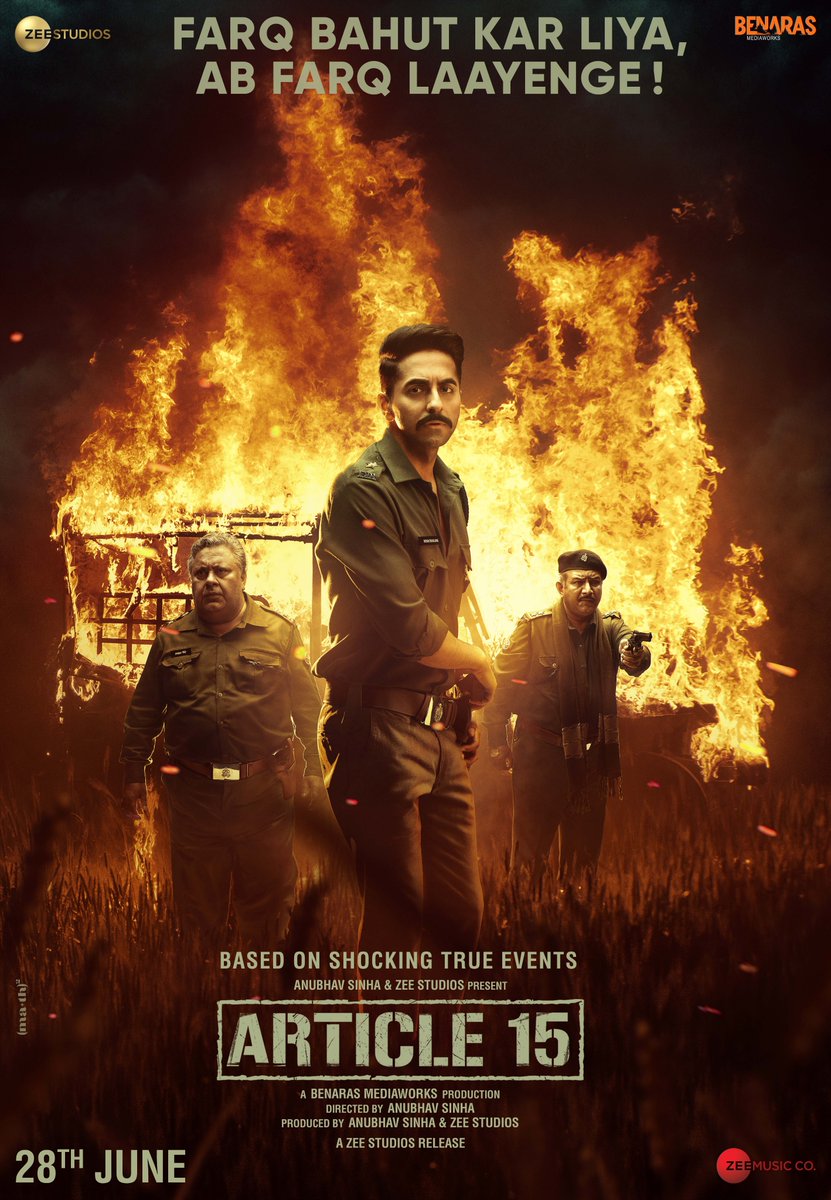 The story is simple enough even though Article 15 is of the crime thriller genre. Three girls disappear in Lalgaon; two are found hanging from a tree, the third is missing or in hiding. His subordinates (Manoj Pahwa and Kumud Mishra) have been there and done that. Before the bodies turn up, eerily swinging at the end of their ropes, they tell Ranjan the missing girls will return and try and convince him to speedily close the case. But he’s St. Stephens educated in Delhi, and he’s lived in Europe, he senses worse and in one of many conversations with his wife Aditi (Isha Talwar) on the phone observes that “it’s like the wild, wild West” in Lalgaon. It’s the despicable caste discrimination and social inequalities monster raising its ugly head.

Ranjan will not yield to pressure, nor is he put off by obstacles, discouraged by threats. He’s committed to investigating the crime and exposing the truth even if it means plunging in fields of sewage where pigs used to live to go in search of the missing girl himself.

The film is as dark as it is enlightening; it is as grey as it is thought-provoking; and, it is also as hard-hitting as the burning social issues it seeks to highlight in a grim thriller format. Of course, Article 15 has its flaws, it tends to drag a bit, even though the narrative tries to be crisp and keep you on edge. See it for the brilliant cinematography (Ewan Mulligan) which is so stark it is real, the background score which compliments the chilling tension in the air, and the first rate performances by Ayushmann, Manoj, Kumud and Mohammed Zeeshan Ayub. There’s also Sayani Gupta, intense and poignant, slipping into her role easily with submission, horror and fear reflecting in her large eyes. 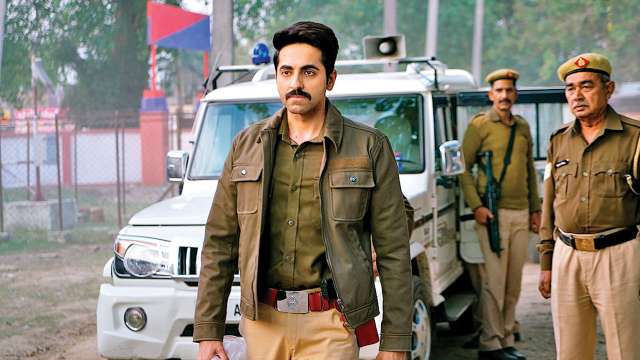 Anubhav Sinha brings out one of Ayushmann’s finest performances by getting the actor not to emote but to express himself with silences and stares. Anubhav also delivers a strong message without sugar-coating the bitter facts. Article 15 is by no means an entertainer; but it makes a compelling watch. Especially if you aren’t aware of ground realities still existing in rural India where the upper caste would rape and murder a lower caste girl just for three rupees – less than the cost of a bottle of mineral water, as Ranjan tells the CBI officer investigation his alleged dereliction of duty.

Though why Bob Dylan’s name comes up in the credits even while his “protest song” Blowin’ in the Wind about peace, war and freedom plays as Ayan Ranjan drives to Lalgaon, is a bit of a mystery.