There are many AKs in Hindi cinema at this point of time; namely, Anil Kapoor, Akshay Kumar, Arjun Kapoor, Akshaye Khanna, etc. However, the AK who spells excitement with a capital ‘E’ is Ayushmann Khurrana. This poster-boy of good cinema is someone who has the critics and audience united in their choice of him. Hence he’s where he is. Meeting him for this interview was especially nice because he’s charming, witty and grounded. Over to AK...

Article 15 talks of no discrimination on the grounds of caste. You are now this go-to guy for taking a stand against societal issues.

Not true. This is the first time I have actually done a film that backs a cause. Or what you term socially relevant. Other films that I have done in the past, like Vicky Donor (sperm-donation) and Shubh Mangal Saavdhan (erectile dysfunction), have dealt with taboo subjects. Or subjects that were not part of drawing-room conversations. This is the first film that I have done that is socially relevant and blatantly talks about the caste system. Till now we have played safe with such subjects. Played with them on the back-foot. In this film, we are talking about the caste system openly like we do in our normal lives. That’s how Article 15 is a different and very important film.

Astute critics have remarked that you have this knack of picking up the best scripts. So, is there a mantra here?

No, I play by my gut. There was a time in my career when I listened to a lot of people. However, the day I started listening to my instinct, core, gut and values, I started to fare better. I have a street theatre background. We used to pick up taboo subjects and present them in a socially relevant way during college. It is a similar method with my film scripts. What I did in college then is what I’m doing with my career now. This is really helping me. It is all about self-discovery. Ayushmann Khurrana in a still from Article 15

Right now, I have certain clarity at the back of my head. The difference between an actor and a star is that an actor who does successful films by default becomes a star. Keeping the actor’s sensibilities in mind you should be ready to do anything. An actor should be fearless with his choices. However, you should take care of the commercial sensibilities also. If there is a script that tackles a cause, it should be padded with good entertainment. That is an important criterion. It should have value creation but in an entertaining way.

After huge commercial hits like Andhadhun and Badhaai Ho, how did you feel going into an Article 15? Are there any fears on the commerce angle?

After a successful stint, I have the courage to choose a film like Article 15. I felt the need to fulfill social responsibility. There is a give and take the relationship between society and cinema. Sometimes you take from society and sometimes you need to give back to society. Ayushmann Khurrana in a still from Article 15

When did this awakening begin?

I saw this documentary called India Untouched four years ago. It starts with a Dalit entering a Brahmin village in Tamil Nadu. As soon as he enters, he takes off his slippers, puts them on the carrier of his bicycle and walks through the entire village barefoot, without keeping his footwear on the ground. Once he leaves the village, he wears his chappals.
On another occasion, my wife Tahira and I were looking at some property. And, we happened to notice a scavenger cleaning a nullah. It is the most disturbing thing to see. Do you know that the average life of a human scavenger is 40 years? They don’t live beyond that because of what they are put through. Also, it’s a shame that this happens only in India. Nowhere else in the world does this kind of thing happen.

What we are talking about in Article 15 is an important and sensitive issue. It’s a relevant film. Even until recently there were separate wells for Dalits in Gujarat. I have done Article 15 because I feel deeply about this issue. It’s not just because I’ve liked the script. My reasons for doing it runs deeper. Do you know the privileged class is just 30% of India? And that 70% of India has a hard existence? That is shown in Article 15. It’s an eye-opener.

Your next lot of films is amazing — Bala, Dream Girl, Shubh Mangal Zyada Savdhan and Gulabo-Sitabo. All slated for this year? 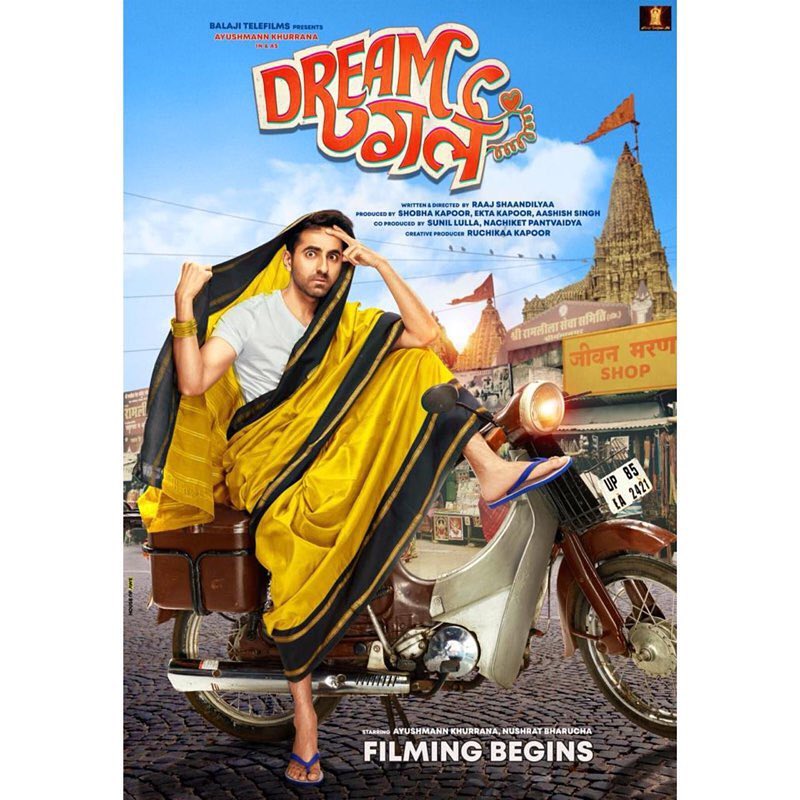 Are you excited to be working with Amitabh Bachchan?

Yes, I’m absolutely honoured and excited to be working with Mr. Bachchan. It was a part of my bucket list to work with him. He’s phenomenal. According to me, he is the only mega-star in our country. He’s inspiring. His contemporaries have retired but he’s still going strong. I love the way he embraces life. He doesn’t say no to life and that makes him so inspiring, so special. He keeps evolving. What I love about him is that he just knows everything.

Is Shoojit Sircar (your mentor) proud of you? From Vicky Donor until the present, he must have noticed your growth, as an actor and a star.

Shoojit is a man of few words. If he notices that I have done some good work, he will send a text saying – “Good work”. That’s it. He is real as a person and also so detached at the same time. 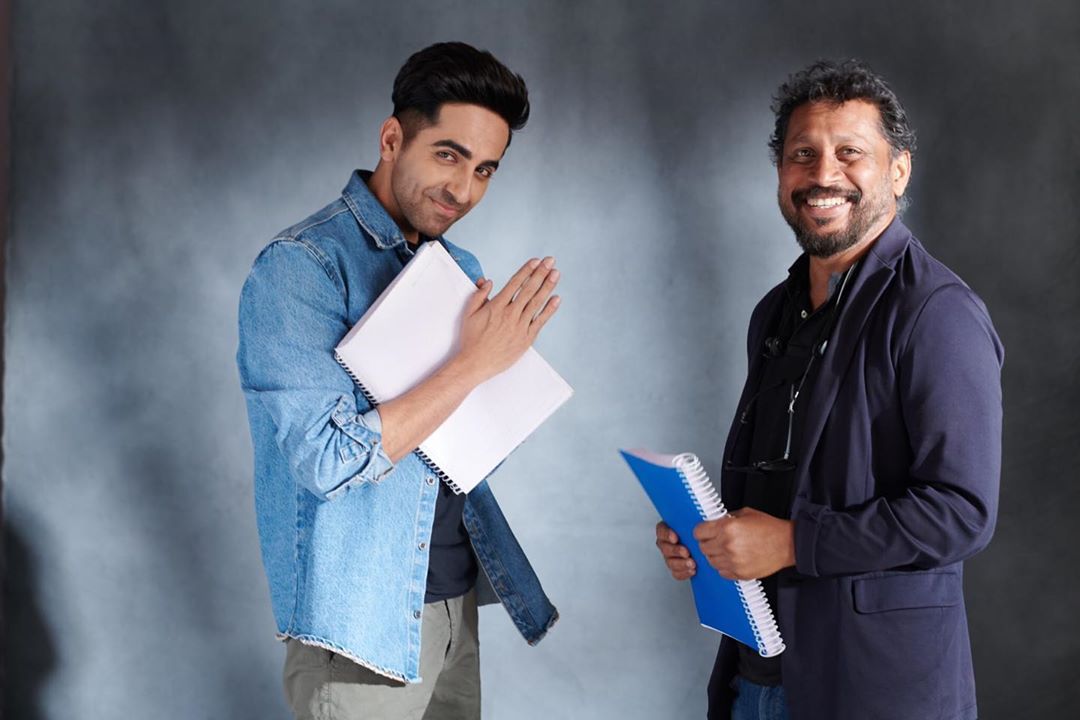 Who keeps you grounded if you tend to fly?

My wife Tahira keeps me grounded more than anyone else. My parents are happy that I am doing well. My father is a Bollywood fan and he was excited to attend the Filmfare Awards, etc. However, my wife is very balanced.

Hasn’t this year been extra-busy?

It’s a unique year. Normally I do two films a year. However, this year I have been working continuously. I’m shooting five films back to back and I have had little time for my family. Tahira has been going on vacations with the kids. I wish I was there with them. But, as I said, this year has been unique. Their summer break has been a working one for me. However, I am hoping that perhaps in August end or early September, we could take a short vacation together. 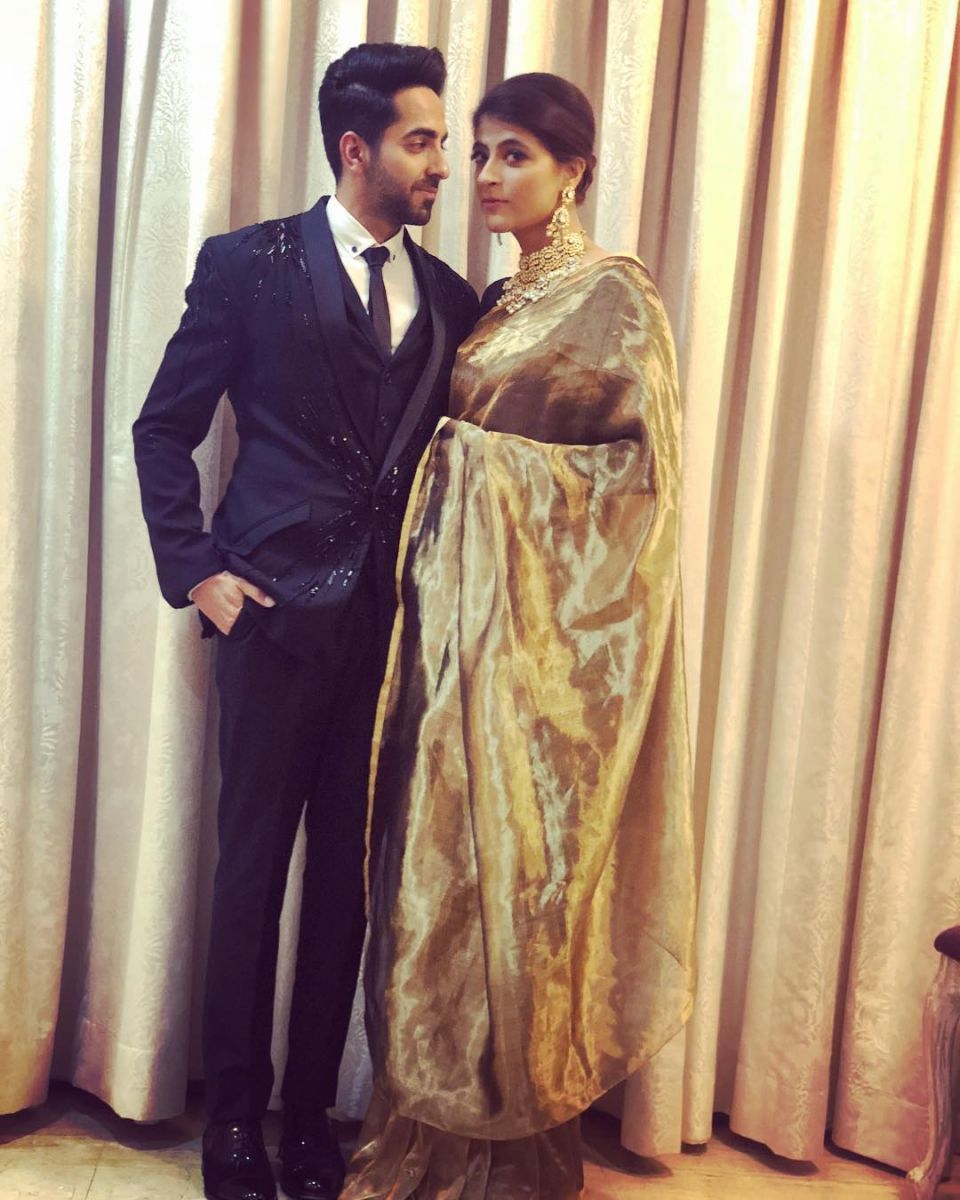 So, acting has become your life?

I firmly believe that acting cannot be your life. When you live life, you get more references to draw from and this can come in handy to an actor. I’m not a method actor. I’m a keen observer and whatever I see in life helps me in my acting.