Varun Dhawan and Shraddha Kapoor are teaming up once again for their dance film Streed Dancer 3D and have been shooting for the film for the past few months. The entire cast and crew of the film include several noted choreographers who have been a part of Remo D’Souza’s earlier films like ABCD and ABCD2 and have worked with Varun and Shraddha in the latter. So with so many young actors around there is bound to be some fun, laughter and probably food too.

Choreographer-anchor Raghav Juyal shared a fun picture today of Shraddha and Varun on Instagram today where we can see Varun feeding sweets to Shraddha intent on breaking up her diet. Since Street Dancer 3D is a dance film, Shraddha has been on a strict diet but looks like Varun and company resorted to break her resolve. Raghav captioned the picture as, “When u force a friend to skip your diet hahahah @varundvn @shraddhakapoor” 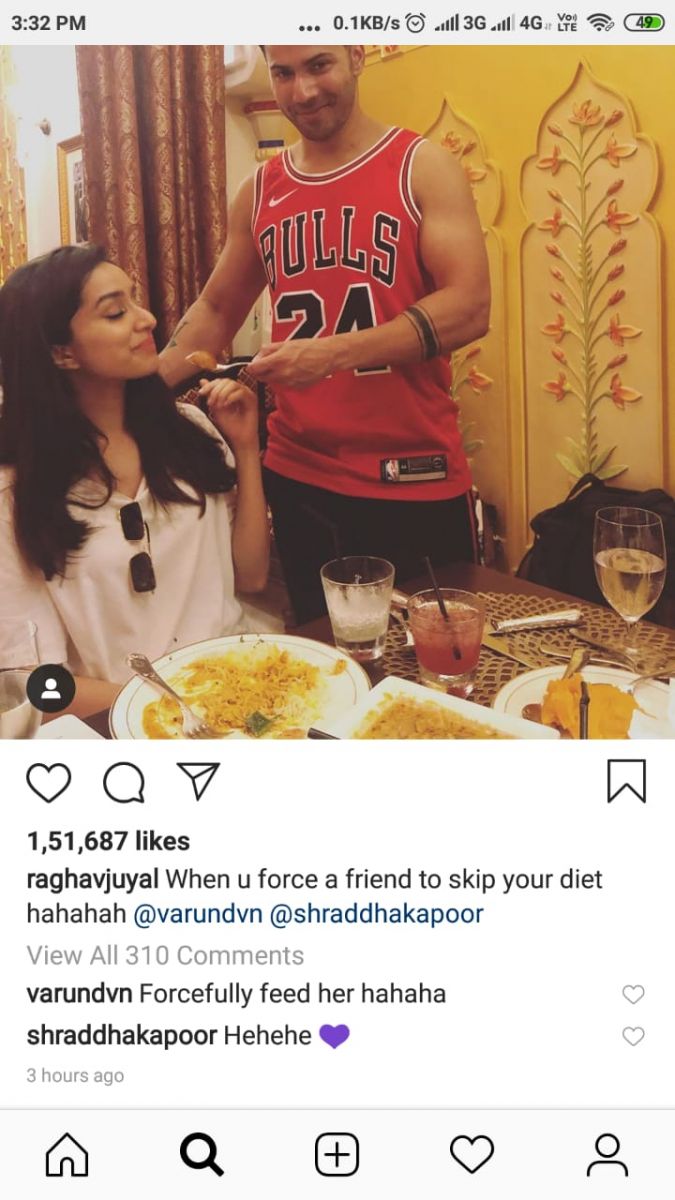 Varun also commented on the post and wrote, “Forcefully feed her hahaha.” Street Dancer 3D’s last leg of shoot is being shot in Mumbai currently. The film has been shot in Amritsar, London and Dubai. The film also stars Prabhu Dheva and Nora Fatehi. Street Dancer 3D is directed by Remo and is produced by Bhushan Kumar. It is slated to release on January 24, 2020.

Is Amitabh Bachchan's grandson Agastya Nanda preparing for his Bollywo