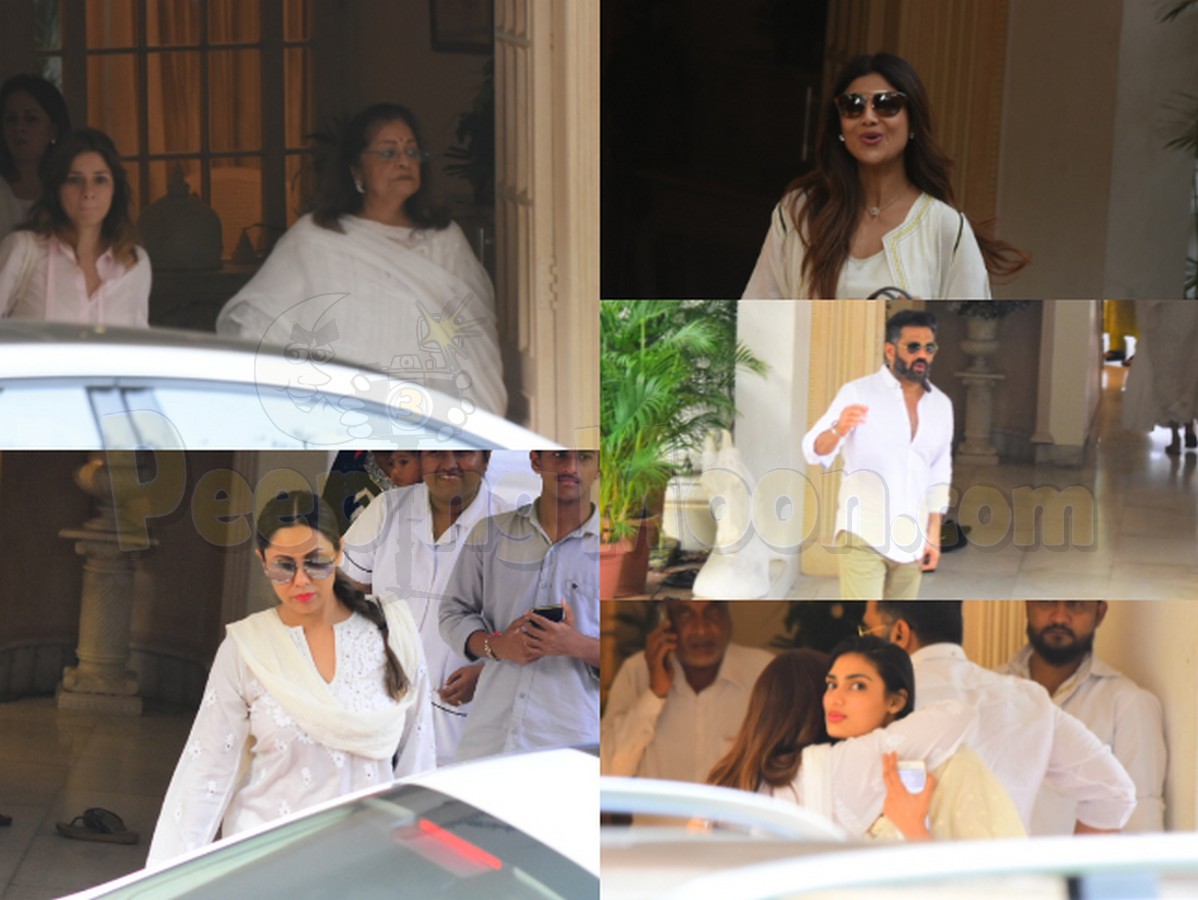 Bollywood’s First Lady Krishna Raj Kapoor passed away yesterday. She was 87 years old. Krishnaji was well respected and revered by many Bollywood celebrities for her warmth, humour, elegance and poise. She was the wife of veteran actor-filmmaker Raj Kapoor and is survived by her five children - Randhir Kapoor, Rishi Kapoor, Ritu Nanda, Rajiv Kapoor and Rima Kapoor Jain.

Her funeral yesterday was attended by the who’s who of Bollywood and the celebrities paid tribute to the charismatic lady. Today, Suniel Shetty, Athiya Shetty, Shilpa Shetty, Hiroo Johar and Gauri Khan were snapped visiting her bungalow to offer their condolences to the bereaved family.

Suniel was accompanied by daughter Athiya.

Karisma Kapoor and Kareena Kapoor looked grieved at the loss of their grandmother.

Ranbir Kapoor's sister and Krishnaji's granddaughter Riddhima Kapoor Sahni was also there with her husband Bharat Sahni and daughter Samara.