Big relief has come in for Aryan Khan as the son of actor Shah Rukh Khan & Gauri Khan has been given a clean chit in the drugs-on-cruise case. Aryan is not a part of any larger drugs conspiracy or an international drugs trafficking syndicate.

No drugs were found on Aryan, and neither was he in contact with any dealer. The allegations put against the star kid by NCB at the time of his arrest are not in the charge sheet. Preliminary, it seems everything is fabricated. 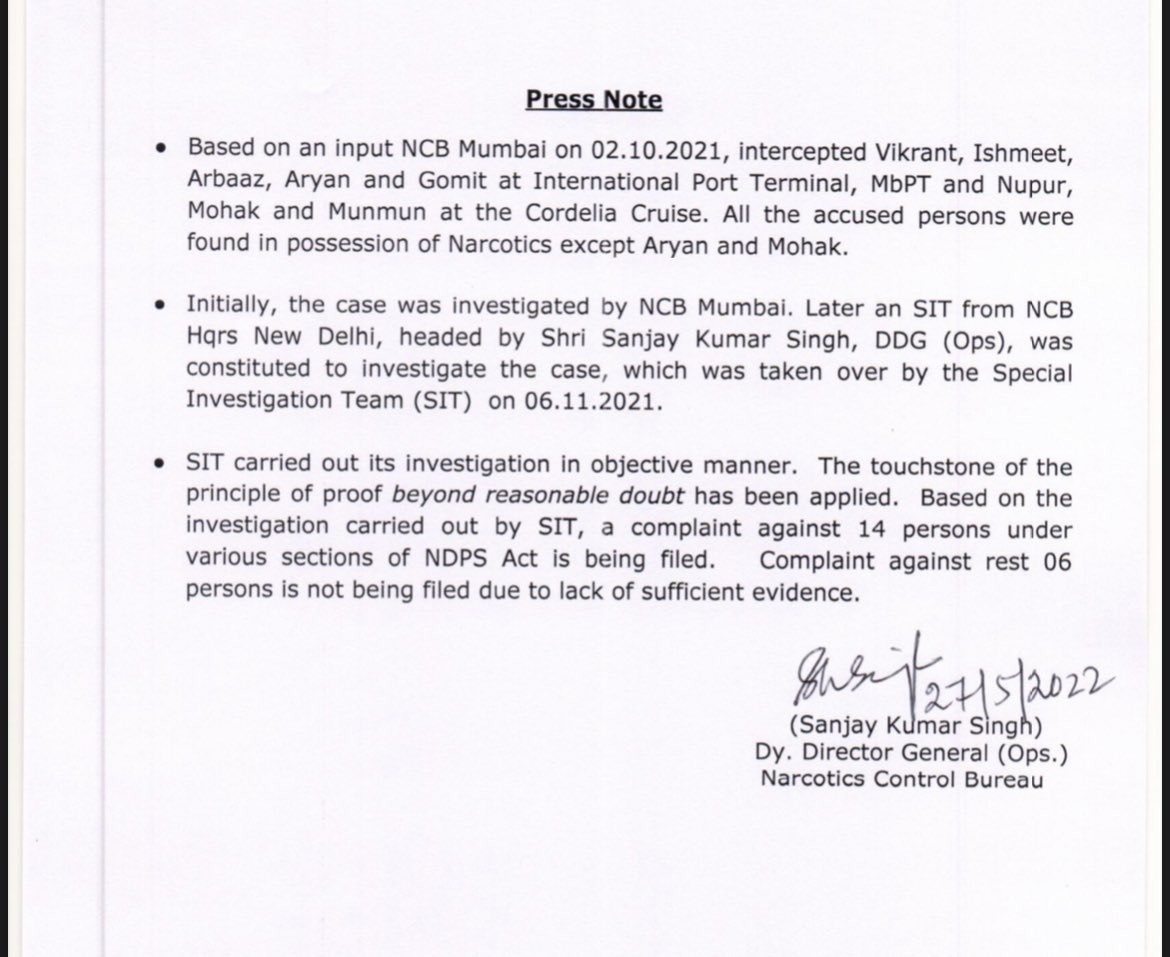 For the unversed, Aryan was arrested by the anti-drugs agency on October 3 following a raid on a cruise ship off the Mumbai coast. On October 28 -- three weeks after the arrest -- he was granted bail by the Bombay High Court, which found multiple holes in the agency's case against him.