A police complaint has been lodged against Bollywood actor Kangana Ranaut with the Kolkata Police for her demeaning and insulting tweets, which have hurt the sentiments of the people of West Bengal.

Kolkata police have turned a written complaint in First Information Report. The FIR states that Kangana has spread 'hate propaganda to incite communal violence' in West Bengal. The FIR further states that the actress has 'distorted and maligned the image of West Bengal Chief Minister Mamata Banerjee'. The report ends with asking for 'strict and necessary action' against the actress. 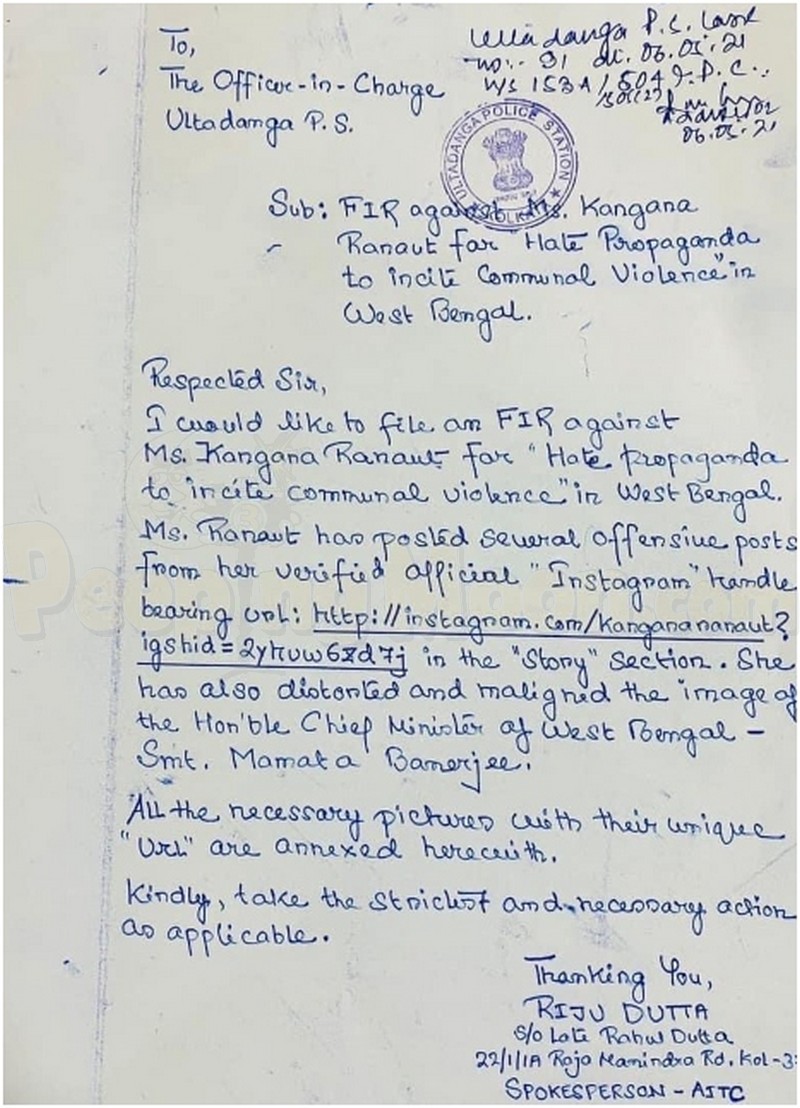 Kangana's official Twitter account was suspended earlier this week after a series of controversial tweets. In the tweet that appeared to have spurred the action, she urged Prime Minister Narendra Modi to ‘tame’ Mamata Banerjee using his ‘virat roop’ from ‘early 2000s’ in Bengal. The tweet has also created an outrage on social media.

After being suspended from Twitter, Kangana posted a video on Instagram talking about West Bengal violence. She captioned the video as, "Distressed, beyond words, death of democracy important message for our government #BengalBurning #bengalviolence"