Designer Anand Bhushan put up a post on Twitter, with the caption “Do the right thing (sic).” In his statement, he wrote, “In view of certain events today, we have taken a decision to remove all collaboration images with Kangana Ranaut from our social media channels. We also pledge never to be associated with her in any capacity in the future. We as a brand do not support hate speech (sic).”

Do the right thing. pic.twitter.com/p72a7zqFz9 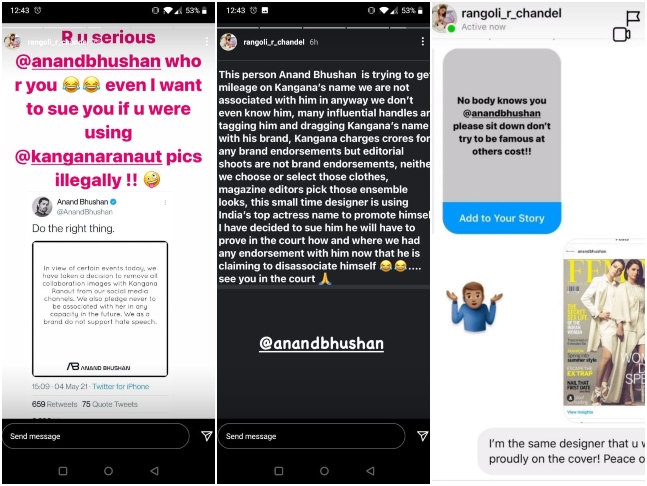 Sister Rangoli Chandel showed her distaste towards this decision by the designer on her Instagram stories. 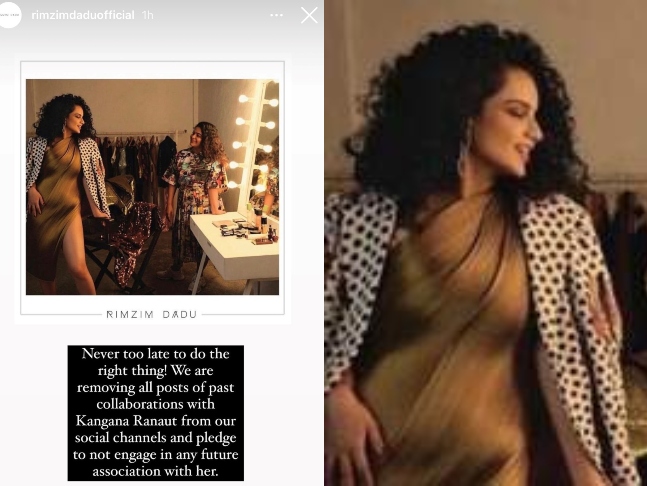 Actress Swara Bhaskar appreciated the two designers for calling out the “hate speech” and standing up against it.

Pleasantly surprised to see this! Kudos to you @AnandBhushan & #RimzimDadu for calling out hate speech and incitement to genocide in a direct manner! Stand tall you guys! ♥ pic.twitter.com/G1Gd82bbmL

This decision was taken in light of the recent events where Kangana took to Twitter and made some objectionable series of tweets about the West Bengal post-election violence and thus is facing a permanent suspension of her account.

We didn't want to be in front of it: Mary-Kate and Ashley Olsen open u

Victoria’s Secret ditches its 'Angels' for 'The VS Collective'; Priy

Ditching designer wear, Yami Gautam opts for mother's saree for wedding with Aditya Dhar; does her own makeup