EXCLUSIVE: Comedian Abhishek Walia accuses producers Preeti and Neeti Simoes for non-payment; says production houses like these should be banned!

Abhishek Walia, the winner of The Great Indian Laughter Challenge 5 recently accused the producers of TV show Movie Masti With Maniesh Paul – Preeti Simoes and Neeti Simoes for non-payment of his dues. According to him, he worked with the Simoes sisters for almost 10 days; however, the duo refused to pay him the salary in spite of reminding them again and again.

In an exclusive interaction with PeepingMoon.com, Abhishek revealed, “In the month of September 2019 I was contacted by Neeti Simoes to write for her show Movie Masti With Maniesh Paul. I agreed to and went for the trial shoot and got a message from Neeti on the sets only that I am good to go from their side and they offered me a particular amount. I told her I was expecting more to which she said she is going to work with me on digital medium too and will make up for the amount in that project. I agreed to it and continued working with them. I went to every jamming session, team meetings, shoots and was part of everything as a writer for the next days till September 26 which was the shoot day. The shoot got over at 11:30 pm in the night. I came back home. The next day was off and I had a show in Jaipur so I went for the show. There I got a call from Neeti saying they have too many writers on board and since this is a game quiz show, there isn’t much writing space which we have realized after shooting 4 episodes so let’s work on that digital show with Malika Dua later on and so, let’s not continue this project from now on. Obviously it’s their prerogative and I nodded to that. I asked for the salary for the number of days I had worked. She provided me with her accountant's number. Her accountant asked me to submit an invoice which I did immediately. Then, started the put off game.” 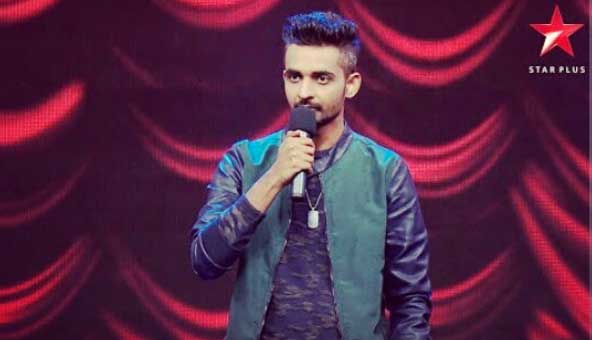 He further added, “Everyday I used to follow Sachin (accountant) and he would tell me he is going to do it in the evening, tomorrow, after the weekend. It kept on going for quite a while. Finally, he asked me to talk to Neeti. I messaged Neeti she told me 'You have submitted an invoice for 12 days. September 16  was your trial day and your first official working day was September 18.' I said okay, then pay me for 9 days. Neeti said we will check how many jokes of mine they have used which is impossible to count because nobody keeps a record of ‘which joke was given by whom’ in jamming sessions! I asked her to pay me according to the number of days I have worked since I was hired on a monthly basis. To this, Neeti pacified me by saying that they will give me some token money since they wanted to work with me in the future. I even agreed to that in spite of knowing that I deserved to get the salary for the number of days I worked.”

Since Abhishek did not receive his money, he decided to take this issue on social media. Talking about it, he said, “One month passed by, I didn’t get a single penny from them. Finally, I messaged her saying I will resort to social media if you are not going to pay me. I was literally shocked by her reply that we will also counter it saying that you are harassing us because we are girls. I feel it’s high time, production houses like these should be banned so that writers/artists do not get conned or exploited by them.”

Preeti and Neeti refused to comment on the news.