Comedian-host Maniesh Paul will be hosting the upcoming Bollywood game show titled Movie Masti With Maniesh Paul and the first guest on it will be none other than the Khiladi of Bollywood, Akshay Kumar. Reportedly, Maniesh approached Akshay with the idea of him inaugurating the show which the latter agreed for it.

“When I approached Akshay sir for it, he said, ‘Maniesh tera show hai, baat hi khatam’, I’ll be there for you’. He is a superstar with zero attitude. He is super grounded. He is so forthcoming — he won’t say main ye nahi karunga ya karunga. He gets involved in the show. He has been a guest on other shows I have hosted and it’s always been a lot of fun. We have a Punjabi connect and our humour matches,” Maniesh said in a statement. 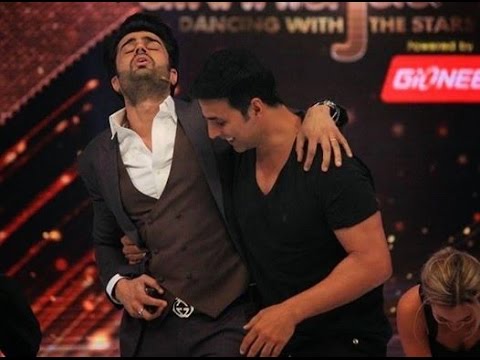 Maniesh also appreciated Akshay for his dedication to fitness and punctuality. He said, “I’ve always looked up to Akshay sir, he started from scratch and today is one of the biggest superstars. Whether it is his punctuality, fitness or dedication, he is so inspiring. Now, I look forward to shooting with him for my show.”

Hosted by Maniesh, the show will unravel the unseen and unscripted side of Bollywood celebrities by subjecting them to tricky tasks, fun games and rapid-fire quizzes, all about films. The show will see 4 hot Bollywood celebrities coming in each week to participate in the game show with the common man as their partner in proving that their filmy quotient is the highest.

Together, their love and passion for movies will be put to test and interrupting them every step of the way will be this mischievous, naughty, seductive padosi Bhabhi played by Bigg Boss fame Monalisa.

She tenders an apology to the Indian Army and pay damages of  Rs. 100