Television actress Deepika Singh gave a befitting reply to a troll who criticized her Odissi dance. The actress who is quite active on her social media recently posted a video on Instagram where she was seen dressed in traditional attire and was performing the Odissi folk dance.

In the video, Deepika looked pretty graceful and in fact, a lot of her fans appreciated her for the dance. However, one of the social media users did not like the dance and she trolled the actress for the same. 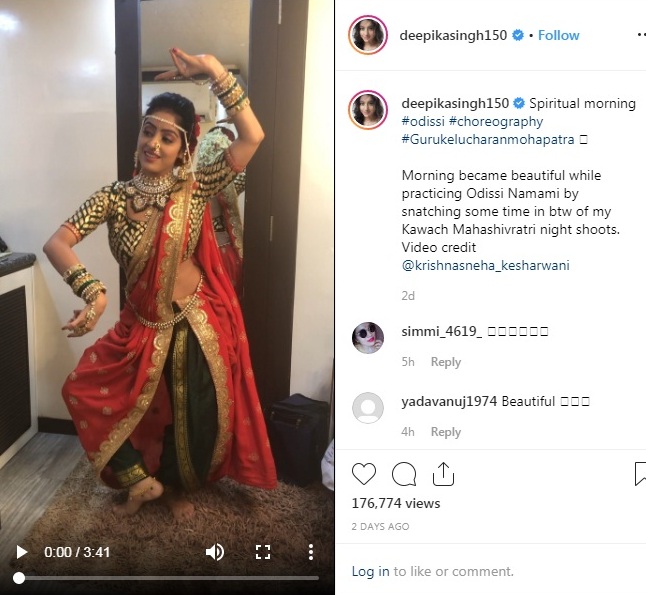 The user commented, “Stop dancing..your terrible.train for 15 years with the basics of oddissi...then attempt a performance..sad..sad...please.dont disgrace tbis great art form.” To this, Deepika gave a befitting reply and wrote, “Thankyou for your valuable feedback maam. But i have been practicing and worshiping Odissi dance form from past 5 years and many more years to come. As they rightly say, practice only makes a man perfect. And its clearly mentioned that its a practice video. Hope you have a good day.” Well, now that surely earned massive respect to Deepika for her wit and tact in handling a social media troll with dignity. 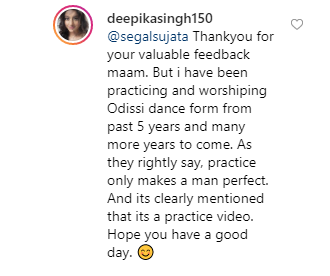 On the work front, Deepika is currently playing the lead role in supernatural series Kavach 2 produced by Ekta Kapoor.