I feel very responsible but it’s beyond my control: Karan Johar on Hardik Pandya-KL Rahul controversy 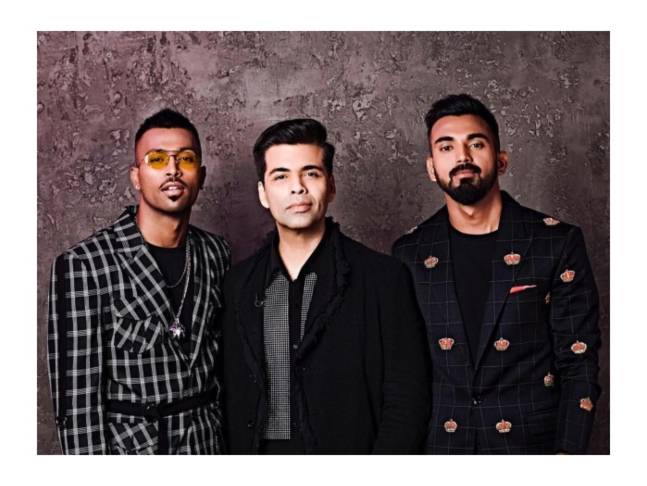 Karan Johar has addressed the controversy cricketers Hardik Pandya and KL Rahul mired themselves in after their ‘misogynistic and sexist’ comments on the sixth season of the filmmaker’s celebrity chat show Koffee With Karan. While speaking to a leading business channel, Karan said that he feels rather responsible for the repercussions that Hardik and Rahul had to endure the wrath of, considering the controversy unfolded after their appearance on his show.

"I have to say that I feel very responsible because it was my show, it was my platform. I invited them as guests and so the ramifications and repercussion of the show are my responsibility,” KJo was quoted as saying by the channel.

Moreover, Karan added that he has had sleepless nights and has been wondering about undoing the damage in some manner or the other but it is beyond his control at the moment. “I have had so many so many sleepless nights, wondering about how I can undo this damage, who is going to listen to me. It's now gone into a zone which is beyond my control,” Karan told the channel.

Hardik, along with KL Rahul, appeared on Koffee With Karan 6 and after the episode aired earlier in January, the cricketers were trolled as well as censured on social media for their controversial remarks on the show. Soon after, Hardik issued an apology note, in which he wrote that he “got carried away with the nature of the show.”

Hotstar – the video streaming website – that airs the program – pulled off the episode while BCCI issued show cause notices to Hardik and Rahul in lieu of their comments on women.

On Koffee With Karan 6, Hardik bragged about his relationship with several women and also his family’s attitude towards it. “I like to watch and observe how they (women) move. I’m little from the black side so I need to see how they move,” Hardik had said on the show.