Set in Toronto in 2002, Turning Red is that one-of-a-kind film that not only treats girlhood as a complex subject but does not shy away from adolescence and unabashed period talk, all with simple candour and a pinch of salt. The film is all about sisterhood and the magnetic pull of friendship that makes every hardship vanish in a puff of smoke. It is also heartening to see representation finally on the big screen. Turning Red is a heartwarming tale about puberty, parenting and the relationship between mothers and daughters. 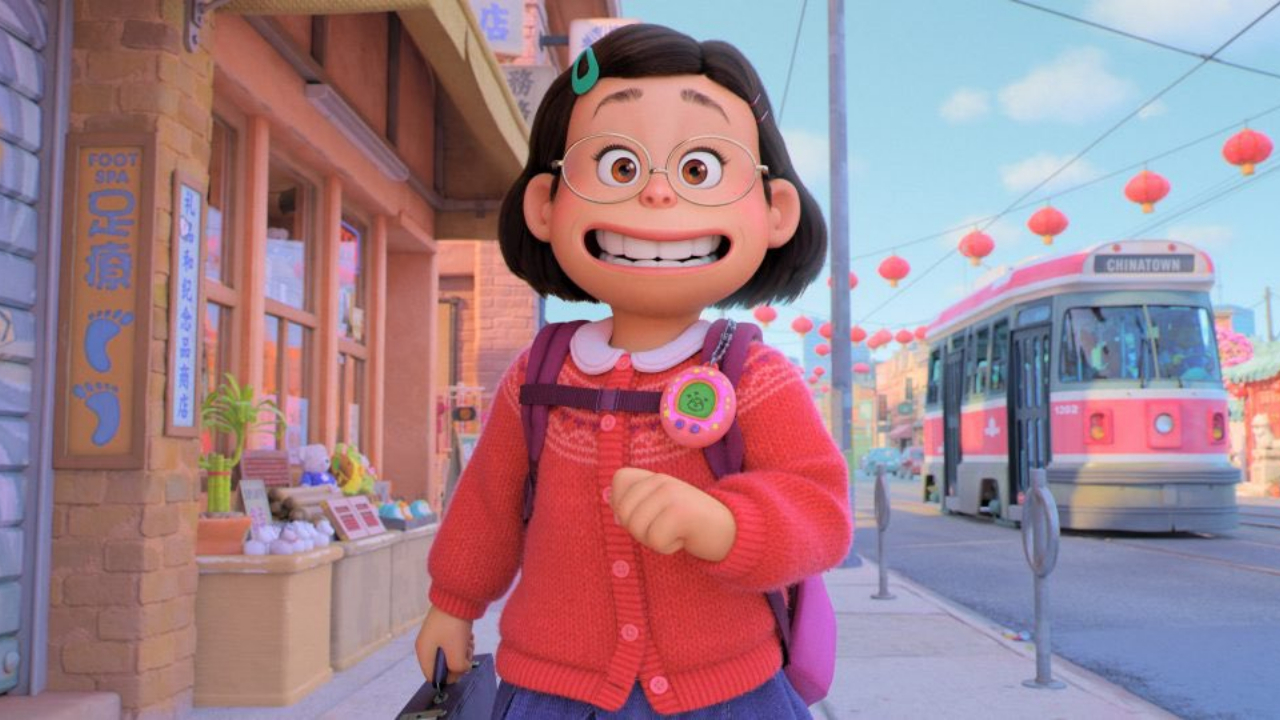 The animated film revolves around the perfect life of Mei Lee (voiced by Rosalie Chiang), a confident, dorky, over-achiever 13-year-old torn between staying her mother’s dutiful daughter and the chaos of adolescence and finding her own personality. Her protective, if not slightly overbearing mother, Ming (voiced by Sandra Oh), does not believe in giving space to her daughter and wants to know every aspect of her life, she has her own reasons though. However, her anxiety towards her daughter comes to fruition when her pre-puberty daughter turns into a giant red panda thanks to a family quirk that runs in the female line. Mei not only have to come to terms with the changes in her body, her interests, her relationships and her attraction towards the opposite sex but also has to find a way to control her secret because whenever she gets too excited (which is practically ALWAYS since she is a teenager), she “poofs” into a giant red panda! 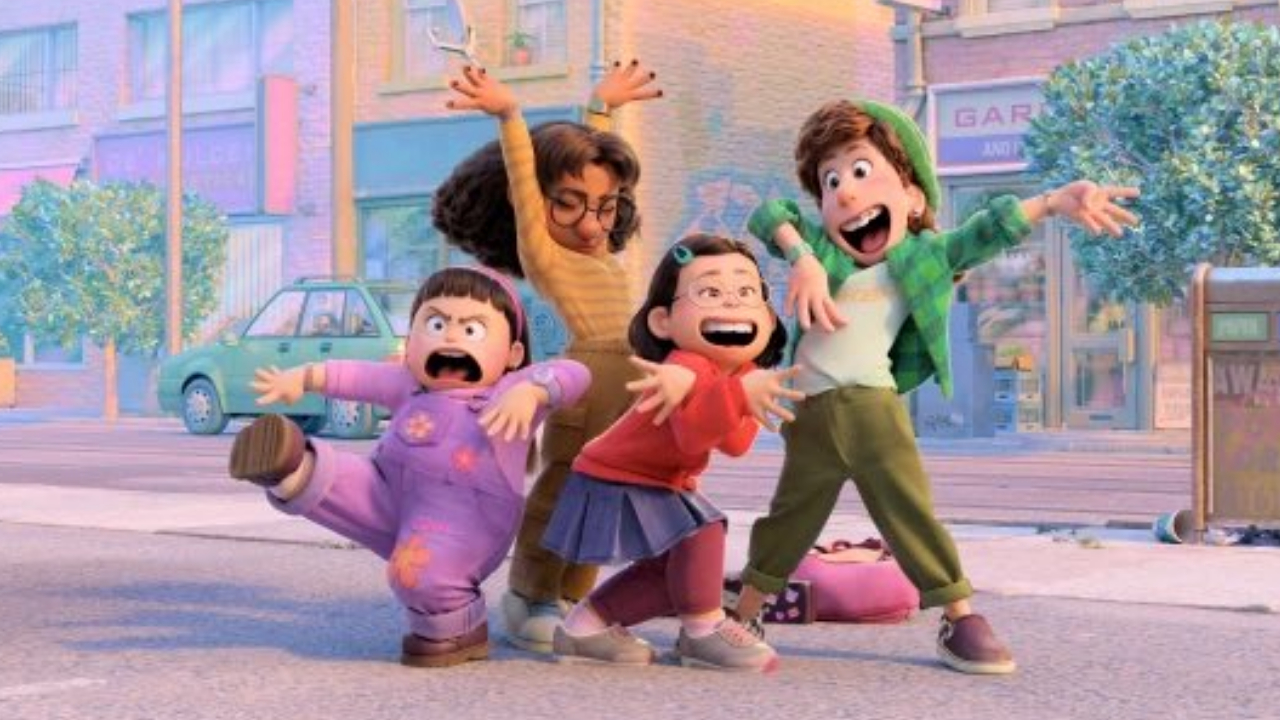 Mei is torn between her love for a boy band 4*Town (reminiscent of NSYNC) which her mother is unable to understand, the need to be the perfect daughter and yet let down her hair and become her own person. She has a solid group of friends- Miriam (voiced by Ava Morse), Priya (voiced by Maitreyi Ramakrishnan) and Abby (voiced by Hyein Park) with whom she harbours the dream of going to the concert of 4*Town boy band  but her red panda handicap comes in the way. How she overcomes the hurdle and what eventually happens to her alter ego is what the entire film is about. Nevertheless, as all Disney-Pixar films go it beautifully translates on screen the need to embrace our true nature and come to terms with our wild side. 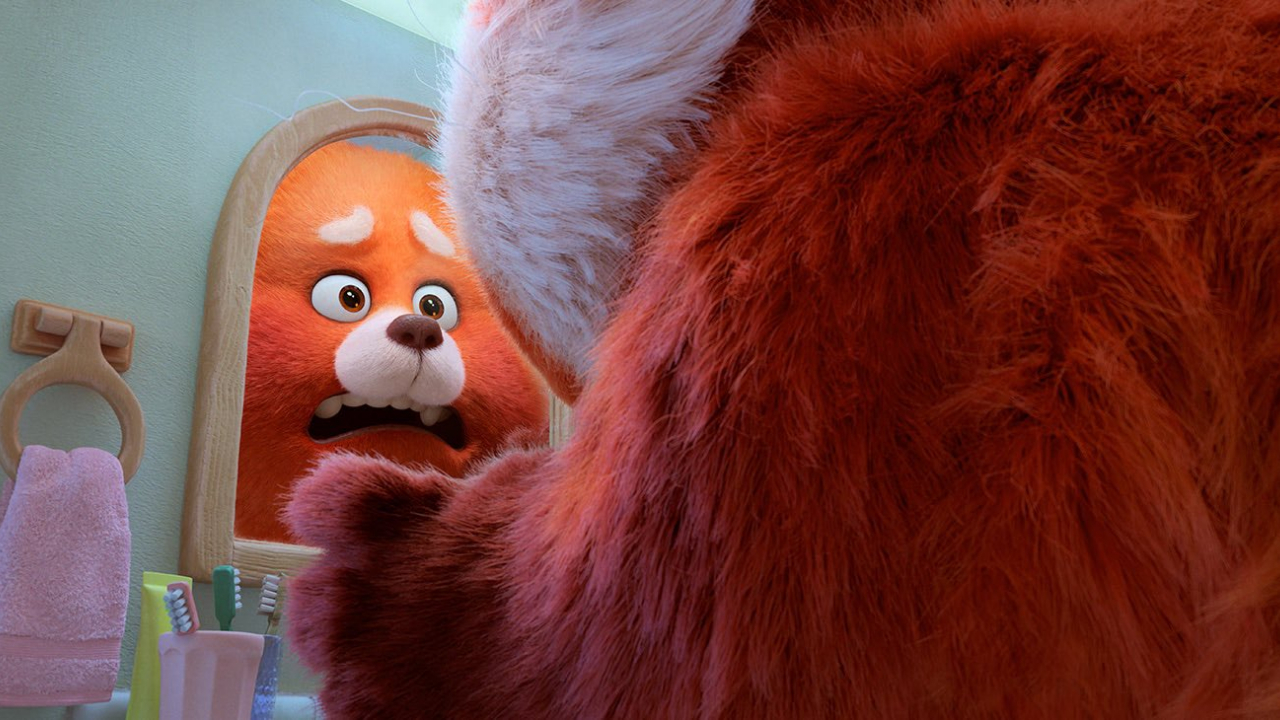 Domee Shi in her feature directorial debut, Turning Red brings out the complexities of childhood and the adolescence years beautifully in the film. She also has co-written the film with Julia Cho and deserves applause for making Mei an extremely relatable teenager. She effectively brings out the perspective of the little girl and the camaraderie shown in the film is heartwarming, so much so that you yearn to be a part of the 4*Townies as Mei and her friends call themselves. Turning Red has original songs by Billie Eilish and Finneas O’Connell and is musically appealing. Shi’s direction is also noteworthy as she spins a commendable tale of complex girlhood giving it the same status as stories of boyhood is treated in several films. The entire film is written from the perspective of a 13-year-old girl who is not one-dimensional but an A-student, a great friend, an enterprising character and stands up for herself when she is needed to. And yes there is no hanky-panky about period talk, it’s up there out in the open without any taboo attached to it along with the undue expectation and pressure that parents put on their children. However, having energetic characters that give the film its unique take, some of the metaphors used do not perfectly align in with the story at all times and thereby lies its drawback. 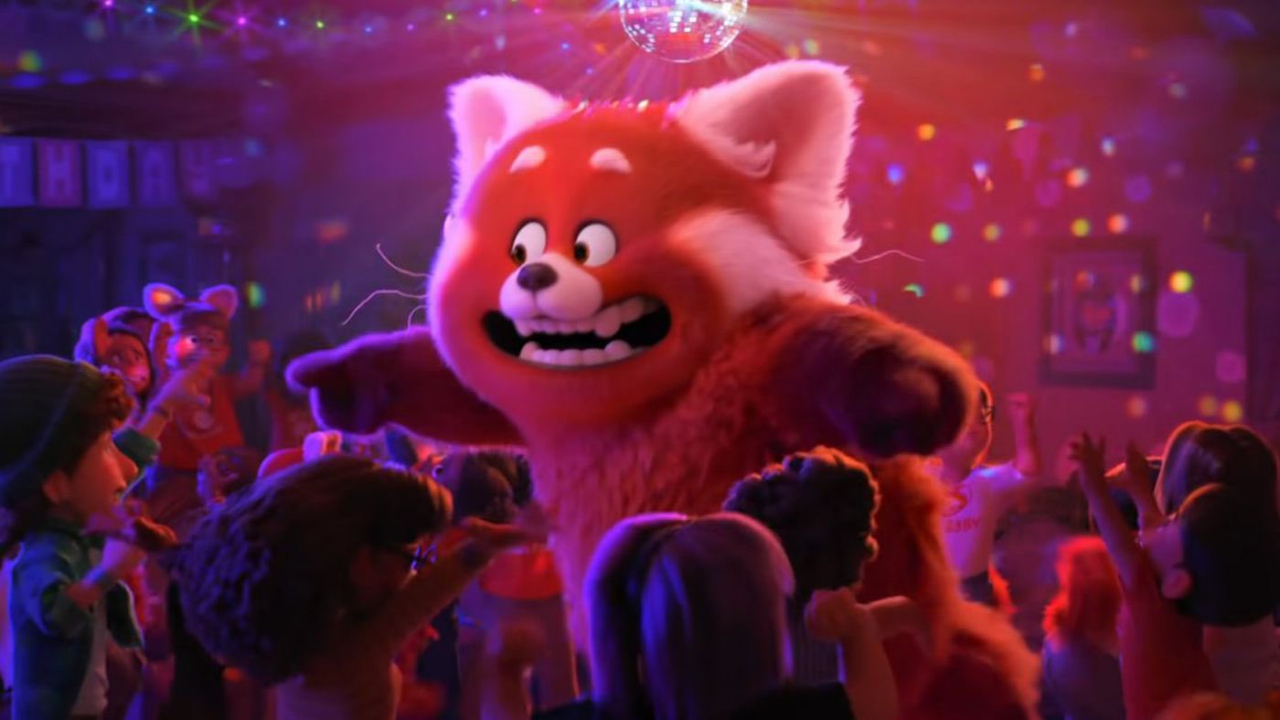 Turning Red deserves a watch not only for the kids but also for the adults.