Advertisement
HomeWEBCASTWebcast Reviews Looop Lapeta Review: Taapsee Pannu and Tahir Raj Bhasin's thriller will get you entangled in a 'loop' of boredom!

Looop Lapeta Review: Taapsee Pannu and Tahir Raj Bhasin's thriller will get you entangled in a 'loop' of boredom!

Just when we thought Bollywood was moving ahead from typical masala entertainers and age-old rom-coms towards intellectual thrillers and gripping stories, filmmaker Aakash Bhatia sent in disappointment in the form of Looop Lapeta. The film, which stars talented actors like Taapsee Pannu and Tahir Raj Bhasin, perfectly shows what happens when a poor script meets great talent. As the name suggests, Looop Lapeta is filled with a loop of scenes.

The 2 hours 11-minute long film is based on Savi (Taapsee Pannu) who has to save the life of her 'useless boyfriend' Satya (Tahir Raj Bhasin). But hey, it's not that simple because she has only 50 minutes to do it. Oh, and 50 lakhs and Satya's life are at stake. Savi must help her boyfriend in every narrative and the clock is constantly ticking. Savi's desperate quest to save her boyfriend has different outcomes in different narratives (some nice, others dead on arrival). Not to mention endless sprinting, robberies, casinos and some shooting in between. The film begins with Savi giving up on life and planning to end it but Satya saves the day for her. Soon, Savi and Satya fall in love and start planning a better future. For that, Satya is asked to quit his habit of gambling and never enter a casino again. He agrees and starts working at a restaurant where his boss Victor (Dibyendu Bhattacharya) offers him a precious job to do with good remuneration but puts his life at risk for it. Satya, desperate to earn some money, agrees and gets into major trouble as he loses a bag filled with 50 lakh cash. He turns up to Savi for help who has 3 chances to get her boyfriend saved from the mob and arrange for 50 lakh cash.

How she does it is what makes Looop Lapeta extremely boring and unworthy. The script of the film is so confusing and lame that you will at least have to rewind 3 times to understand what's going on! Moreover, the concept of the 1998 film Run Lola Run from which Looop Lapeta has been adapted, has gone to waste. The curious cycle of dead ends in the story comes across as illogical, majority of the time. If we are watching a film that stars actors like Taapsee and Tahir, there's a certain expectation attached to it. However, Looop Lapeta is a disappointment in terms of utilizing acclaimed actors like them. Taapsee as Savi matches the personality of her character and tries to single-handedly save the film on her shoulders but in vain. Tahir, on the other hand, brings in his acting prowess with full power but his performance is overshadowed by a script so weak! Another performer whose talent is under-utilised is Shreya Dhanwanthary who plays the role of Julia. There's no explanation for her role, it's just there.

Director Aakash Bhatia's direction is flawed but it is the writing by Dr. Vinay Chhawal, Ketan Pedgaonkar, Aakash and Arnav Vepa Nanduri which pulls the film down furthermore. However, one thing that actually is cool in Looop Lapeta is its editing. Hats off to Priyank Prem Kumar for making it funky. It matches the tonality of the film. Yash Khanna's cinematography is apt as well. Music by Rahul Pais and Nariman Khambata is an add-on and maintains the uniqueness of the plot. 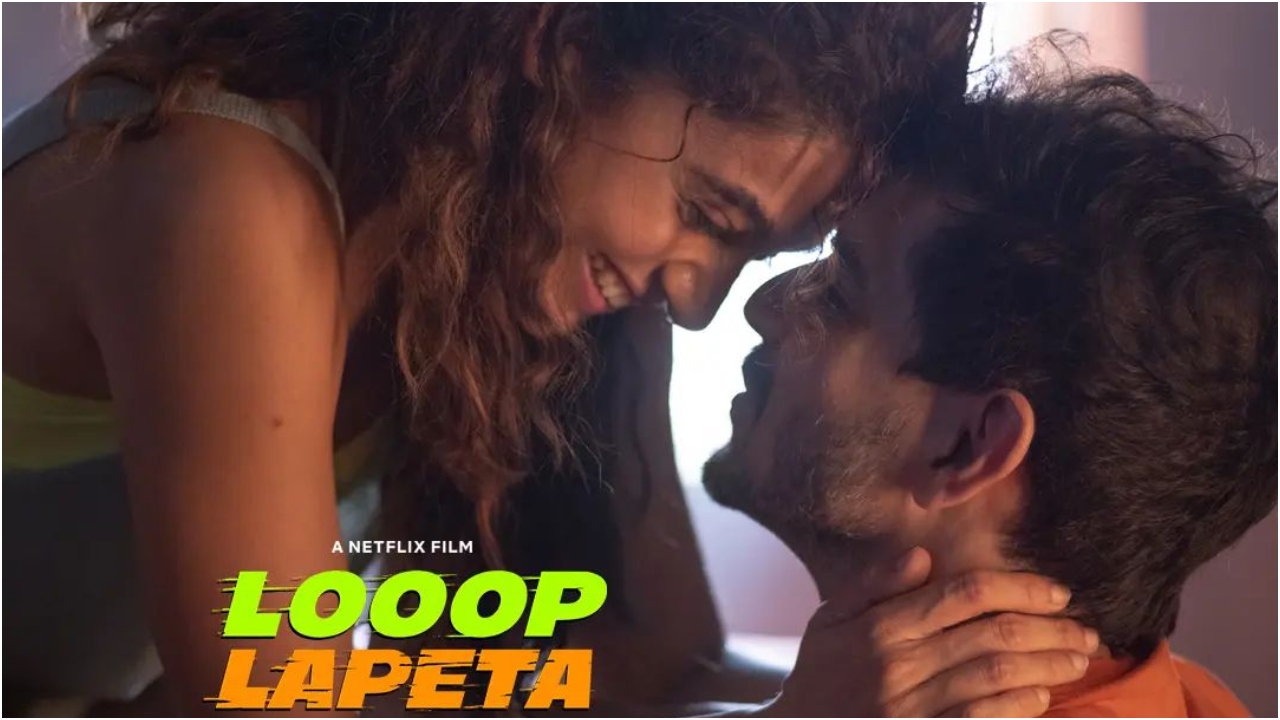 Watch Looop Lapeta only if you're a die-hard Taapsee fan, else you're only going to get entangled in a loop of boredom!