There is no bond as special and unique as that of two sisters and Alankrita Shrivastava's Dolly Kitty Aur Woh Chamakte Sitare is a true example of that. Starring Bhumi Pednekar and Konkana Sen Sharma as cousin sisters whose bond is stronger than that of real ones, the film encapsulates this unique relationship through a series of interesting events. Dolly Kitty Aur Woh Chamakte Sitare is a story of two feisty and quirky women in search of their freedom as they find their own way in the world that keeps reminding them of their 'sanskaar'.

Based in Greater Noida, the film starts off with Dolly Yadav (Konkana Sen Sharma) having a good time with cousin sister Bhumi Pednekar (Kaajal), who has recently shifted to the city to explore job opportunities. Dolly and Kaajal share a love and hate relationship like most of the sisters. However, their lives soon go through ups and downs after Dolly,  a bickering wife who is not satisfied with her husband Amit’s (Aaamir Bashir) unambitious ways and the mother of two young boys, falls in love wich a much younger delivery boy Usmaan (Amol Parashar). 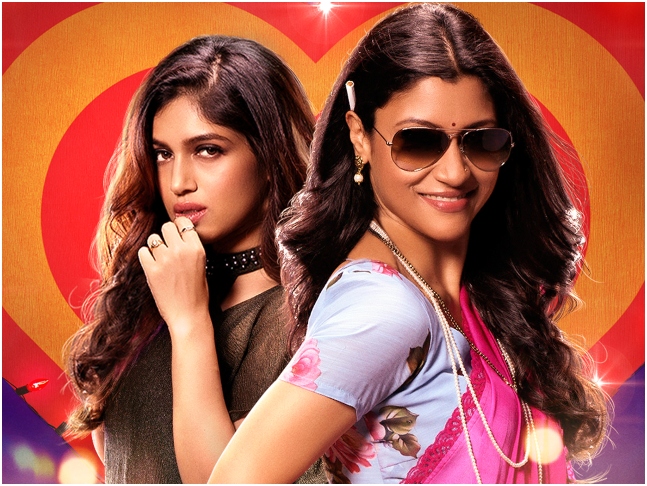 Kaajal, on the other hand, joins a 'romance chat' company that offers good money but also makes her do things she is disgusted with as 'Kitty', a companion of lonely people. With a head full of dreams and aspirations along with a carefree attitude, Kitty embarks on a new journey where she soon falls in love with a client Pradeep (Vikrant Massey). During the process, both Dolly and Kitty evolve as women while stumbling and tripping along the way, to finally understand what it really takes to make their dreams a reality. The film's title is explained when both Dolly and Kitty have a connection with stars (Sitare). While Dolly is often requested to give a 5-star rating by her delivery boy lover Usmaan, Kitty has to achieve 5 stars after every call she gets to maintain a good record at work.

The film showcases the duo's journey of realization and that to freedom that makes the story a fun yet heartwarming ride. However, the storyline seems confusing at times with two parallel angles going to and fro. Even though the subject of the film stands clear, the climax could have been detailed, with better closure. Despite being high on entertainment,  some scenes felt dull and forceful in the 120-minute long film. The pace at which the film moved looks uneven and abrupt. Having said that, Dolly's and Kitty's film offers a much-needed message for all the women out there who are scared to be independent due to society's pressure - live life on your own terms, no matter what. 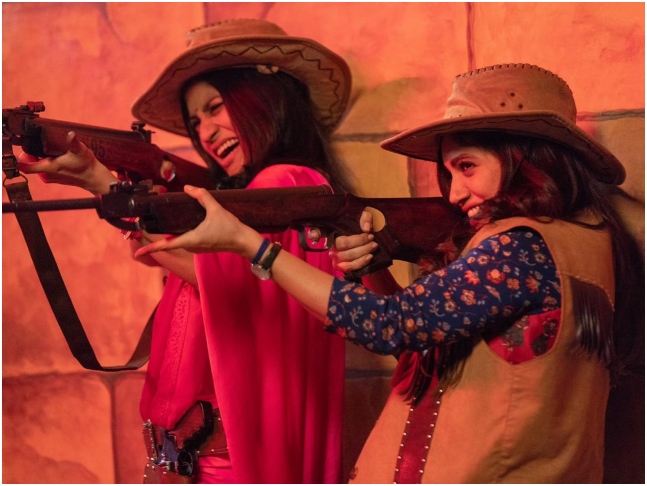 Konkana effortlessly slips into the role of an elder sister who will do whatever it takes to break the invisible shackles that are keeping her from the ideal lives she envisions for herself. She is bold in her own way, knows how to tackle difficult situations (with one whiskey shot of course), and stands up for her sister when needed. Bhumi as Kitty, a small-town girl who comes to the city expecting all her dreams to magically come true, is exceptional. Her screen presence is superb!

Vikrant as Pradeep is the sushil yet clever aashiq of Bhumi. His part is near-perfect and offers a new perspective to the film. The supporting cast includes a list of prominent actors. Kubbra Sait, Karan Kundrra and Neelima Azeem have special roles to offer while Aamir Bashir and Amol Parashar perfectly fit into their characters, making it a visual feast. 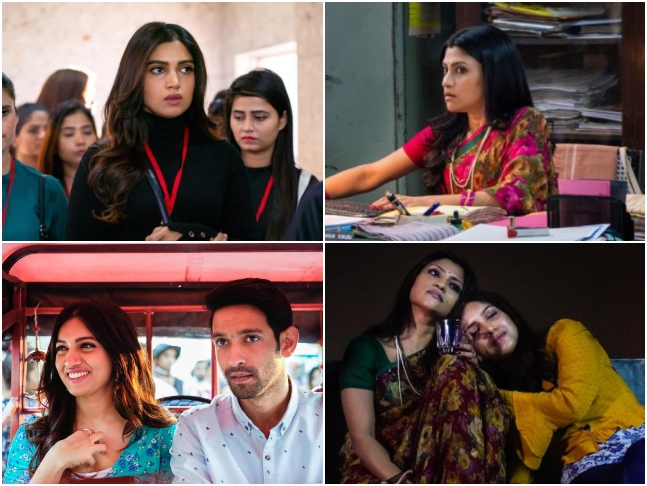 Filmmaker Alankrita Shrivastava's direction moves at a decent pace but her writing makes the film a little haywire. The storyline seems faulty with too many characters and bare minimum clarity. Music by Arjuna Harjai, Clinton Cerejo and Sadhu Tiwari matches the film's pace. Cinematographer John Jacob Payyapalli captures Noida efficiently, focusing on tiny details. Unfortunately, Aarti Bajaj's editing does not do the magic. It feels incomplete and restricted in some scenes. 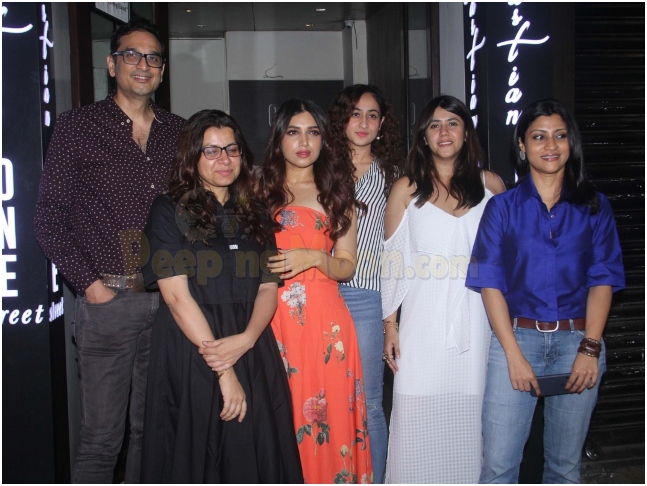