The film Bhonsle opens with Ganpath Bhonsle (Manoj Bajpayee) gearing up to end the most treasured and important relationship of his life. He is a reticent cop who is not hanging up his uniform with contentment after a long and fulfilling service but has been retired against his will due to terminal illness. The scene is poignant and creates an impact as we can see his reservation of being shunted and to come to terms with his fate brought on by his illness. In many ways, the scene sets the tone of the film as we see a sculptor putting the final touches on a statue of Lord Ganesha ahead of Ganesh Chaturthi and foretells what the film entails.

Bhonsle might have got a delayed release but it is a film for our current times. The Coronavirus lockdown brought the images of hapless migrant labourers walking home with their families and their meager belongings as the rest of the country locked itself inside their homes to bake banana bread and try their hand at cooking and household chores. The ‘privileged’ did not care about this section of society who relentlessly make life easier with their hard work and the same is underlined in Bhonsle. Bhonsle is set in the Maximum City, when it had no place for people who helped build it. 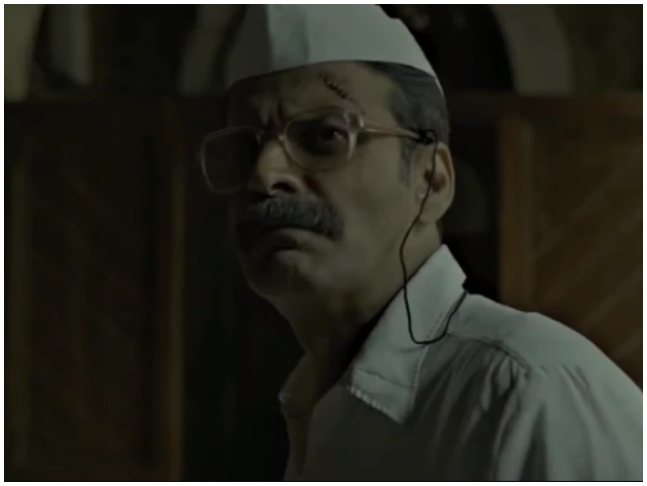 A local goon with political leanings, Vilas (Santosh Juvekar) mouths the speeches of politicians who try to create a divide in the society over the ‘Marathi Manoos first’ and Marathi vs Outsiders debate. He wants the migrants living in his chawl out and want to keep them in line by subjugating them at every instance. Letting them not celebrate their festivals is a way that he chances upon. The North Indians vs Marathi divide is played out with Ganesh Chaturthi as the backdrop as the other chawl residents, including Bhonsle, are mute spectators to his bullying ways and are happy being bystanders.

In Manoj’s entire career, Bhonsle is a film that hardly gives the actor any dialogues. In the entire film, he has perhaps 10-15 lines, but where he misses out on words he makes it up with his body language. The way he purses his lips. Talk volumes with his eyes. 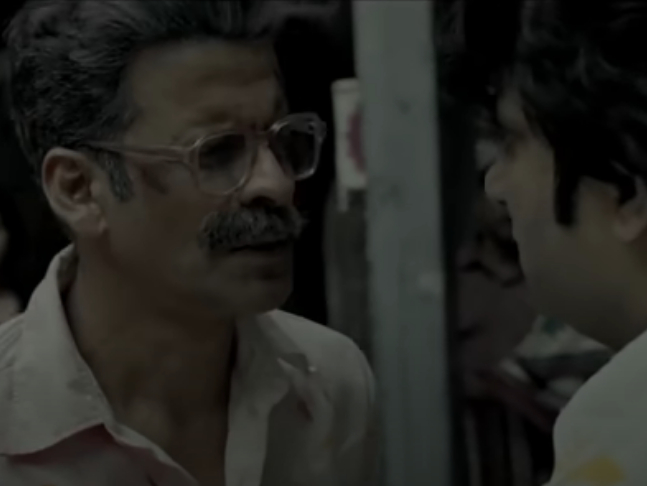 Bhonsle's entire lonely world takes a different turn when a migrant brother-sister duo comes to live in the room next door, and this is his closest form of human contact. Despite his reclusive nature, he strikes a platonic friendship with the sister Sita (Ipshita Chakraborty Singh) who works as a nurse. Sita is initially rebuffed by Bhonsle but as she starts taking care of him their unlikely friendship grows. However, the idyllic life receives a jolt in an untoward incident that forces Bhonsle to fight his one last battle.

Manoj as Bhonsle is so perfect that we can’t differentiate between the actor and the aging cop. When the dam of his silence finally breaks, it is a cacophony of noise that makes him a ferocious and ruthless tiger. His piercing gaze, a slight twitch of his body, a slight half-formed sentence on his lips is how Manoj internalizes his performance. Looking at him portray Bhonsle is a masterclass in acting and a student of theatre ought to take notes. 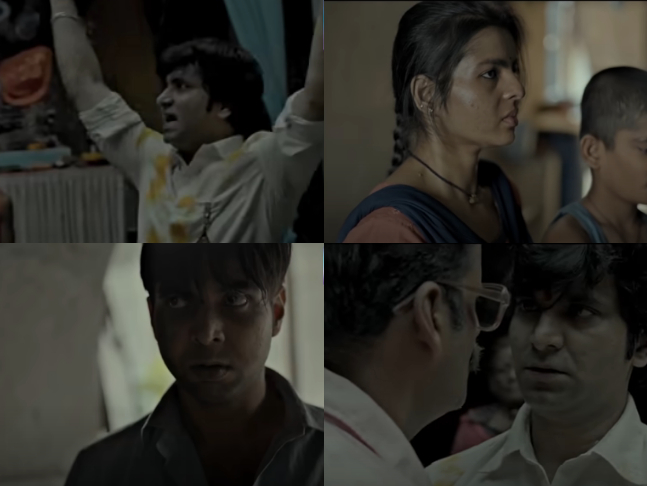 Director Devashish Makhija’s world is grey but not murky. Bhonsle is not only about the regional divide but also sheds light on the class divide and Vilas’ anger towards the migrants stems from his hapless poverty and the rebellion against a class system that will not allow him to rise above his station. His frustration flows towards the migrants and the weight of his ambition wreaks havoc in the life of his fellow chawl dwellers. Makhija’s direction is crisp and taut and portrays myriad emotions in a single frame.

Cinematographer Jigmet Wangchuk deserves a special mention as he paints Bhonsle’s dreary world with remarkable clarity as well as a blur. His genius comes out in the fact that the audience gets to cohabit Bhonsle’s lonely world.

The only grouse with the film is its length. At two hours and with very few dialogues uttered by the protagonist, Bhonsle becomes a little too drawn-out. Crisper editing would have made the film perfect. Nevertheless, Bhonsle is a great watch and will make you think to shun the pettiness and be a little more kind towards our fellow human beings.