Fairytales and fables are fictional tales that continue to be a thrilling part of our childhood. We’ve all been hooked onto fairytales of prince charming, a damsel in distress, of courage and bravery and that true love exists. However, what if they were all around fantasy and scary folklore? Exploring this question into detail, Anushka Sharma and Karnesh Ssharma collaborate with writer Anvita Dutt to tell an engaging tale straight out of the mystical land. Titled Bulbbul, the Netflix original film revolves around the age of myth of chudails that haunt havelis to fulfill a purpose. Tripti Dimri, Avinash Tiwary, Rahul Bose and Paoli Dam lead Bulbbul from the forefront. 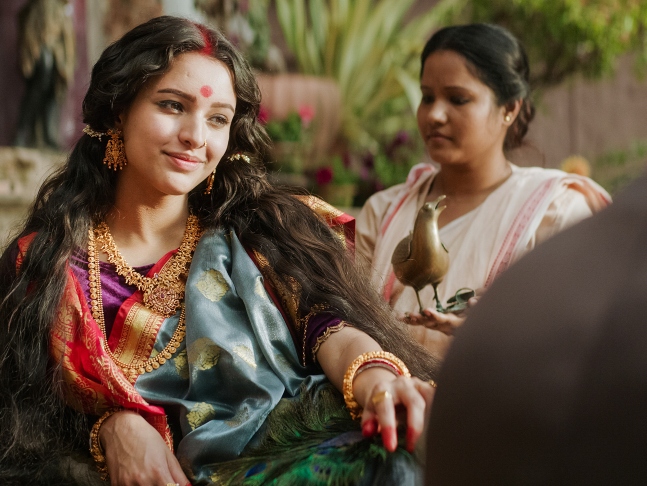 Set in 1881, Bengal Presidency, Bulbbul (Tripti Dimri) is a child bride who is married to a much older Thakur (Rahul Bose) of a rich family. However, she is unapologetically attracted to his younger brother Satya (Avinash Tiwary). Satya, unaware of her fondness towards him, considers her to be just his Bhabhi and a good friend. The fact that Bulbbul has a soft corner for Satya doesn’t go down well with Thakur. He is further instigated by his look-alike younger brother Mahendra’s wife Binodini (Paoli Dam). Mahendra is mentally unstable and also fond of the humble and high-spirited Bulbbul. While Bulbbul loves Satya whole-heartedly, little does she know that this might cause her major trouble later.

Taking a 20 years leap, Satya returns home just to find a series of mysterious murders taking place in the neighbourhood. Channeling his inner ‘Sherlock Holmes’, he sets on a mission to prove that the deaths are by human beings and not chudail. However, this leads him to a major revelation. 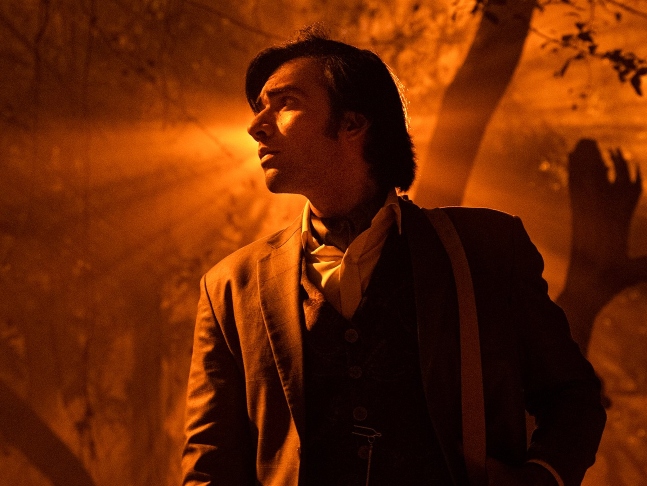 Bulbbul, right from the first frame, sets the tone right with scenes where the child-bride (played by Ruchi Mahajan before Tripti takes over) asks her aunt the significance of wearing a toe-ring post marriage. The moment the aunt aka pishima answers- 'so that they stay in control', the audience is in for a tale of freedom, just as significant as the character's name. The usage of elements like aalta, paalkhi, widows dressed in white clothes and huge mansions cut out the right frame for a period supernatural thriller.

Anvita has written Bulbbul beautifully. She has her vision in terms of storytelling clear and does justice to every nuance painted on the screen. Anvita, who has worked in the past as lyricist and a commissioned writer in Bollywood, brings alive the Bengali culture and gives her version of a fairy tale a distinctive or old-world touch. Placing her leading lady as a strong, fierce, and independent woman who becomes the ‘Thakurain’ is a step towards empowering women in cinema. Without much ado, she escalates the narrative quickly. Her dialogues do get a little predictable but the direction covers it all up.

Dialogues like Badi haveliyon mein bade raaz hote hai fit aptly to the story and inject a sense of mystery but a little too dramatic. Moving back and forth in time allows the audience to briefly understand what shaped Bulbbul's presence. A beautiful painting that reminds one of Raja Ravi Varma's work, Bulbbul is stellar visual escapism.

Music by Amit Trivedi adds to the overall cinematic experience. It is subtly, soothing yet amplifies the mystical vibes. He builds up the crescendo at the right point, leaving behind a beautiful impact. Director of Photography Siddharth Diwan does a splendid job at capturing moments of love, jealousy, angst, and of course, mystery and fear. The visual effects by Red Chillies is good but the red tone that symbolises passion, love, strength, femininity and anger, gets overwhelming after a point of time. 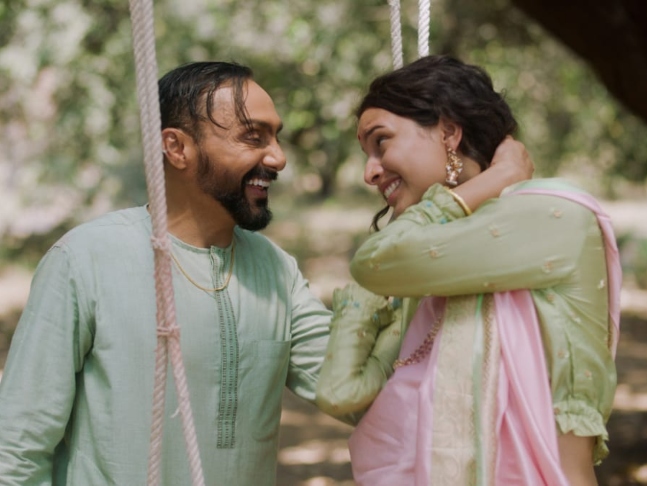 Costume designer Veera Kapur brings in the19th century old-world charm of Bengal with her choice. She pitches in the right colours and styles to show Bulbbul ageing from a child bride to a chirpy young girl and an independent and bold Thakurain who fears none. Production Designer Meenal Agarwal deserves special applause for setting the tone for the universe right. Editor Rameshwar S. Bhagat keeps Bulbbul crisp, short, and engaging. Without wasting time, the story progresses forward allowing the audience to remain hooked to the screens. Straight 1 hour and 34 minutes. However, Bulbbul held the potential of being a knockout mini-series. The characters move at a staggering space, leaving a few ends, yearning us to dive deeper into their lives.

Tripti Dimri excels in every frame. There could have been no actress better than her to pull off innocence and attitude rightfully. She brings in the rutba of a commanding Thakurain as well as the grace of a young girl who unapologetically loves Satya. Her eyes do most of the talking and her gaze is enough to communicate hundred emotions. She confidently pulls off a layered and unique character. She is the heart and soul of Bulbbul. Channeling her inner devi, Tripti holds her charm well and makes us melt for her smile. A beautiful revelation. 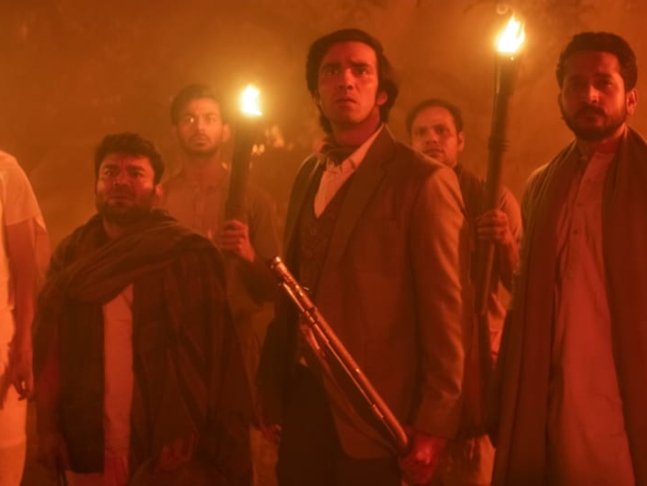 Avinash Tiwary supports Tripti beautifully. He uses his old-world charm to his merit rightfully and shines as Satya. Rahul Bose is like the fine wine ageing gracefully. He brings out a range of characters, both negative, in quick succession and that’s the beauty of his dual roles. Paoli Dam is a delight to watch as the 'choti bahu'  who has her own set of insecurities. She adds merit to the tale with her subtle acting and enigmatic presence. Parambrata Chattopadhyay gets less screen time but shines in his role as a doctor who is Bulbbul's friend and the keeper of a secret.

Bulbbul isn’t the conventional horror or supernatural film revolving around white-faced ghosts and cringy voices, but it is high on content and theme. Shattering stereotypes, Bulbbul is a fantastic tale of women empowerment that shows injustice has no room to be tolerated. A strong concept stringed together with a unique style, Bulbbul sets the bar high. Kudos Anushka, Anvita and Tripti!