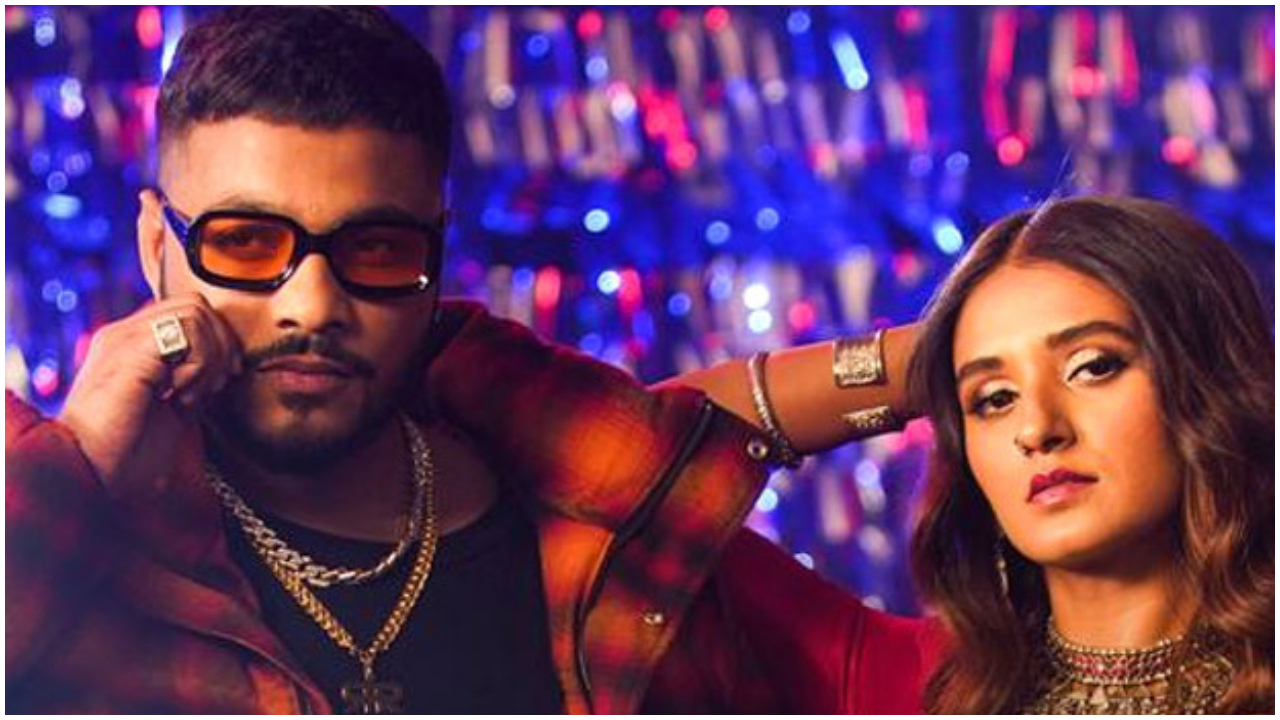 Matching the grit of its latest heart-racing thriller, The Great Indian Murder, streaming on Disney+ Hotstar, the series' makers have launched a promotional song titled Raskala for the series. Featuring ace dancer and choreographer Shakti Mohan and rapper Raftaar, the fun, catchy dance number has been choreographed by Feroz Khan. Composed by Darshan-Umang, the song has been sung by Umang Doshi, Anusha Mani, and Raftaar. Penned by Shloke Lal and Ashwath Bobo, the video begins with Vicky Rai and his father discussing the need for a party at the farmhouse. With dazzling backgrounds and colourful costumes, the video weaves into the storyline as it further showcases different characters from the show at the ongoing party while Shakti and Raftaar perform.

Excited about the song, Producer Ajay Devgn said, "The promotional video is already receiving great appreciation from the viewers. The song is an absolute entertainer that adds colour and more drama to the series. It takes the viewers to a fun party amidst the chaos of the series.”

Keeping up with the raftaar of the show and adding more shakti to the plot! The riveting track #Raskala is out now! #HotstarSpecials #TheGreatIndianMurder all episodes streaming now. pic.twitter.com/SJ99aMDwXL

RECOMMENDED READ: The Great Indian Murder Review: Pratik Gandhi’s and Richa Chadha’s web show is a riveting murder mystery that will keep you guessing till the end

Rapper Raftar said, “Raskala is a song that tries to bring tremendous energy to an intense series. I worked with Darshan Doshi and Umang on Raskala and I got a piece of Tamil rap written in between it. Being a Malayali, I was excited because I was able to do something in Hindi and then Tamil at the same time. I wrote my Hindi rap parts of it along with the Tamil Rap part as well. The song doesn't just sound like a promotional song but a whole movie production. I am extremely thankful to have the opportunity to perform in a grand show like The Great Indian Murder released on Disney+ Hotstar.”

Shakti Mohan said, “I am thrilled to be associated with a massive show like The Great Indian Murder, as well as with the rap master Raftaar. More than a promotional song, Raskala adds more value and weight to the intriguing story of the show and is quite instrumental in taking the narrative ahead. I had a whale of a time working on the dance number along with Raftaar and I hope the audience would like it as much as we enjoyed creating it.”

Talking about the promotional song, producer Priti Vinay Sinha said, “In the series, the actual song Raskala comes at a very interesting point when the characters Ashok Rajput played by Sharib Hashmi and Eketi played by Mani PR reach Chennai and watch the film song shoot which begins with Director Tigmanshu Dhulia in a cameo idolising Rajnikanth sir by pouring milk over his picture. It was a foregone conclusion for Disney+Hotstar that this had to be the promotional song."

Directed by thriller maestro Tigmanshu Dhulia, The Great Indian Murder, which received the highest watch time on the opening weekend, revolves around the cold-blooded murder of the Home Minister of Chhattisgarh’s son, Vicky Rai, and a group of six uncanny suspects being linked to it. The series has been taken from the titillating pages of Vikas Swarup’s riveting novel, Six Suspects. The show produced by Ajay Devgn and Priti Sinha under their banner ADF & RLE Media is headlined by a stellar cast of Richa Chadha, Pratik Gandhi, Shashank Arora, Ashutosh Rana, Raghubir Yadav, Jatin Goswami, Sharib Hashmi, Paoli Dam, and Amey Wagh, among others.

The Great Indian Murder is available exclusively on Disney+ Hotstar in Hindi, Marathi, Tamil, Telugu, Kannada, Malayalam, and Bengali. The show has been co-written by Tigmanshu Dhulia, Vijay Maurya, and Puneet Sharma and is co-produced by Namrata Sinha, Amod Vinay Sinha, and Shrey Oberoi. Tune into Disney+ Hotstar to join Richa Chadha and Pratik Gandhi on their journey to uncover the mystery of Vicky Rai’s murder in The Great Indian Murder.