‘It was a very emotional moment for us,’ say Captain Vikram Batra’s parents after watching Sidharth Malhotra enact the PVC awardee’s death scene in Shershaah

Kargil war hero Captain Vikram Batra’s parents have spoken about their feelings to watching his death scene in the recently-released biopic Shershaah, starring Sidharth Malhotra and Kiara Advani in the lead roles. Captain Vikram Batra lost his life in the war and was awarded a Param Vir Chakra for his bravery on the battlefield. He was previously played on screen by Abhishek Bachchan in LOC: Kargil.

In an interview, Batra’s father GL Batra and mother Kamal Kanta Batra spoke about their son’s love for Bollywood as well as the 1997 hit war movie Border, which he saw 8 times and was instrumental in him joining the army. GL Batra said, “Vikram had watched the film Border eight times which left a lasting impression on him. He liked the life and job of a soldier and decided to join the army. Apart from liking Bollywood, he also had a deep sense of patriotism."

Speaking about watching the scene in which Captain Batra is gunned down by a Pakistani soldier, Batra Sr. said, “A Pakistani soldier in hiding targets him and some three to four bullets hit him in the chest. He then falls down and bleeds from the mouth when he chants his unit's war cry 'Hail Mother Durga' (Durga mata ki jai). He then falls down and becomes a martyr. It was a very emotional moment for us."

Captain Batra's mother, Kamal Kanta Batra, said, "I got very emotional when he was suddenly hit by a bullet in the film." His twin brother Vishal Batra had also told a leading daily previously that after watching the film he had a quiet moment in which he released ‘emotional havoc’ that he had kept bottled up inside of him all these years. 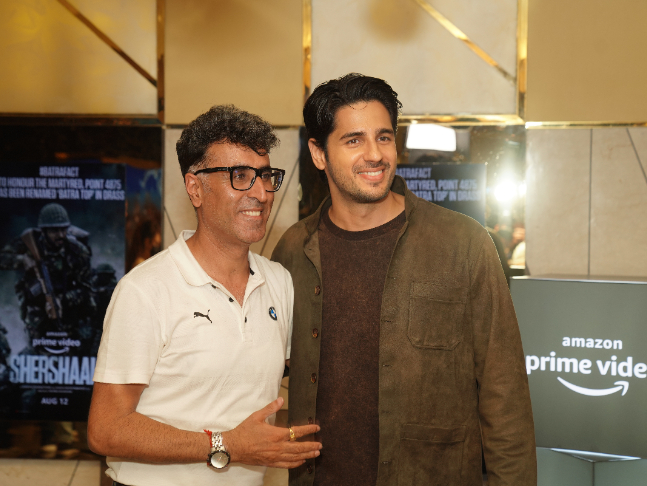