Advertisement
HomeWEBCASTMoney Heist Season 5 Part 1 Trailer: The Professor and the gang’s lives are at stake as they face a formidable enemy that will turn robbery into war 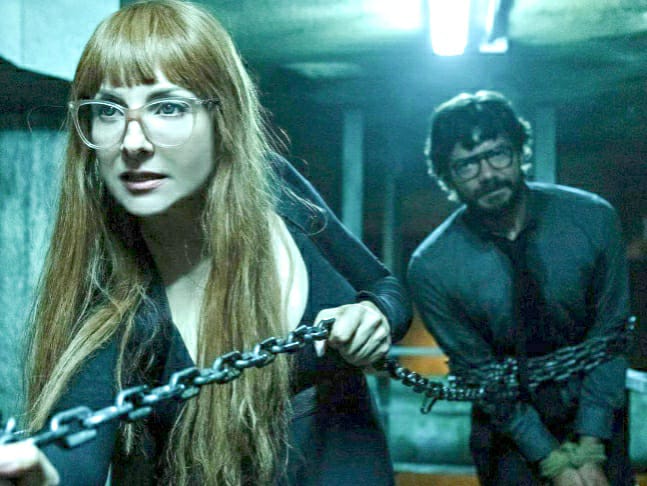 Netflix dropped the highly-anticipate trailer of its popular crime drama Money Heist Season 5 Part 1 just now. The trailer expertly amps up the excitement for the upcoming season while giving a glimpse of what are in store for the Professor and his gang.

Money Heist aka La Casa De Papel sees the Professor or Sergio being chained by cop Alicia Sierra and as he doesn’t have an escape plan, tells his gang and Lisbon that, “The stormwater tank has been discovered. It’s possible this is the last time I’ll speak to all of you,” while Colonel Tamayo gets ready for the army to enter the Bank of Spain. The trailer shows a face-off between the gang and the army with the Professor and his team vulnerable, things just might turn for the worse for them and what started as a robbery will turn into a war.

Keeping calm is not an option.
THE #MONEYHEIST SEASON 5 TRAILER IS HERE #LCDP5 @lacasadepapel pic.twitter.com/Cov39xPwqK

Money Heist Season 5 volume 1 will premiere on Netflix on September 3, while part two will arrive on December 3.