Balancing the notion of responsibility and creativity is complicated in the entertainment business. But as they say, creativity is a form of power that must be wielded responsibly. One of the major players in the OTT space, ALTBalaji, India's leading homegrown OTT platform, certainly believes in putting a stronger emphasis on social responsibility and humanistic storytelling into their entertaining shows for their loyal subscribers, ever since its inception.

Like its prior shows on the digital space, the new launches of ALTBalaji originals always mesmerize the audience with their new path-breaking stories. Breaking our notions, shackles and marking yet another progressive and clutter-breaking piece of content that continues the homegrown streaming giant's legacy is The Married Woman featuring Ridhi Dogra and Monica Dogra, which has been in the news for all the right reasons. 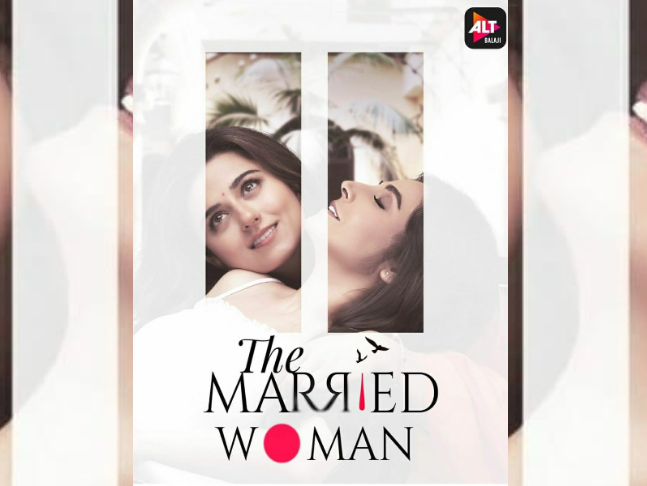 RECOMMENDED READ: PeepingMoon Exclusive: ‘There's a sense of legitimacy with these stories, makes you feel you’re not alone' - Author Manju Kapur on her book adapted into series ‘The Married Woman’

Based on celebrated author Manju Kapur's bestseller novel A Married Woman, the show narrates the beautiful story of Astha and Peeplika. Set in the nineteen nineties, the story revolves around Astha, an ideal wife, daughter-in-law, and a perfect mother; who has everything a woman can hope from her marriage- a responsible husband, in-laws, and two children, yet she feels incomplete as an individual. Breaking the normal society's norms, she sets out on a journey of self-discovery. Thus ensues the story and the journey of a married woman. Peeplika, on the other hand, is a complete contrast, an artist who's never been interested in anything the least bit conventional who helps her explore her path on self-discovery.

The trailer has deftly and beautifully voiced the varied phases of Astha, the protagonist who struggles through her inert conditioning, v/s her individuality. Going by the show's sensitive theme, ALTBalaji has been self-regulating all the episodes of the show to ensure it conveys the right message to the viewers.

A source informs, "Recapturing the true essence of the novel for the cinematic medium, the makers feel truly responsible for not just the content, but also it is intent. The show touches upon many subjects like same-sex love, women trapped in marriage, and gender issues that are still considered taboo in our society. But all these issues are dealt with utmost sensitivity, dignity and grace in the show. The Married Woman is the story of individuality, love and acceptance. Since it's a story that needs to be told, the makers, including the creative team of ALTBalaji, have been leaving no stone unturned to ensure that the viewers enjoy the show and understand the underlying message that comes with it. Doing so, the team have been personally ensuring every episode of the show is up to the mark."

The Married Woman is an urban relationship drama about women and their conditioning levied by society and her search to find herself. The show, directed by Sahir Raza, features Ridhi Dogra and Monica Dogra as the central characters and notable actors, including Imaad Shah, Ayesha Raza, Rahul Vohra, Divya Seth Shah, Nadira Babbar and Suhaas Ahuja, among others.

Watch The Married Woman streaming from 8th March only on ALTBalaji!