Advertisement
HomeWEBCASTCherry Teaser: Tom Holland signs up for US Military after a troubled break-up in this Russo Brothers’ film

Cherry Teaser: Tom Holland signs up for US Military after a troubled break-up in this Russo Brothers’ film 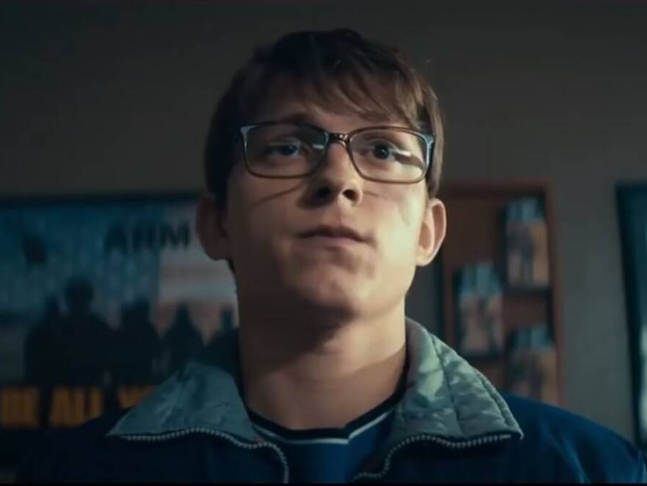 Director duo Joe and Anthony Russo have shared a never-before-seen clip from their upcoming directorial Cherry starring Tom Holland in the lead. The film is the first outing of the directors after their box-office smash hit Avengers: Endgame and also sees Holland in his most serious role.

Holland plays a troubled young man who goes from an awkward college student to a bank robber in the course of 15 years. Based on the novel by Nico Walker, Cherry follows its eponymous lead as an army medic who suffers from post-traumatic stress disorder and addiction, leading him to become a serial bank robber.

The teaser sees Holland sitting for an interview to enlist for US Military after a breakup with his girlfriend. We also catch a sarcastic narration by him in the teaser. The minute-long sequence sees a heartbroken Cherry looking for a ‘sense of purpose’ after being dumped by his girlfriend. The army recruiter recognizes his vulnerability and enlists him within a day.

There is no update on when we will get to catch the trailer of the film. Cherry is slated to hit theatres on February 26 and to stream on AppleTV on March 12, 2021.