Madhuri Dixit-Nene and Sanjay Kapoor starred together in the 1995 film Raja that was a resounding success. The actors’ iconic song Ankhiyaan Milaoon Kabhi became a runaway hit and so did several other songs from the film. They later reunited for Mohabbat that also starred Akshaye Khanna. Now, after two decade Madhuri and Sanjay are all set to share the screen space once again. They will be seen in Netflix original series backed by Karan Johar’s Dharmatic tentatively titled Actress.

Confirming the same, Sanjay told a leading tabloid, “I have been shooting in Nashik since October 25 and will wrap up my portion by the first week of December. The show has an interesting premise. The year 2020 has been upsetting, but I have always been a positive person and I am happy to be back on the set." The shooting had come to an abrupt halt in March due to the pandemic but was resumed in October. 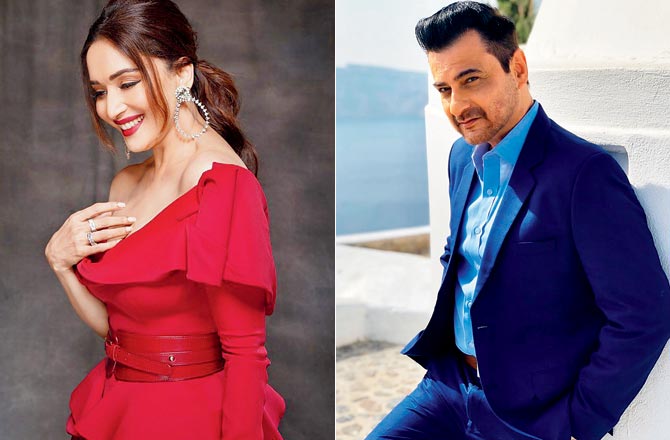 The show reportedly is a suspense drama having Madhuri in the titular role. Sanjay also spoke about shooting during the pandemic and said, “Shooting for this show has been a strange experience because everybody is in masks and PPE suits. After a while, you get used to it. We have a great production team that monitors our temperature and oxygen level daily. We were tested for COVID before we began shooting."

The show revolves primarily around a superstar, played by Madhuri, who vanishes without a trace whereas Sanjay has a pivotal role in the project. Sri Rao serves as the showrunner on the series.

Amitabh Bachchan gives a shoutout to Babil I. Khan and Tripti Dimri's

Ajay Devgn to make his digital debut in the Hindi remake of British crime series Luther!

Serena Williams strikes TV deal with Amazon Studios, documentary series on her personal and professional life in the works