Advertisement
HomeWEBCASTI’m Your Woman trailer: Rachel Brosnahan is out to fend for herself and her newborn in the gritty struggle to survive a deadly pursuit

I’m Your Woman trailer: Rachel Brosnahan is out to fend for herself and her newborn in the gritty struggle to survive a deadly pursuit

Rachel Brosnahan is back in the game but this time around she is not cracking jokes as a stand-up comic in The Marvelous Mrs Maisel but instead raising hell in the dramatic thriller I’m Your Woman. The actress endures a barrage of criminal chaos in the 1970s-set drama where she must fend for herself and her child after her husband betrays his criminal partners.

Rachel portrays a determined wife and a mother’s gritty struggle to survive a deadly pursuit. I’m Your Woman is a dramatic thriller about motherhood, family, female empowerment, and personal transformation. We follow Jean (Rachel Brosnahan) on her journey with her newborn baby as she evades her husband’s criminal past, where we witness her transformation from sheltered housewife to badass mom-on-the-run. With the support of unlikely alliances in Teri and Cal (Marsha Stephanie Blake and Arinzé Kene), her relatable struggle to take control of her life and realize her own power and potential, empowers audiences to rally behind her, and recognize her formidable strength. 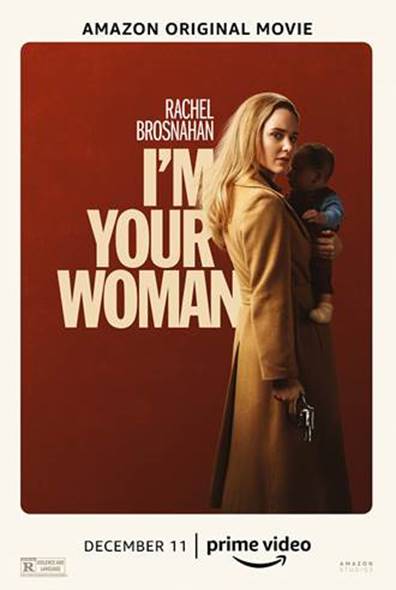 RECOMMENDED READ: Director Peter Segal opens up about his favourite on-screen moments between Dave Bautista and Chloe Coleman in ‘My Spy’

The film is co-written and directed by Julia Hart and produced by Jordan Horowitz. It also stars Frankie Faison and Bill Heck. I'm Your Woman will release in select theaters on December 4, followed by a global launch on Amazon Prime Video beginning December 11, 2020.

Panchayat Season 2 trailer: Jitendra Kumar is back grappling with the daily tribulations of village life