Advertisement
HomeWEBCASTAngad Bedi catches up the screening of his web show 'The Verdict-State VS Nanavati' with wife Neha Dhupia, co-stars Elli AvrRam, Sumeet Vyas and others join

Angad Bedi catches up the screening of his web show 'The Verdict-State VS Nanavati' with wife Neha Dhupia, co-stars Elli AvrRam, Sumeet Vyas and others join

Ekta Kapoor's digital entertainment platform ALT Balaji is back with yet another interesting show titled The Verdict-State VS Nanavati, based on the controversial case back in 1959 where a naval officer is accused of shooting his wife's alleged lover. And as the series is about to premiere on ALT Balaji and Zee 5 from September 30, the makers held a special screening on Wednesday in the city with its cast and other television actors in attendance.

Starting with Bollywood's most adored couple Angad Bedi and Neha Dhupia, the two made for a cute sight at the screening. Angad, who plays the role of lawyer Karl Khandelwal, looked dapper in semi-formals while his wife Neha was everything gorgeous in a printed dress. 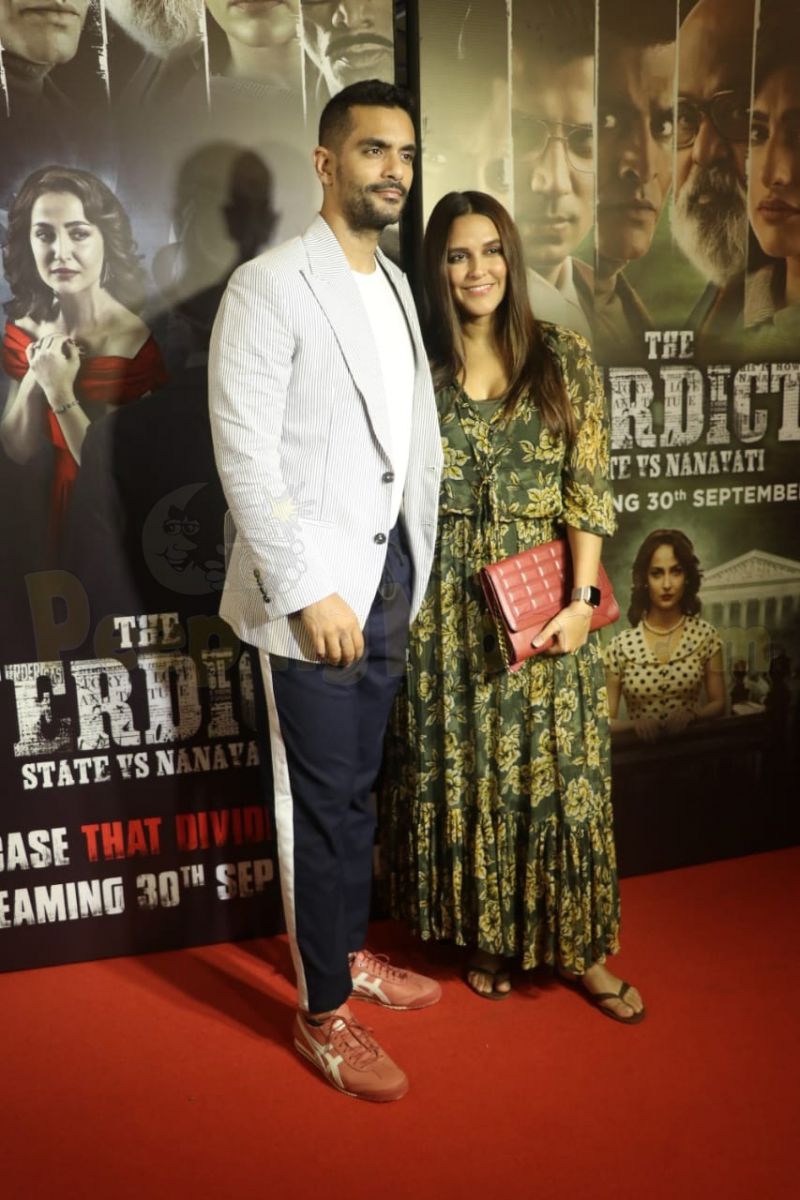 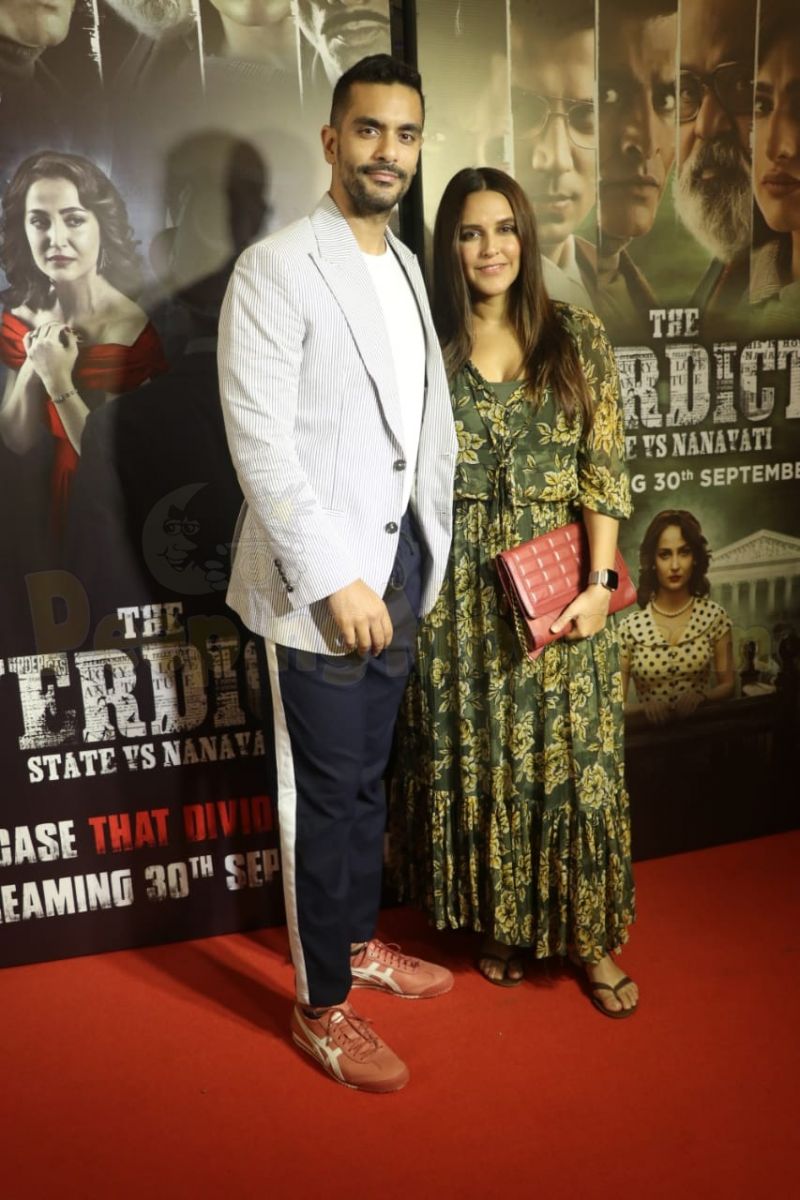 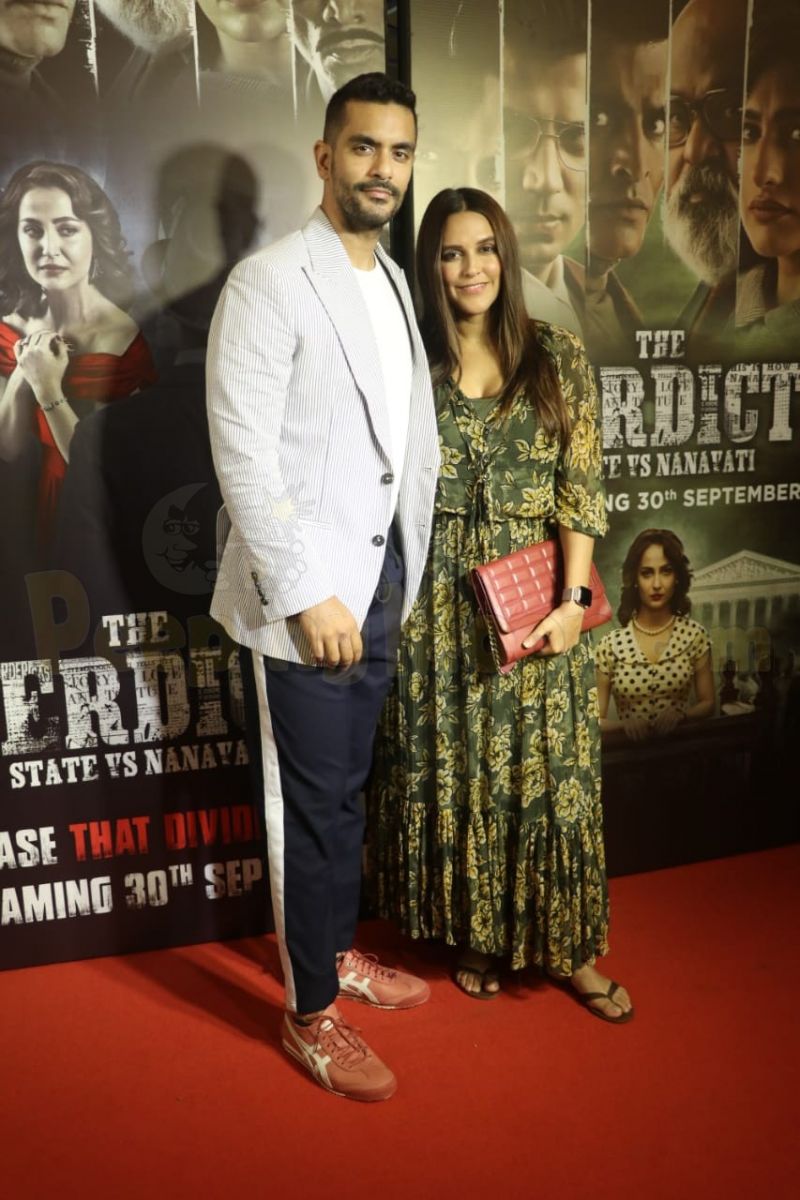 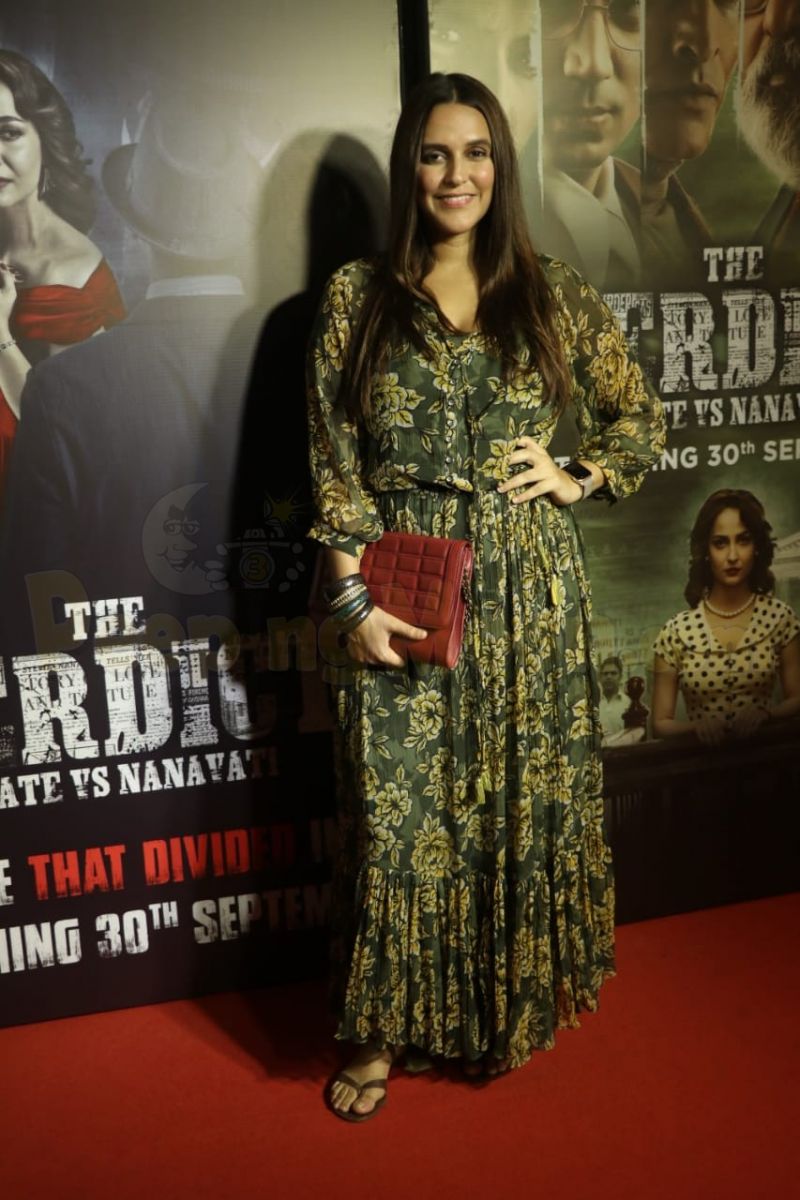 Elli AvrRam, who plays the role of Sylvia Nanavati, the wife of naval officer Kawas Nanavati attended the screening looking pretty in a floral dress. Flashing her lovely smile, the actress posed for the cameras happily. 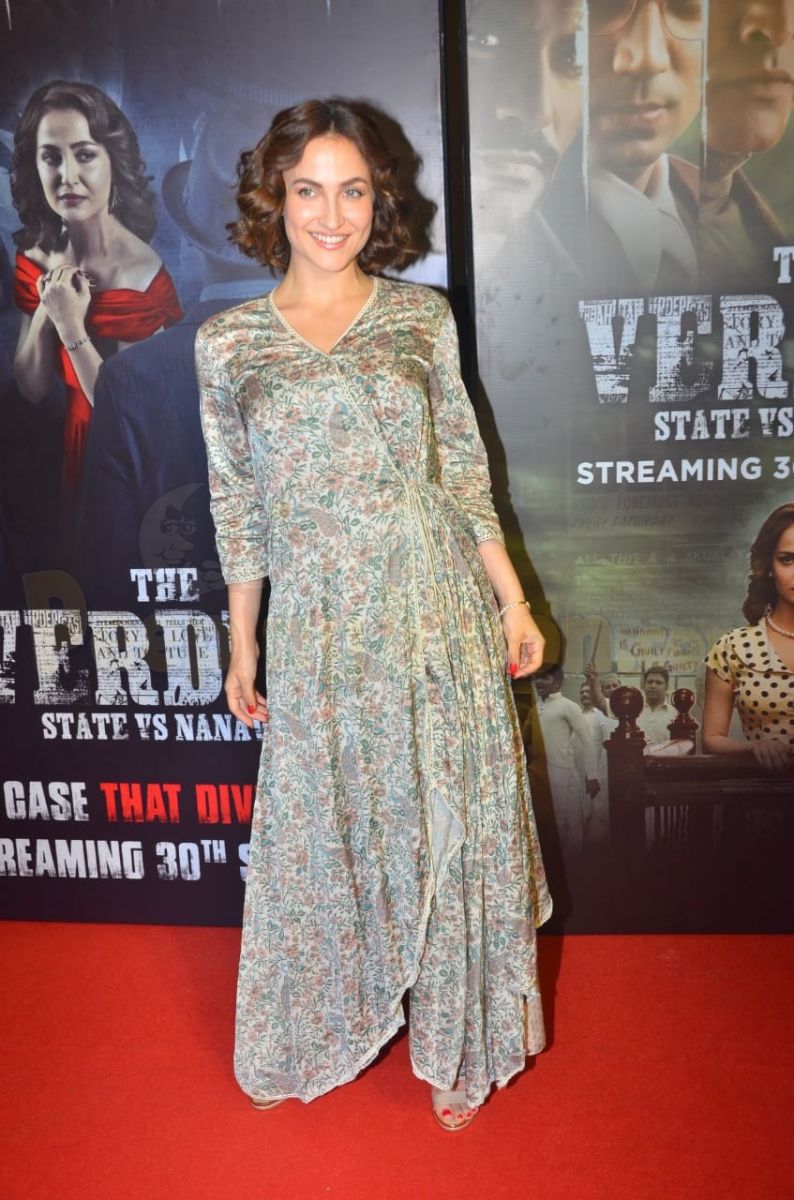 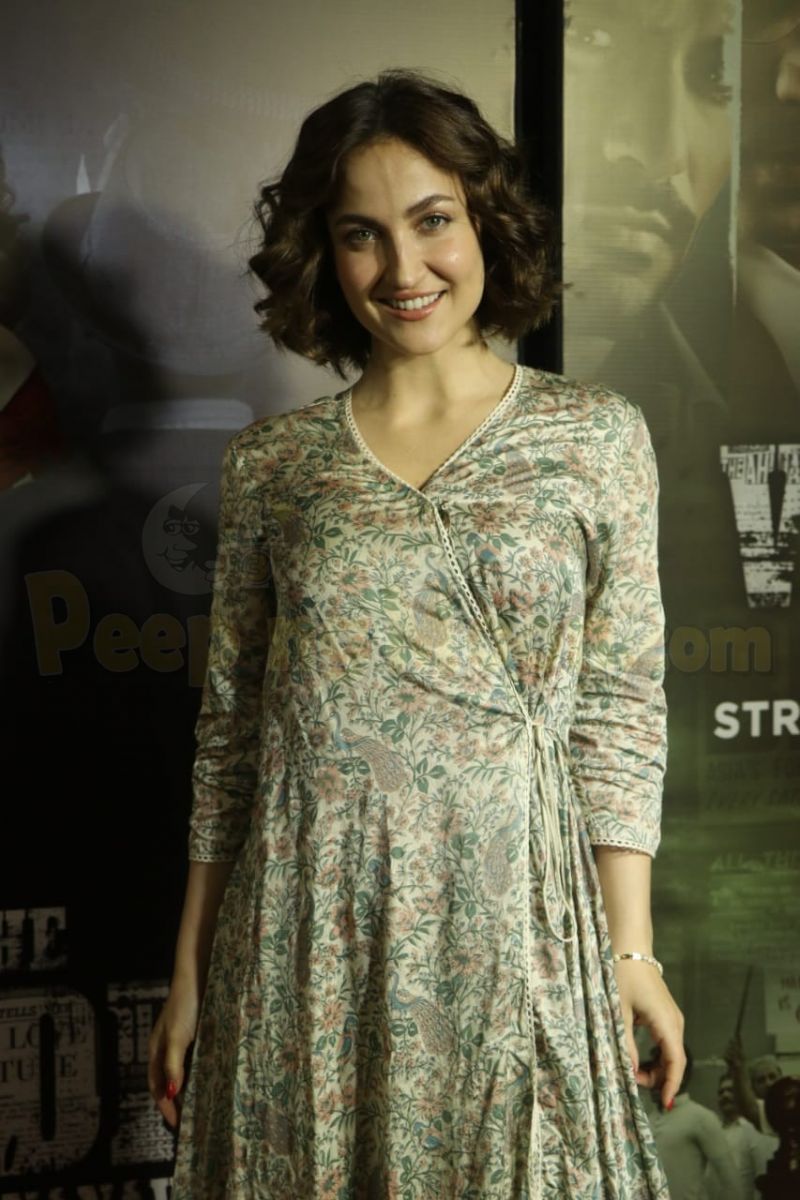 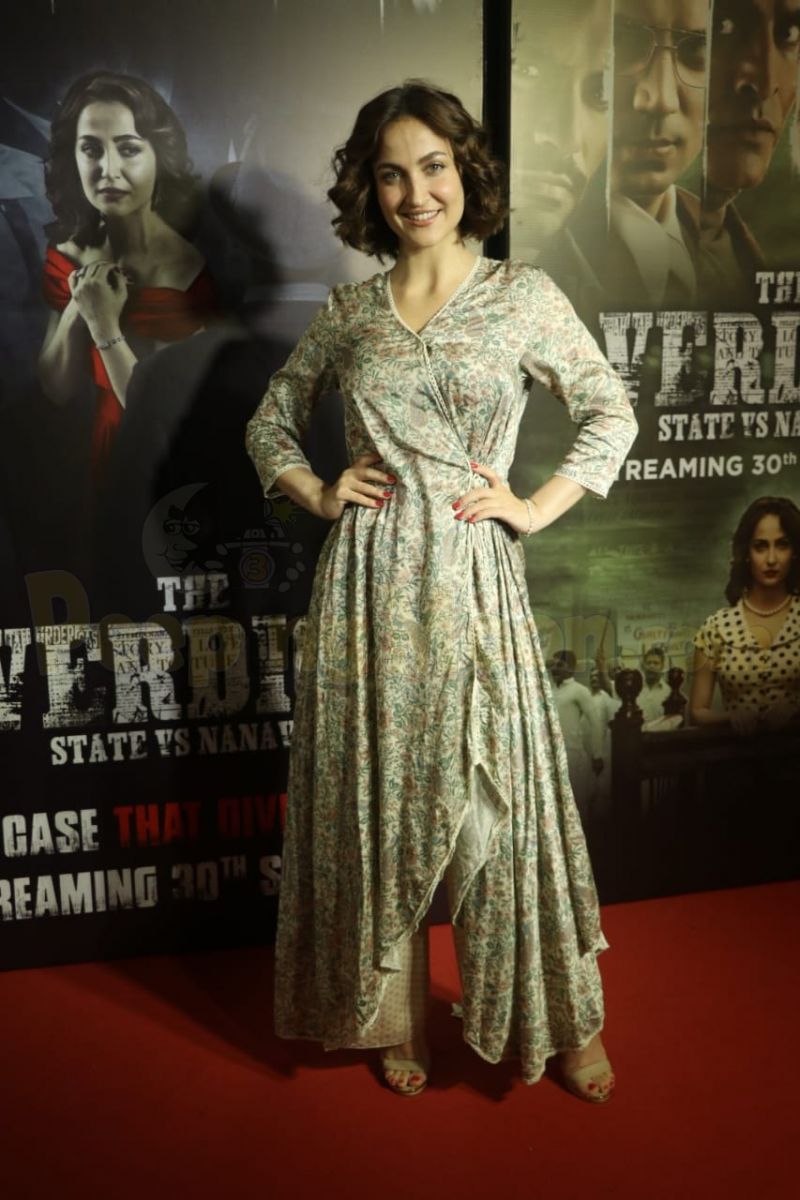 Kawas Nanavati, played by Manav Kaul looked handsome as he cheered for his show at the event. 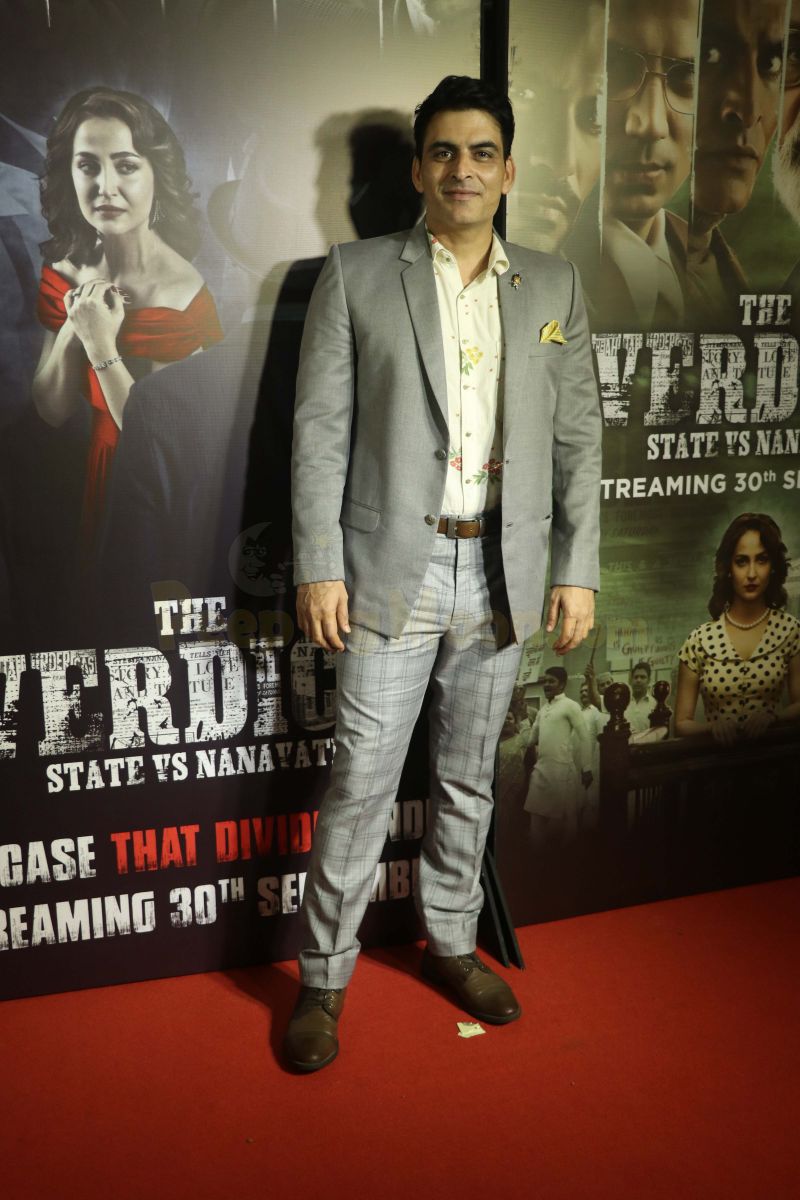 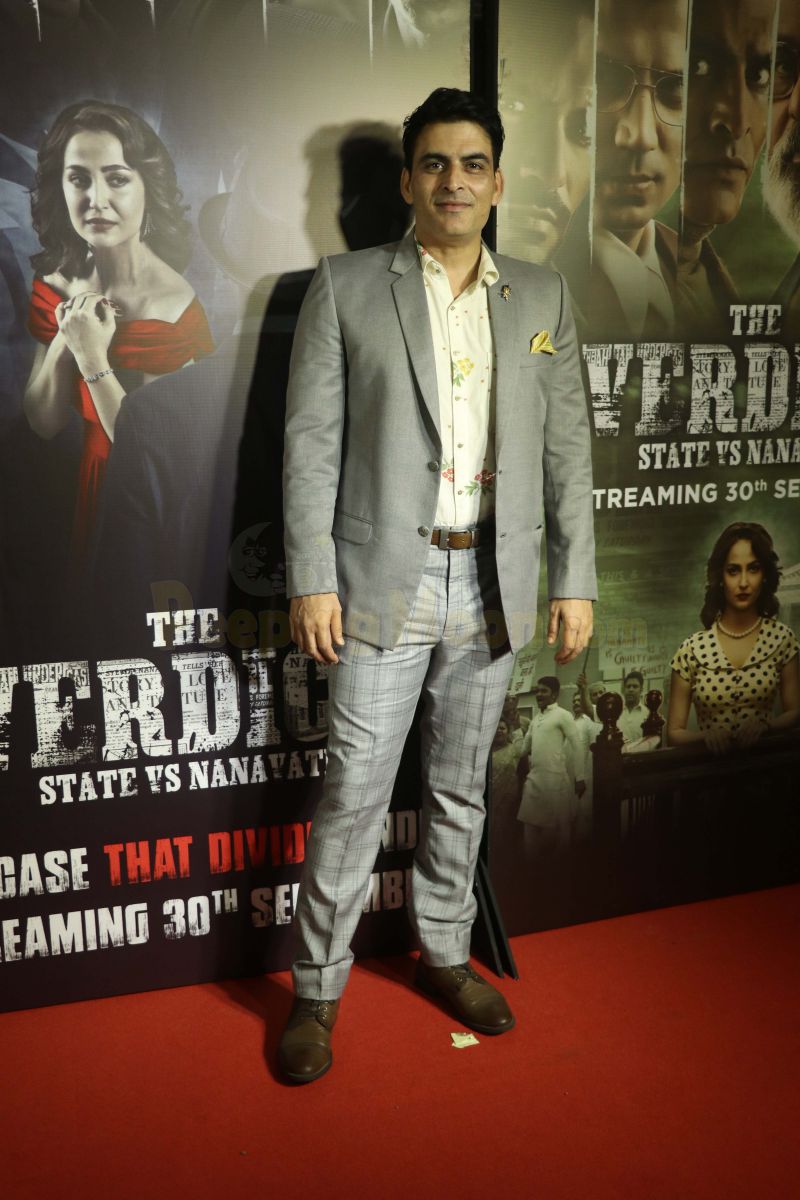 Sumeet Vyas, who plays the role of lawyer Ram Jethmalani, made a dapper appearance at the screening. 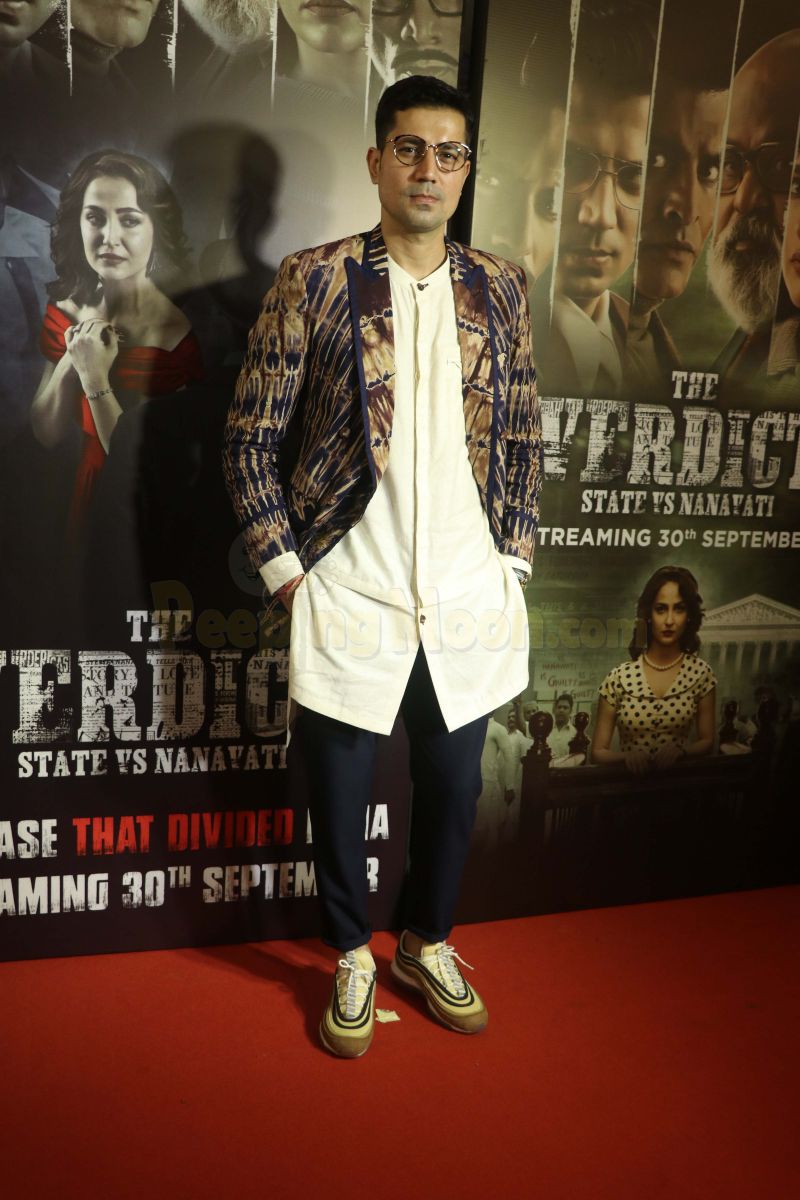 Viraf Patel aka Prem Ahuja, who is alleged shot dead by Kawas, posed for the cameras at the do happily. 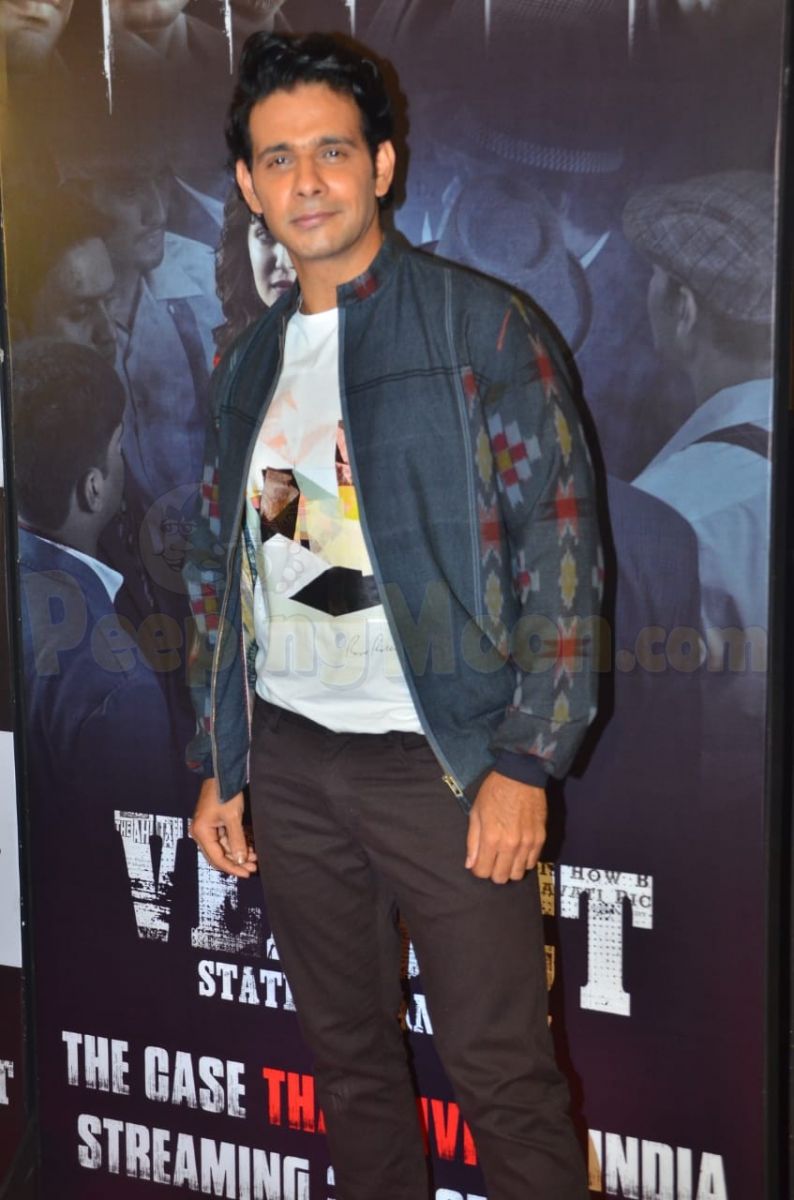 Kubbra Sait who plays the role of Mamie Ahuja, Prem's sister seemed all elated at the screening. 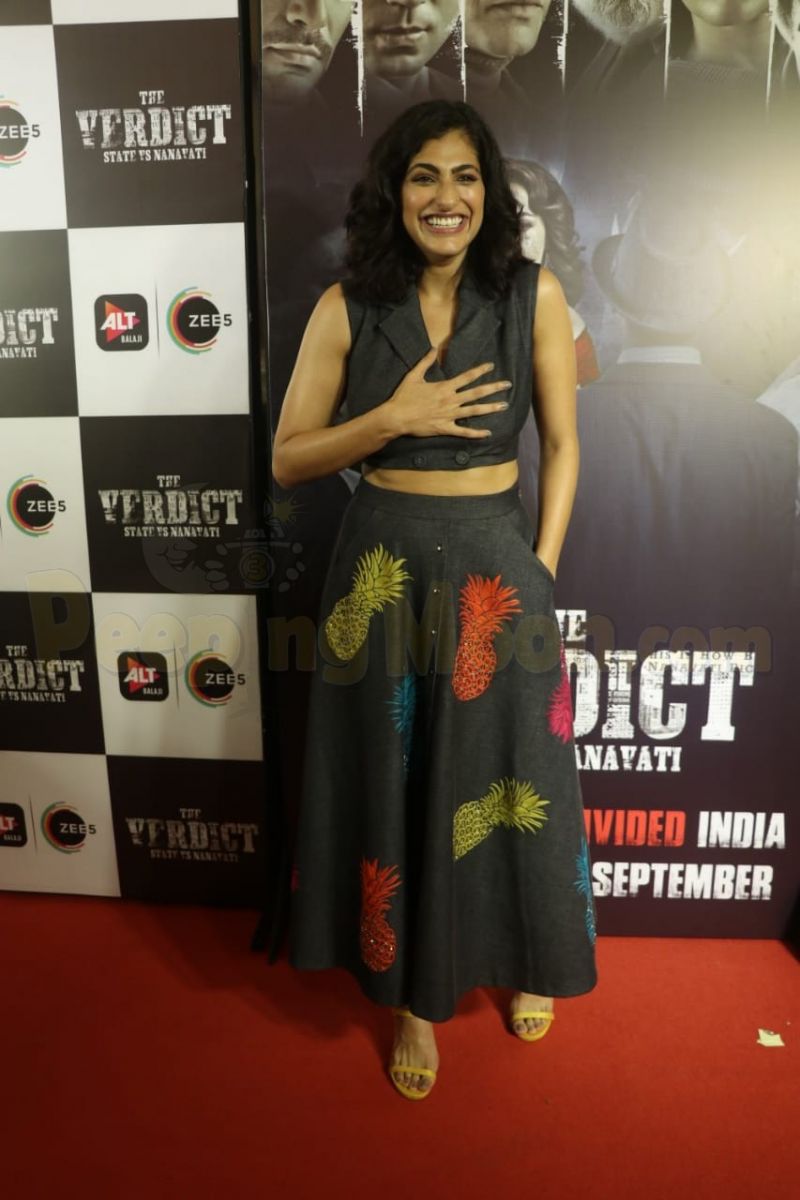 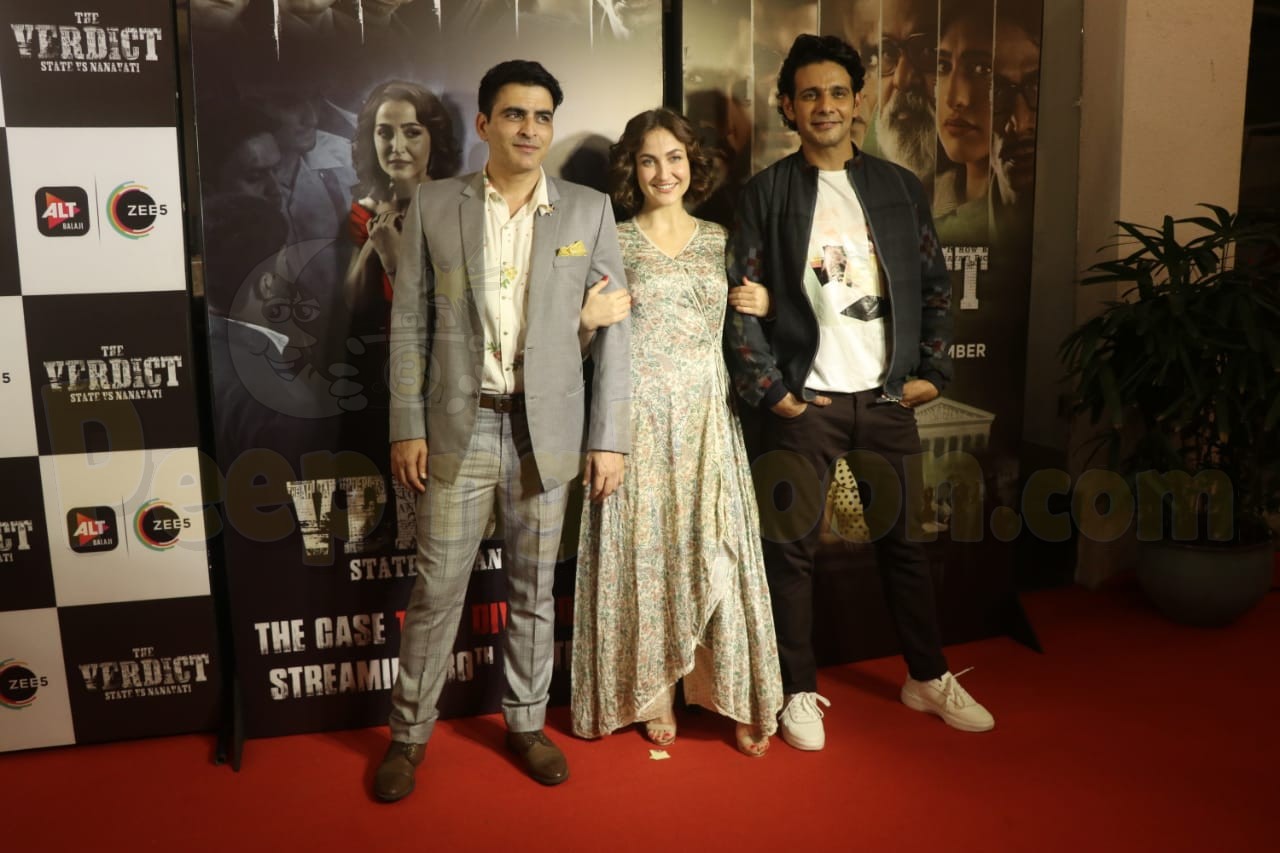 Aditi Bhatia and Saurabh Shukla cheered for the team at the screening. 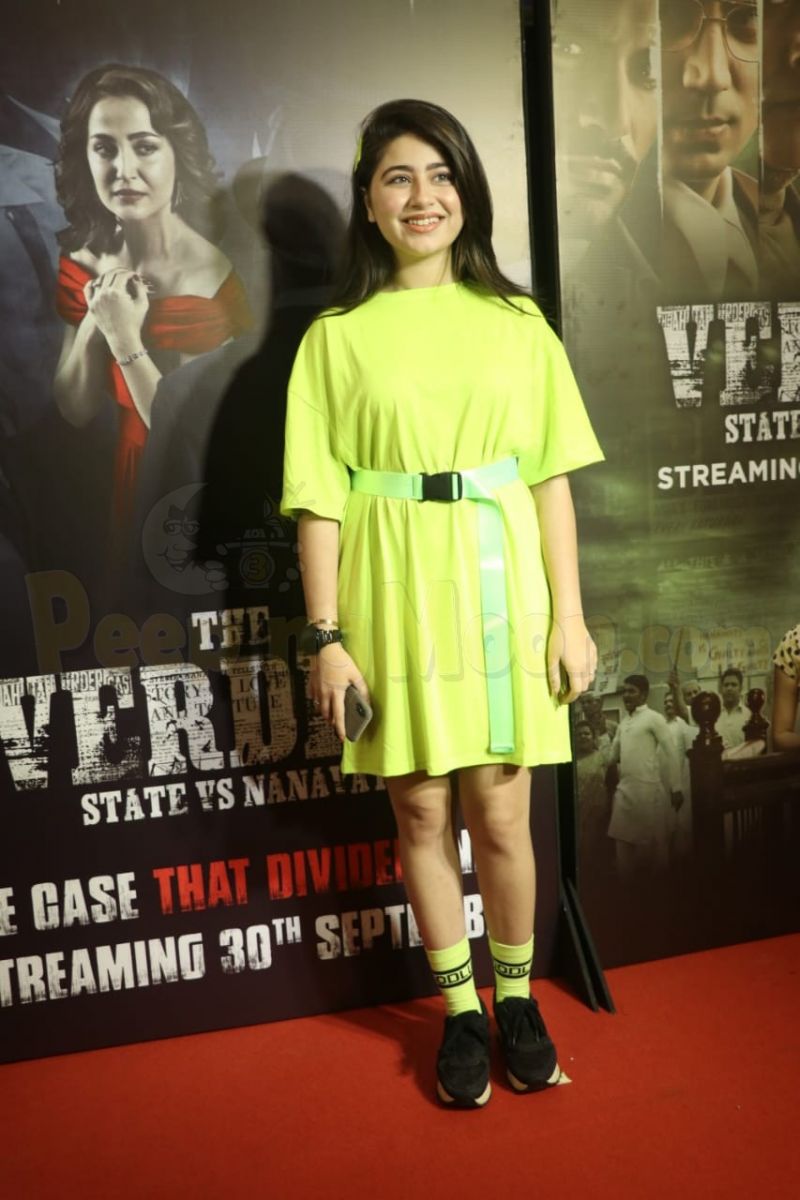 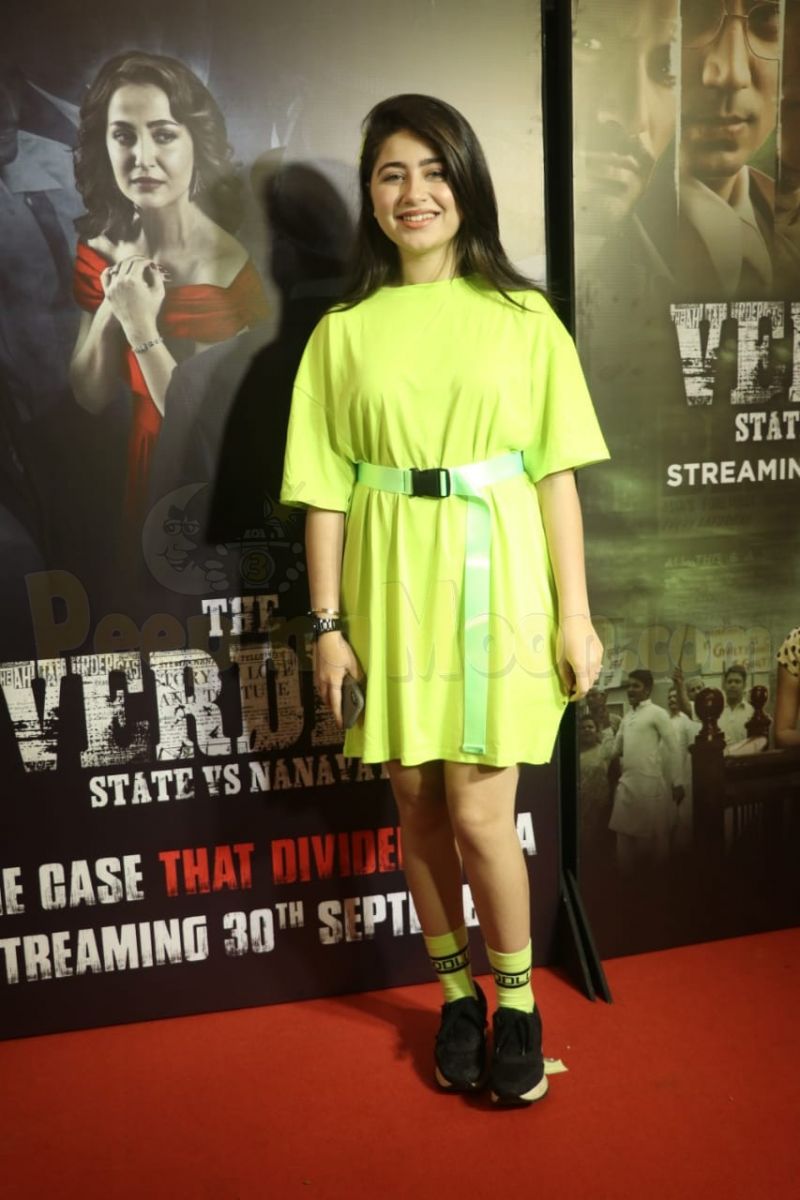 Panchayat Season 2 trailer: Jitendra Kumar is back grappling with the daily tribulations of village life

'And it begins,' says Karan Johar as he kickstarts shooting for 'Koffee With Karan 7'; don't miss the revamped bright orange cup

House of the Dragon Teaser: 'GOT' prequel shows if the Targaryens keep the Iron Throne in this game of 'fire and blood'