Advertisement
HomeBOLLYWOODTHE MARK MANUEL INTERVIEWThe Mark Manuel Interview: In real life, it took me time to accept the good news that I was becoming a father, says Akshay Kumar

INTERVIEWS for Good Newwz are going on at The Club in Andheri. In a banquet hall with a Christmas tree and blinking fairy lights. Kiara Advani, resplendent in white, looking like an angel off that tree, and Diljit Dosanjh, the poster boy for all fashionable Sardarjis, are talking to the media. I am waiting for Akshay Kumar. The Bollywood superstar who is paired opposite Kareena Kapoor Khan in this film. He comes in a large, grey Merc. Wearing snug black jeans and a navy blue tee. Sunglasses shading his eyes. A large black G-Shock which I suspect is his son Aarav’s, on his wrist. He’s looking leaner that ever. Also waiting for him is Daboo Ratnani. The celebrated photographer has to shoot Akshay for his 2020 calendar. His cameras, lights, reflectors and backdrop are set up on the lawns. “It will take five minutes,” Daboo assures me. “Less than that,” Akshay mutters. A plane roars overhead noisily. Coming in to land. Distracted, Akshay takes off the glares and looks up. Then he wraps up the shoot in three minutes flat. It’s a trick shot. And a balancing act. I won’t spoil it for you. Wait for Daboo’s calendar. He got Akshay perched on top of a Metro train for his 2019 calendar. Just the kind of stunt Akshay enjoys doing. “He always pushes the envelope,” Daboo informs me. Now Akshay hurries me into the interview. After which, he tells me, he’s shooting a commercial for Dharma 2.0. That’s Karan Johar’s zippy ad films and new age content division. I wonder how he does all this. At 52, he’s energy-plus. He shot for Good Newwz and Sooryavanshi simultaneously this year. Even while he was finishing Mission Mangal and Housefull 4. And began Laxmmi Bomb and took on Prithviraj at the same time. I don’t know any other actor who has such a consuming passion for making films. At the end of this week, he takes off. First to South Africa. Then Singapore and Dubai. To return late in January 2020. Most people close the year with a vacation. Akshay Kumar begins the new year with one.

Excerpts from the Good Newwz interview:

You’re known to be patient and understanding. How would you react if this goof-up had happened to you really?

That’s a hypothetical question. I don’t know how I would react. In the film, a court case doesn’t happen. For all you know, it’ll go to court. God knows. But at the end of the day, we’re talking about a life that’s coming. That life is important. This is what the film is about. Maybe, maybe I would react the same way as my character does in the film. Apne pe guzarti hai tab kya hota hai. You can interpret this film in different ways.

WHEN TINA GOT PREGNANT WITH AARAV… IT TOOK ME SOME TIME TO ACCEPT I WAS BECOMING A FATHER.

What was your knowledge of IVF before Good Newwz?

Oh, I knew quite a lot. I got to know from friends and other people. Do you think it’s getting difficult for couples to conceive nowadays because of the stresses related to our crazy 21st century lifestyles?

Yes, it’s a lifestyle problem. Especially in bigger cities. Everything’s got to do with the lifestyle you are going through. But IVF has really helped us. It has given happiness to eight million families. I know that’s the statistic right now. It has also made women who want their careers more than a baby at that point happy. Plenty of women want to get married but don’t want to have kids immediately. They’ll wait till they are 38 or 40. That’s their right. But it becomes a little difficult. So IVF gives women an 85-90% success rate of being able to conceive.

What were your reactions both times when you learned that your wife Tina (filmmaker and bestselling author Twinkle Khanna) had conceived?

When Tina got pregnant with Aarav… it took me some time to accept I was becoming a father. The second time with Nitara it was easy. The first time, even after Aarav was born, I took at least three months to realise that I had become a father. When he started calling me “Dada” – that word started registering in my head. Obviously, Tina became a mother as soon as she got pregnant. That’s how women are. But fathers take time. And realization sinks in only when they hold their baby in their hands. That’s exactly how it is in Good Newwz. 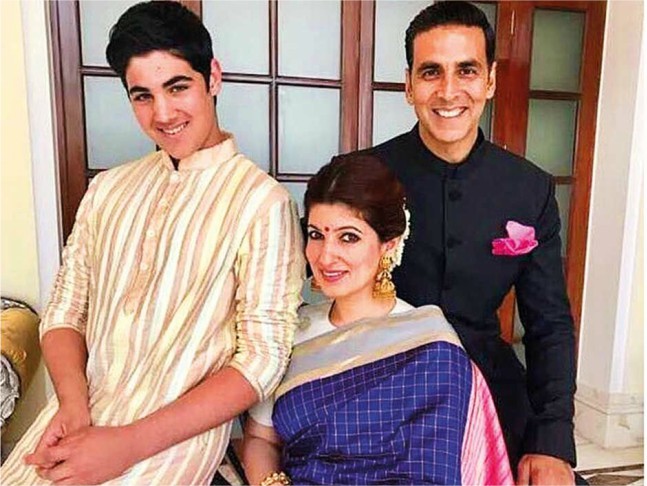 Both the trailers of Good Newwz are hilarious. All the songs are rocking chartbusters. The film is a comedy. Yet, I sense a tearful ending…

This is one of those films where the songs have worked really well. Tears at the end, because that’s how it is. And the end of the day, this is a sensitive subject. But despite the goof-up, we treated it with a lot of comedy. The last 10-15 minutes of the film are sensitive. Otherwise, it’s a rollercoaster ride!

Why does it have such a strong Punjabi flavour?

That’s because both the couples in the film (Akshay and Kareena; Diljit and Kiara) are Punjabis with the surname Batra. But we don’t speak Punjabi. All the dialogues are in Hindi. Yes, the dialect is Punjabi. The pronunciation of some words only.

TAKE CARE OF YOUR PARENTS – THAT’S WHERE YOUR LUCK LIES.

You appear comfortable in your skin. You’re shown to be middle-aged and greying. And you dance in a red skirt for the song Laal Ghagra…

I was greying in Mission Mangal also… 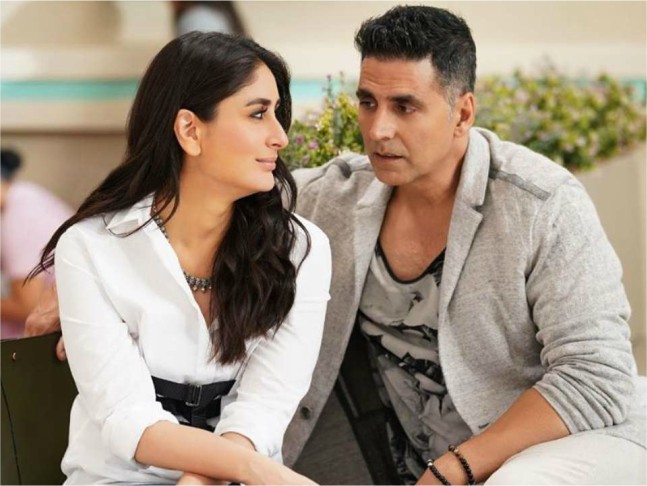 Yeah, but you were a middle-aged scientist in that film.

I’ve never hid my age. I’m proud to say that I’m 52. What’s wrong with that? As for that red (ghagra) skirt scene, that was impromptu. The choreographer of the song didn’t realise I was going to be wearing it. And this shot was meant to be for the video on the making of the film. But the choreographer liked it so much, he included it in Laal Ghagra. That was entirely my innovation.

We’re coming to the end of another decade. You’ve made, what, 38 films in ten years? That’s an average of four films a year. Plenty of hits, some flops. What has been the biggest lesson this decade taught you?

Every decade has all this. Hits and flops. It’s happened before. And before that too. You’ve got to learn not to take success seriously. And to relax. Everybody has to fall. That’s the law of nature. It’s as sure as the night following day. Pray that your night has a full moon. I’ve seen so many falls. But I’ve been lucky because I also had the strength to take these falls and go ahead. You just keep on going, you keep on working hard. As Swami Vivekananda ji said, “Don’t pray for success, pray that you have the strength to take failure.” 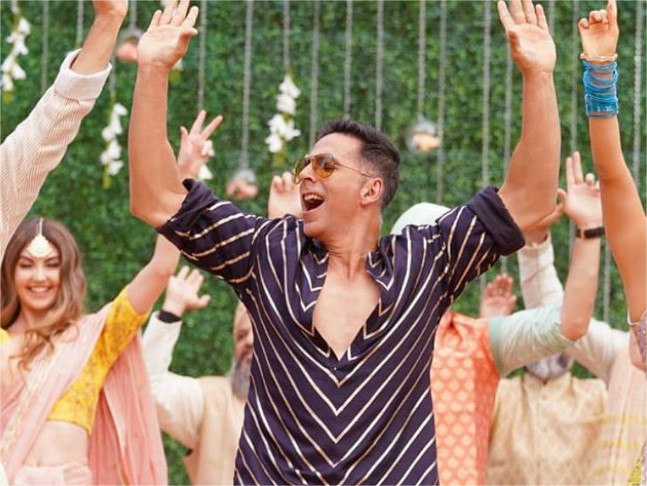 What New Year message do you have for your zillions of fans?