Kriti Sanon has been out and about the city promoting her upcoming film Panipat and dropping a look bomb on us of all sorts. She was majorly spotted flaunting ethnic ensembles promoting her period drama and honestly, it served as a classy lookbook for the upcoming wedding season. For one of her appearance, Kriti opted for an intricately detailed Tarun Tahiliani sharara which took us back to the time when Shraddha Kapoor wore a similar one sometime earlier this year.

Buckle up internet tribe as the fashion face-off takes an ethnic twist! 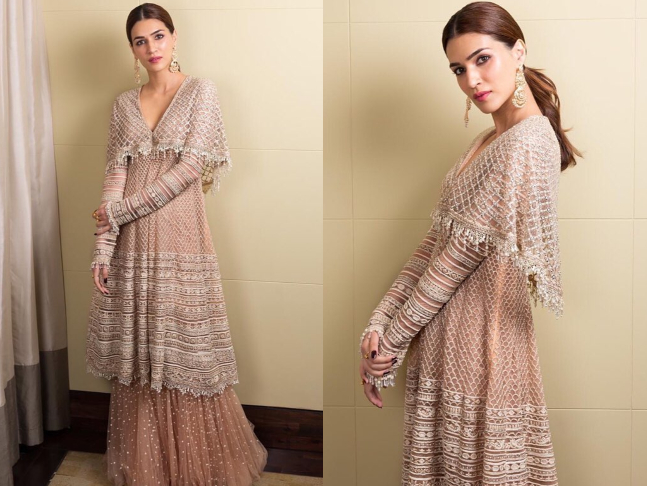 Styled by Sukriti Grover, Kriti wore this ethnic Tarun Tahiliani ensemble that bore delicate embellishments and a cape detailing. Ditching the dupatta she accessorized her pastel number with a pair of earrings from Anmol Jewellers. A subtle glam with pink lips and a pulled back ponytail was the route to take for this heavily embellished couture.

But it was Shraddha who flaunted this ensemble earlier… Styled by Tanya Ghavri, Kapoor wore this embellished sharara and pulled it off with utmost ease. Contrary to Sanon, Shraddha's version of this ethnic number featured a short peplum top. Just like Kriti, she paired her ensemble with a pair of dazzling danglers and opted for a subtle glam with a chic ponytail. Although, that dainty bindi was a perfect add on to her look. 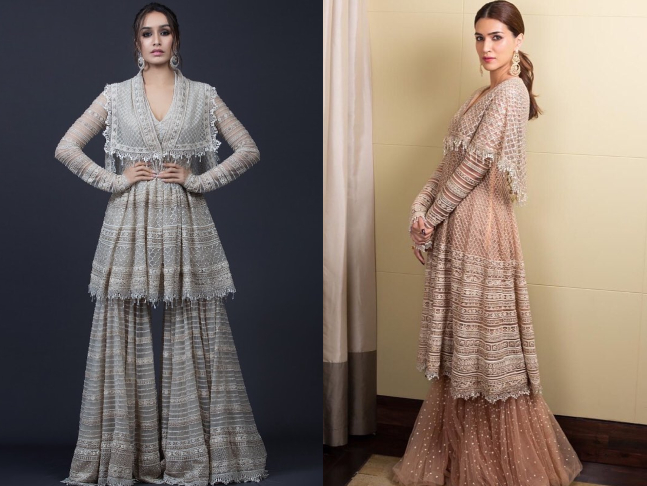 Battle of the blazers! Alia Bhatt or Tara Sutaria, which ‘Student of

Pre-wedding shenanigans: Deepika Padukone or Yami Gautam, which bride was the orange blossom of her big day?