Just when you thought you had seen the mother of all cop movies, Mohit Suri brings out Malang: Unleash The Madness in which Anil Kapoor is the good cop and bad cop and he’s such a rock-star he gives a kick-ass performance as both. The lead actors are Aditya Roy Kapur and Disha Patani and they are as gorgeous as the sunny skies, blue sea and golden beaches of Goa where this romantic action thriller is so breathtakingly picturised. But somehow, you will keep waiting for Anil as Inspector Anjaney Agashe of the Crime Branch to return to the screen. He sniffs cocaine in toilets then comes out and encounters drug dealers in Goan bars! Talk about a cop with attitude, swag and a blood lust.

It’s a nice, sweet tale of revenge and you cannot help get the feeling that Mohit wants to reintroduce the thrill and suspense of his Murder 2 and the music and romance of his Aashiqui 2 in Malang: Unleash the Madness. The ingredients are all there. Murders are aplenty with a twist of suspense added and the romance between Disha and Aditya is sizzling hot with some terrific kissing sequences thrown in to take the heat a notch higher. There are nice songs along the way and the title track plays a couple of times but they aren’t obtrusive and in your face and leave you to concentrate on the romance and action instead. And of that, there is plenty. Also shown for real is the rave party scene in Goa in which our lead pair merge so naturally. 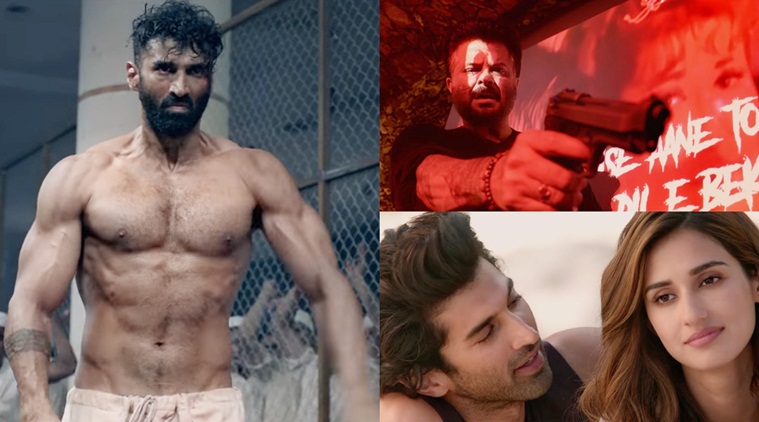 RECOMMENDED READ: 'Malang' Disha Patani proves she is one of the hottest actresses in Bollywood!

Of the performances, Disha is all long legs and lovely sun-kissed body with an innocent and trusting face while Aditya, who for once gets a gritty action role, with unkempt hair and unshaven look is perfect as her love interest. That’s the first half of the film when they are beach bums staying in a hippy commune without a care in the world, doing drugs, smoking and drinking (the statutory warning never leaves the screen), hopping from one party to another, facing their fears and living their dreams until it all goes horribly wrong.

Watch Disha and Aditya have a detailed conversation here:

That revenge is a dish best had cold comes out deliciously in the plot five years later. And there’s a killer twist in the tale at the end but somehow you were expecting it because all the world loves a lover and you know some knots are still left untied in writer Aseem Arora’s story. But in between the start and end, there’s also Anil and Kunal Kemmu as another bad apple in the Goa Police. Here’s another hugely talented performer whose last couple of films didn’t showcase what fabulous work he’s capable of giving. Anil and Kunal are so bad, they are good!