When Chandro and Prakashi Tomar. aka the Shooter Dadis. win their first medals, they explain their ‘real age’ to media, “A woman’s real age is the life she has lived for herself, and not others.” It sums up the message of Saand Ki Aankh - If you have the will for it, age is just a number to have new beginnings. Both Dadis took up pistol shooting in their 60s and went on to win medals in every competition they participated in. They are in their 80s today and hailed as the oldest sharpshooters in the world!

SAK is a biographical based on two sisters-in-law, Chandro (Bhumi Pednekar) and Prakashi (Taapsee Pannu) of Uttar Pradesh’s Johri village. The film’s first half sheds light on the lives of the Dadis when they were newly married, and how their day to night looks like. The women are covered in ghoonghat by day and wear colour coded dupattas so that their husbands know who to sleep with at night! They toil around the clock in fields, brick kilns, the kitchen and become mothers to a large brood. In this patriarchal setup, the Tomar sisters’ lives are decided by the men in their house who are against ‘working women’. 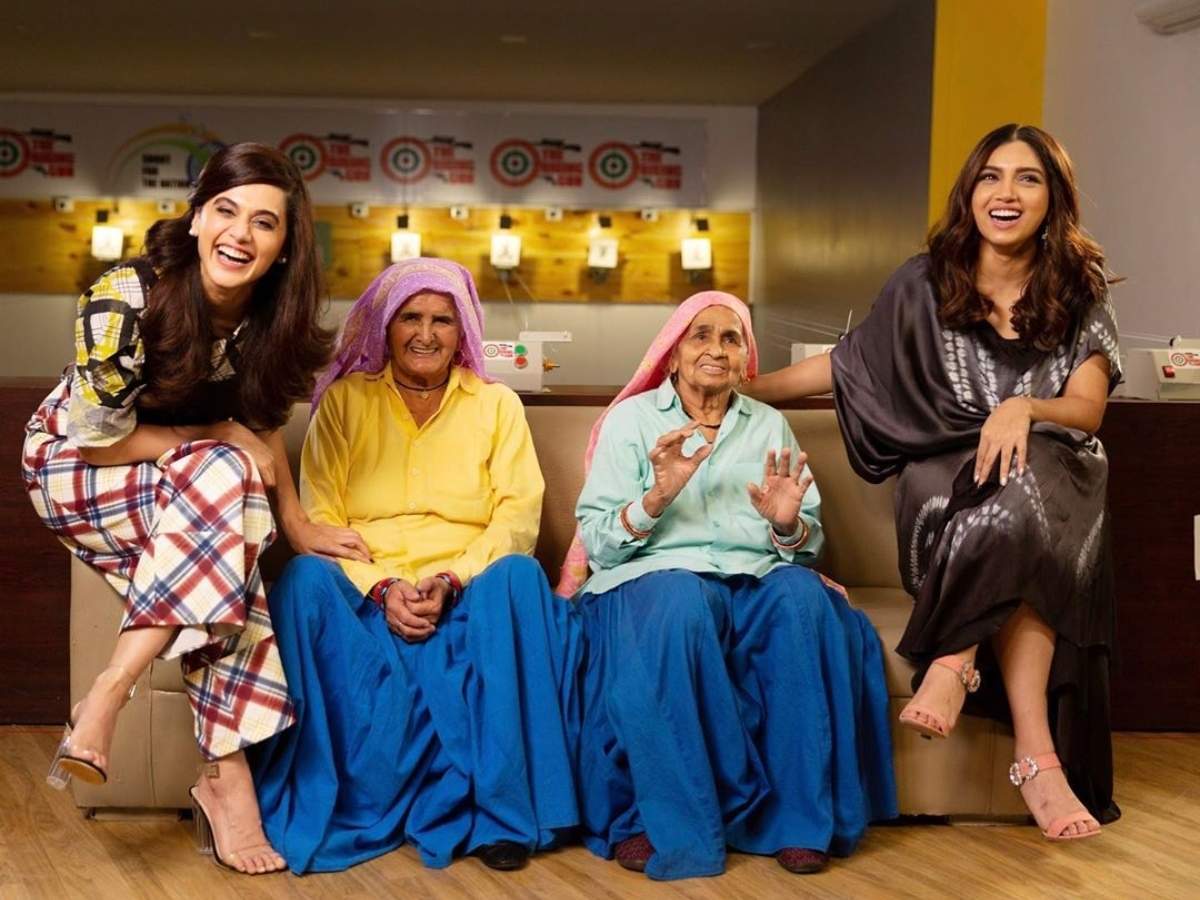 But the situations are not as grim. Both Dadis always keep their childlike enthusiasm alive and indulge in little escapades to keep themselves entertained. Things change when Chandro and Prakashi become grandmothers and in their 60s, meet the doctor-turned-shooting instructor Dr. Yashpal (Viineet Kumar Singh) who opens a shooting range in their village to help provide government job opportunities to the villagers.

Both Dadis encourage their daughters and granddaughters to take up the sport, secure a job and make a life outside the four walls of the village. To show their kids how it’s done, the Dadis shoot a bull’s-eye on their first try. Dr. Yashpal tells the shooter grannies: “Bulls aka ‘Saand’ and Eye aka ‘Aankh’… yaane ki  ‘Saand Ki Aankh’ on hitting the mark!”

Recommended Read: The Sky Is Pink Review: Priyanka Chopra Jonas and Farhan Akhtar teach us to embrace death with smiles and tears in equal measure

Soon they start competing in shooting competitions for veterans and win medals every time. The men in the house believe the Dadis are attending satsangs while inspiring the daughter and granddaughter to practice and take up the sport. What shines throughout the film is the sisterhood between Bhumi and Taapsee. Their desire to break free is real, their angst is palpable and the determination to set an example for their children to lead a better life, inspiring. Debutant director Tushar Hiranandani and writer Balwinder Singh Janjua have summed up the real-life drama in a not-so-preachy manner with a tinge of humour. Songs like Udta Teetar and Womaniya are tell-a-tale numbers. The other songs could have been skipped, as they hinder the pace of the film.

Taapsee and Bhumi are outstanding. Their bonhomie shows in their performances – Taapsee being feisty and Bhumi calm. They make a sincere effort to imbibe the body language of the elderly characters they are playing. Except for shoddy prosthetic makeup, inconsistent wrinkles and different shades of silver in their hair, the two women are in topnotch form. Vineet, in his supporting role, fits seamlessly into the plot. A special mention to actor-director Prakash Jha, the man in the house, an orthodox sarpanch who dismisses every effort made by the women in Jat-flavoured dialect, lending gravitas to his role. 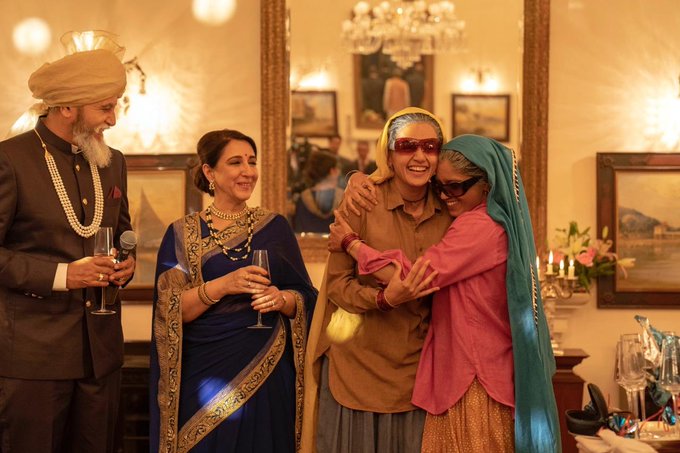 The film goes a bit too long in the first half but finds its footing post interval. A tighter edit by Devendra Murdeshwar would have kept the narrative crisp and engaging. But Taapsee and Bhumi steal the thunder with their story of women empowerment.