Arjun Patiala Review: Diljit Dosanjh and Kriti Sanon make us laugh a 'little' in this spoof-comedy

Touted to be the 245th policewali picture of Indian cinema, Rohit Jugraj Chauhan’s Arjun Patiala fails to tickle our funny bones. The film starts with making one point very clear – to make any Bollywood film successful, all you need is a hero-oriented story, a beautiful heroine, an item song, and a mandatory action sequence. But unfortunately, Arjun Patiala fails miserably to prove its own point. Starring Diljit Dosanjh, Varun Sharma and Kriti Sanon, the film is a Bollywood spoof. Even though spoof as a genre has not been seen much in Bollywood, the star cast tries its best to showcase it in a funny manner.

The film starts off with a writer selling his film to a producer and the scene has been lifted by the presence of ever dependable Pankaj Tripathi and Stree fame Abhishek Banerjee who narrates the story of a cop Arjun Patiala (Diljit Dosanjh), his ‘heartbeat’ Kriti Sanon and his ‘chella’ Onidda Singh (Varun Sharma). Together, Diljit and Varun wish to accomplish their mission of a crime-free town with their goofy style of policing. 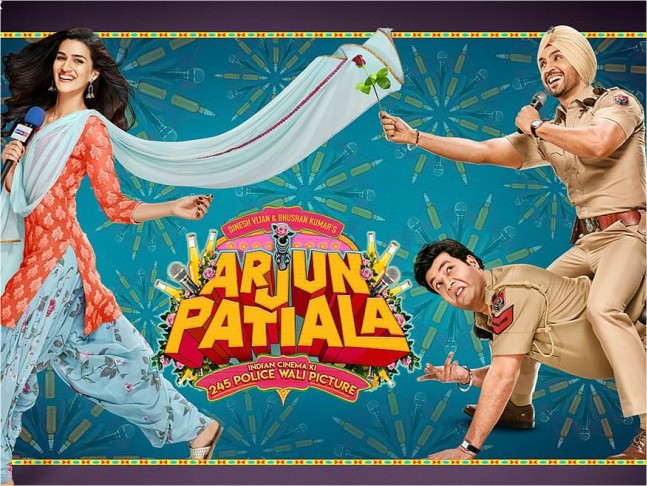 Diljit as the ACP of Ferozepur has his priorities set right – work, women and whisky and to give him good company is his loyal constable Varun. Diljit proves ‘love at first sight’ is indeed real when he sees a glamorous yet feisty television reporter Ritu Randhawa (Kriti) casually eating Pani Puri on the road.

What happens after Diljit and Kriti fall in love is just a series of bizarre events fit forcefully into a 1 hour 45 minutes film. Everyone is a part of a fictional story of a formula film narrated by a writer (Abhishek Banerjee) who often breaks the fourth wall and talks to the audience. This altogether takes away the scope of taking any scene of the film seriously.

Twenty minutes late to the film, ‘Bijli se bhi tez’ Kriti manages to be the sole grace of this ‘parody gone wrong’ but her chemistry with lover Diljit is as dull as the film. Diljit’s and Varun’s ‘yaari’ is something to look forward to when the going gets boring. A film so dull that even Sunny Leone’s much-awaited cameo could not manage to light up the screen. 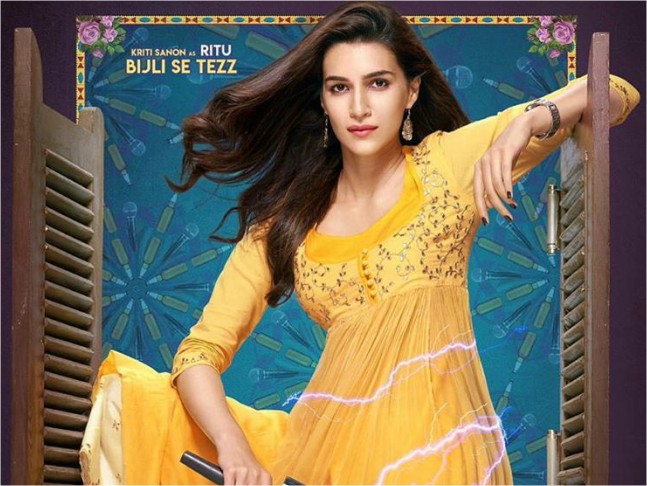 On the other hand, Abhishek Banerjee and Bollywood’s new go-to actor Pankaj Tripathi put a spark on the screen with their short yet special appearances. The supporting cast covers up when needed. Ronit Roy as IPS Amarjeet Singh Gill tries his best to keep his policemen motivated. Seema Pahwa as the unscrupulous MLA Prapti Makkad tries to bring in a fun angle and Mohammed Zeeshan Ayyub adds on to the comedy with his act as a gullible goon called Sakool.

The film’s writing, direction and execution are increasingly childish and pointless in the second half, as it stumbles towards a clumsy climax. But thanks to the makers for unconventional and creative editing that attempts to make us laugh. The film’s music seems to be good with a romantic song, an item number, a party song and finally a sad track that makes for a perfect album. 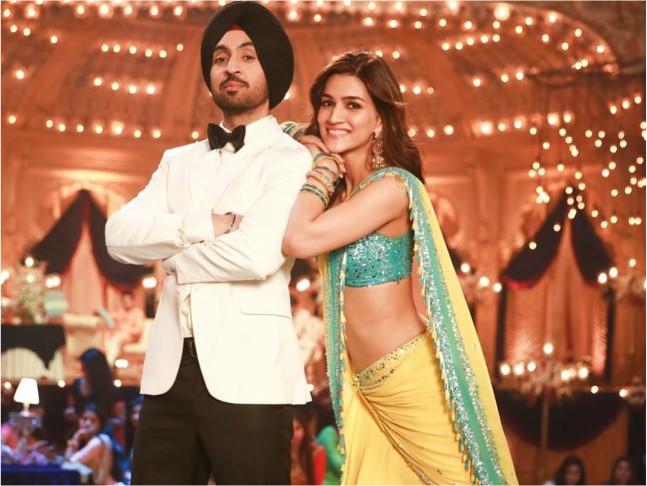 ‘With you for you always’ reads the slogan of Diljit’s police van but honestly, the film was neither with us nor for us. A onetime watch for all Diljit-Kriti fans.