Jurassic Park holds a special place in the history of global cinema. 29 years after the first film released, the final part of the Jurassic World trilogy is hitting the big screens this Friday. Serving a hearty dose of nostalgia, Jurassic World: Dominion opens the door to the world of extinct dinosaurs.

Jurassic World: Dominion is set in the neo-Jurassic Age where humans and dinosaurs must coexist. However, it is Biosyn, a sinister corporate associated with genetic mutation and research that threaten to disrupt the delicate balance forged between the creatures and mankind. Dr Ellie Sattler (Laura Dern), Dr Alan Grant (Sam Neill) and Dr Ian Malcolm (Jeff Goldblum) see this crisis beforehand and reunite to avert the ecological disaster.

On the other hand, the film also focuses on Owen (Chris Pratt) and Claire (Bryce Dallas Howard) who head out to Biosyn but their purpose is different. They have to save their daughter Maisie (Isabella Sermon) who has a hidden past. Maisie is kidnapped for being a 'valuable intellectual property'. When both the parallel tracks meet, Jurassic World: Dominion's journey begins. 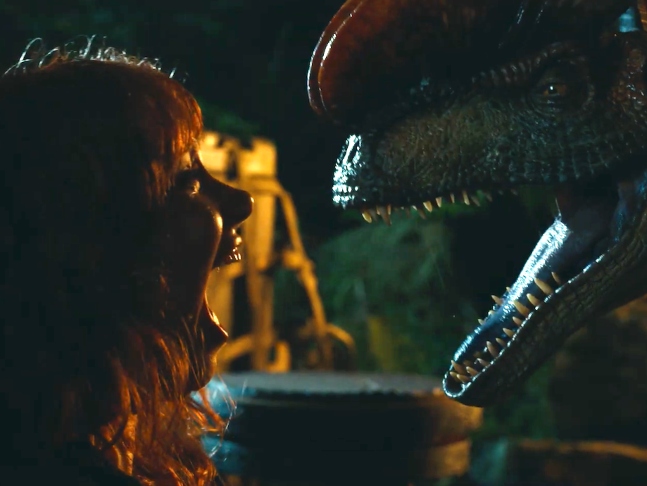 A franchise becomes memorable when the beginning is impactful and the end is thrilling. While the beginning was certainly memorable, the end falls short on gritty action, fear, urgency and emotions. While there is no comparison between the scares in Jurassic Park and Jurassic World: Dominion, there are surely some breathtaking and genuinely interesting moments, especially in the second half of the film. Watch out for the bike chase sequence between man and wild. A particular scene focused inside the woods is spectacular too. It does evoke some fear. 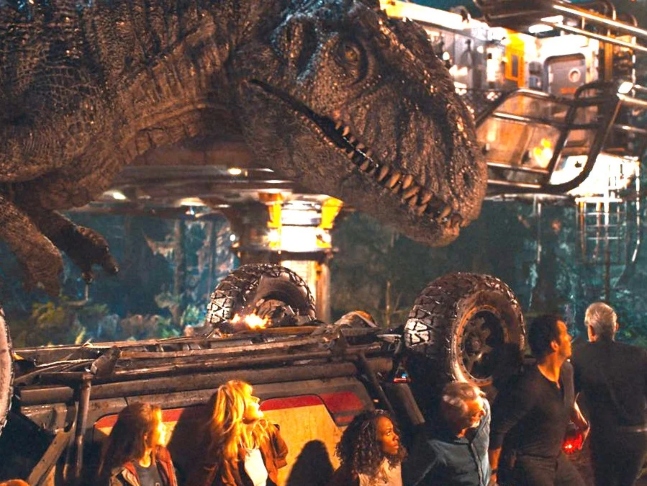 The VFX team deserves a special mention for creating magnificent CGI dinosaurs that dominate this close to 2.5 hours film. Despite this, the effort to create fear feels forced. Speaking of the first half of Jurassic World: Dominion, the plot is all over the place and goes haywire creating more chaos that any semblance of sense. It is only in the second half that the film begins to pick up its scattered pieces and realizes that it needs to have a logical end. Does it manage to do so? To some extent, yes.

The larger-than-life Jurassic World universe can certainly prove to be a perfect cinematic escapism visually, but plot-wise, a bumper finale was clearly the need of the hour and it fell short of it.