The coronavirus pandemic created a huge void when it came to Hollywood releases on the big screen but that did not hinder the movers and shakers to stir things up nor did it curtail the number of controversies that the stars got into.

The year saw various ups-and-downs where some stars delighted fans by scaling new heights of success while some fell from grace. Here’s a quick recap of all the newsmakers and controversies that happened in Hollywood this year. 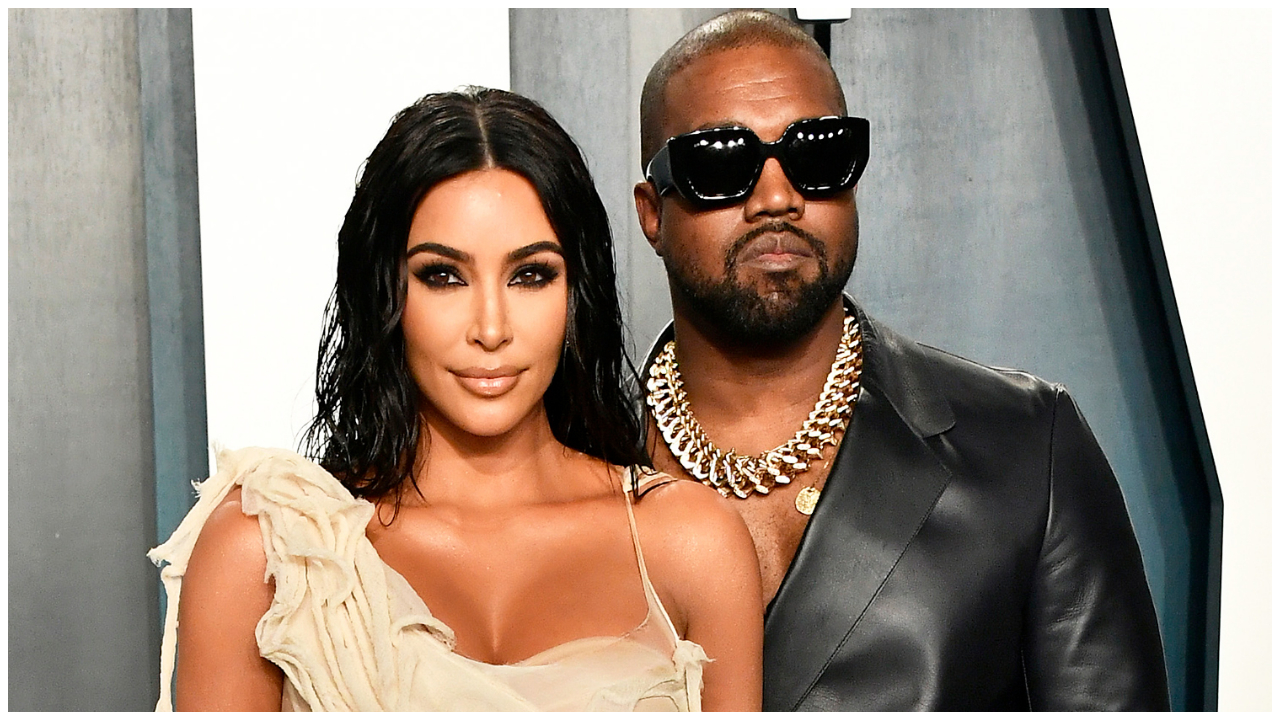 Kim Kardashian filed for divorce from her rapper husband Kanye West this year after six years of marriage and four children together. Kim had sought to revert back to her original name and be declared legally single even though Kanye changed the lyrics his hit song Runaway during a Los Angeles benefit concert, singing, “I need you to run right back to me. More specifically, Kimberly.” However, Kim has made it clear that she wants to move on and has started dating Pete Davidson. The pair tied the knot in 2014 and share four children: North, 8, Saint, 6, Chicago, 3, and Psalm, 2.

Keeping Up With the Kardashians comes to an end 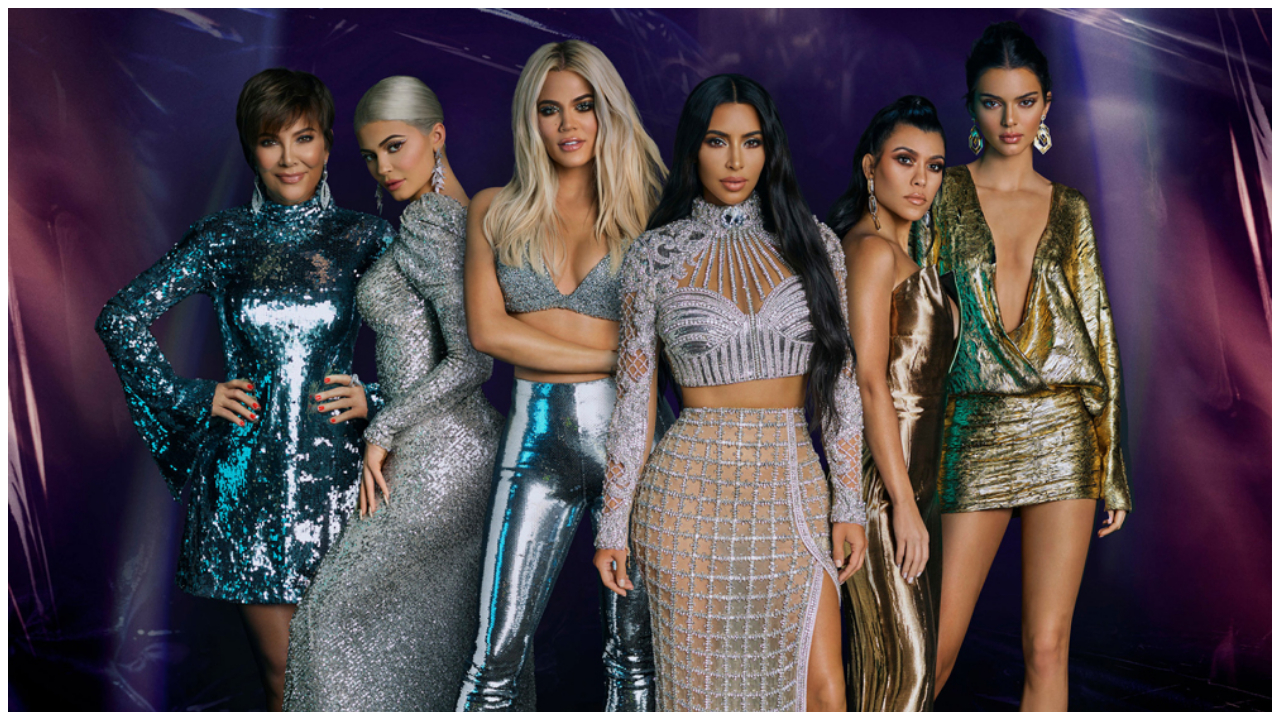 After 20 seasons and 14 years, Keeping Up With The Kardashians, the reality show that reinvented all reality and celeb shows finally came to an end in the early 2021. The decision to end the show was made by the Kardashian-Jenner family and announced in September 2020. The statement read, “It is with heavy hearts that we say goodbye to Keeping Up with the Kardashians. After what will be 14 years, 20 seasons, hundreds of episodes and several spin-off shows, we’ve decided as a family to end this very special journey. We are beyond grateful to all of you who’ve watched us for all of these years — through the good times, the bad times, the happiness, the tears, and the many relationships and children. We’ll forever cherish the wonderful memories and countless people we’ve met along the way” the famous family said in a joint statement, signed by Kris Jenner, Kourtney Kardashian, Kim Kardashian West, Khloé Kardashian, Rob Kardashian, Kendall Jenner, Kylie Jenner and Scott Disick. 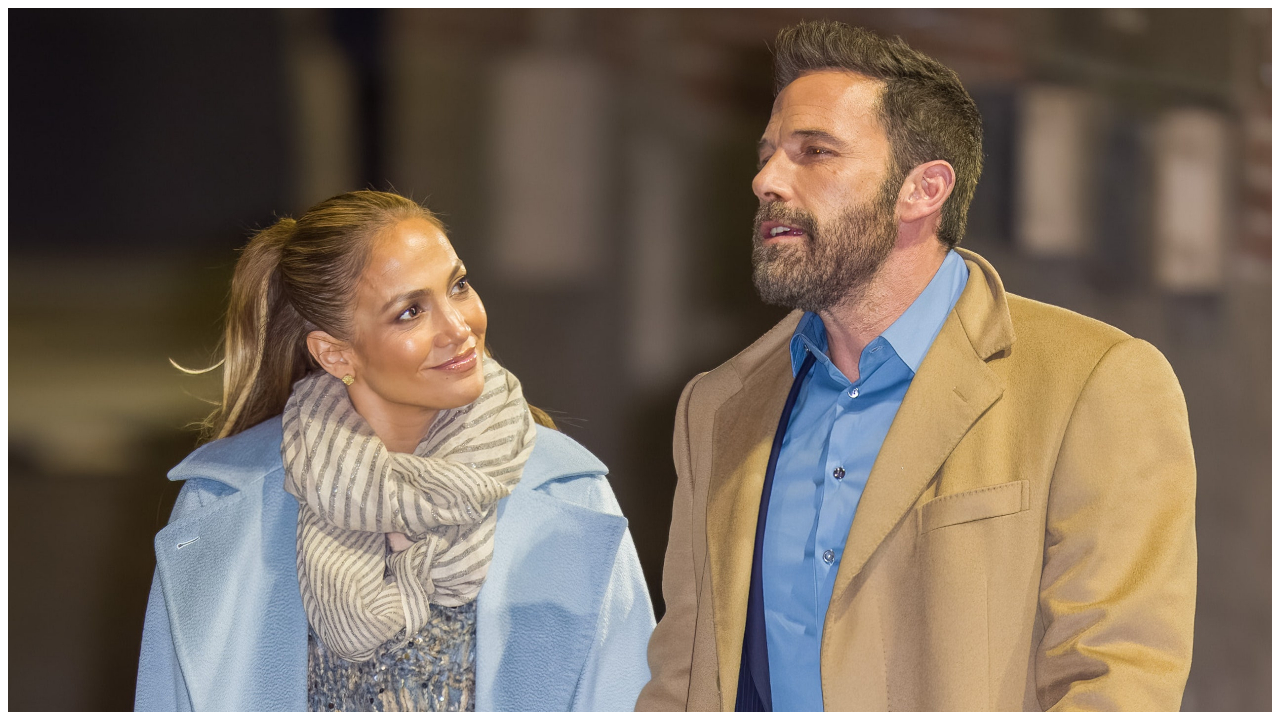 Ben Affleck and Jennifer Lopez got their fans in frenzy when they rekindled their romance in 2021. The actors first dated in the early 2000s and separated in 2004 breaking off their engagement. Over the years, they both got married and had a few kids of their own. Now, in 2021 Bennifer as they are lovingly called, got back together nearly after two decades. Apparently, they picked up right where they left off as they were always in touch. This time around the couple have got their kids involved as well and seem to be enjoying each other’s company with less media scrutiny and interference. It seems Ben and Jennifer are planning for the long run this time around. 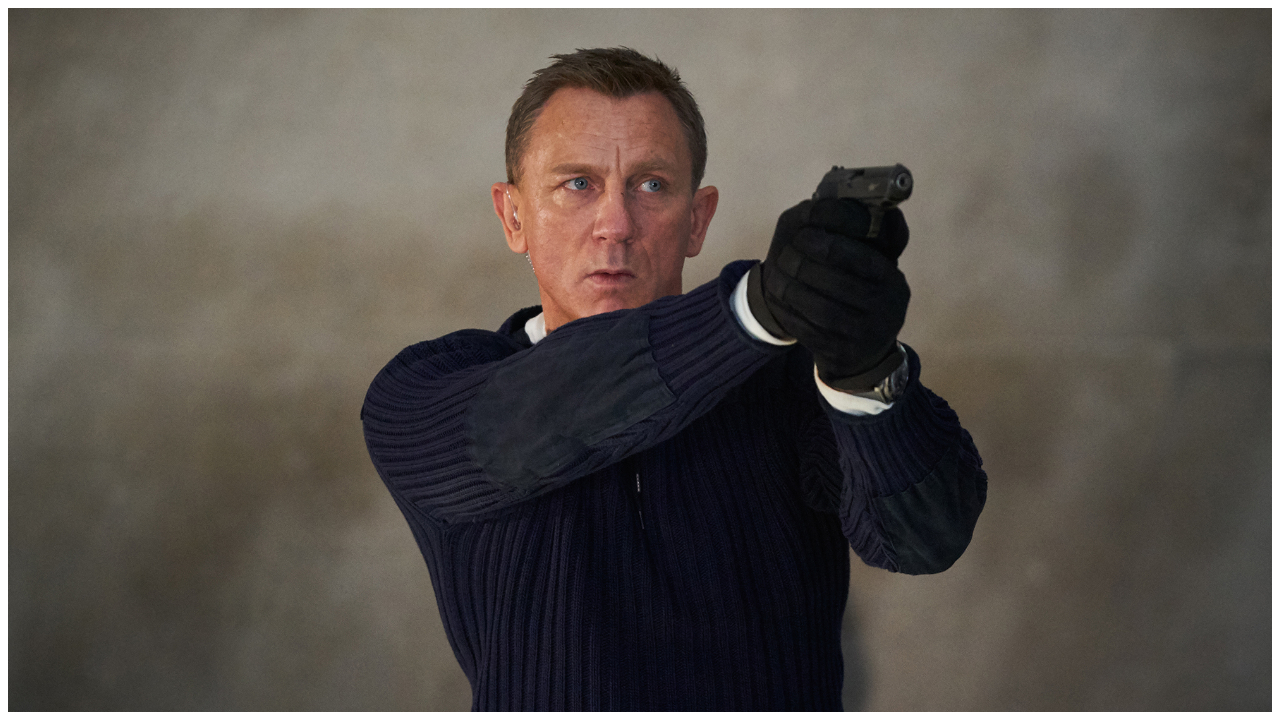 Daniel Craig, who took over the role of the popular and much loved fictional British spy James Bond from Pierce Brosnan in the eponymous film series beginning with Casino Royale in 2006 and in four further instalments, up until No Time To Die (2021) has bidden goodbye to the role. Although when Craig first took up the mantle there were several naysayers but he has become the most successful Bond on screen with each and every film of his becoming a blockbuster. Now, the hunt for the next actor to play James Bond is on. 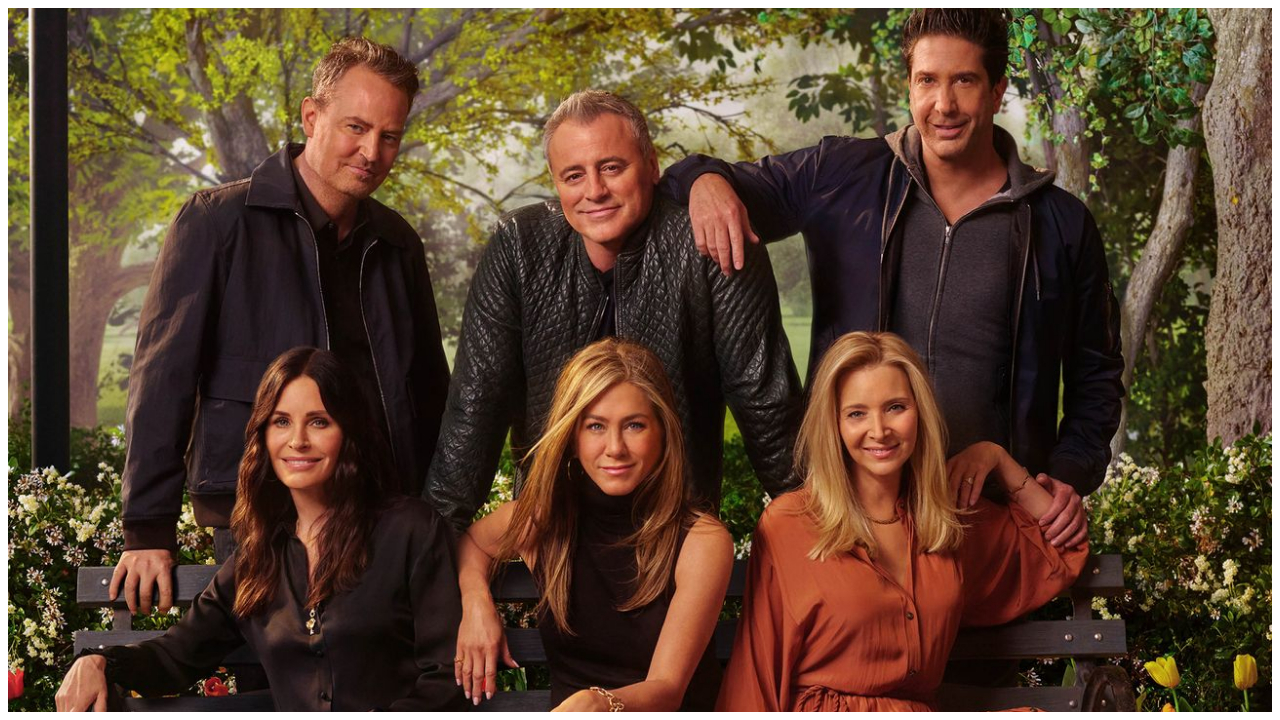 Finally 2021 brought what every avid FRIENDS fan wanted- to see the six actors Jennifer Aniston, David Schwimmer, Matthew Perry, Courtney Cox, Matt LeBlanc and Lisa Kudrow back on the orange couch, sitting and sipping coffee in Central Perk together. The actors filmed FRIENDS: The Reunion special which was premiered on HBO Max and brought the world to a stand-still. It took 17 long years after the show FRIENDS ended to get the actors who played poupular characters of Rachel Green, Ross Geller, Chandler Bing, Monica Geller, Joey Tribbiani and Phoebe Buffay back together, but it was all worth the wait as they dropped bombshells, revelations and re-enacted their iconic scenes. 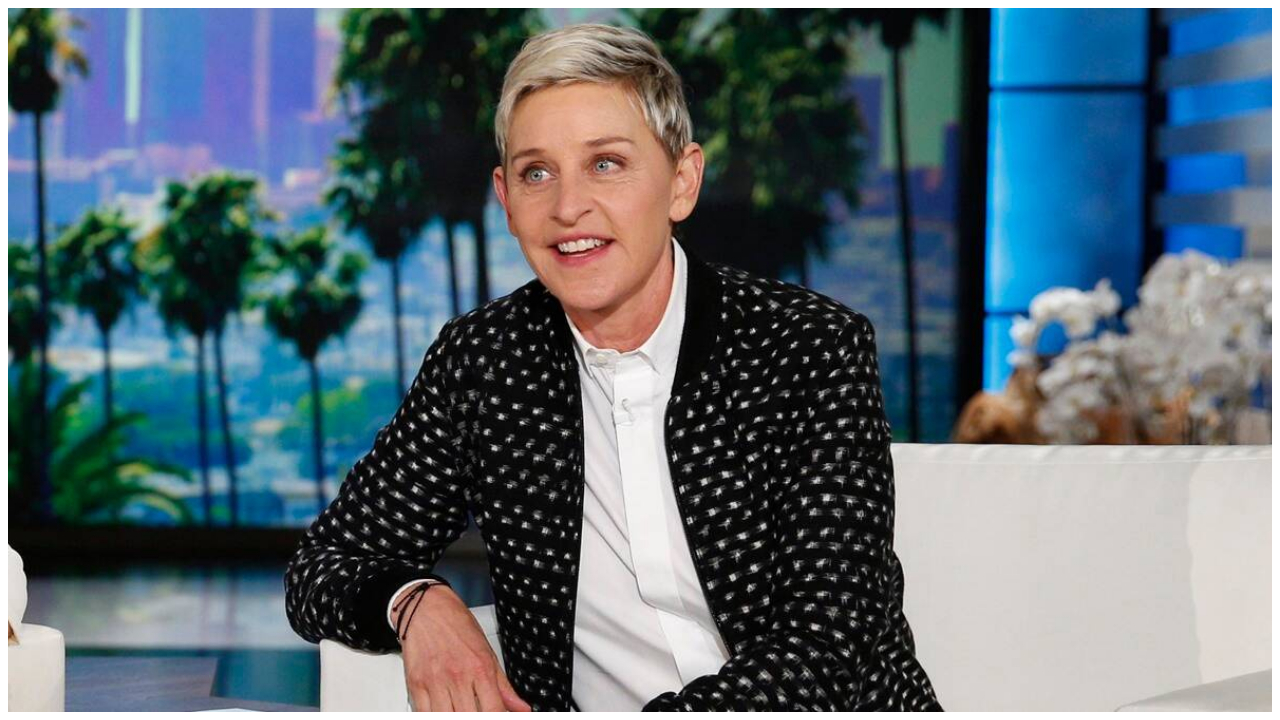 Ellen DeGeneres decided to pull the plug on her hit talk show The Ellen DeGeneres Show after 19 long years. The daytime television variety comedy talk show starting rolling in 2003 and ever since, the comedienne-host has anchored 18 seasons. The show will go off air after its 19th season in 2022. Ellen categorically denied that the decision to end the show has come from ‘toxic workplace charge’ but insisted that she always wanted to end after 16 seasons but ended up doing 19. 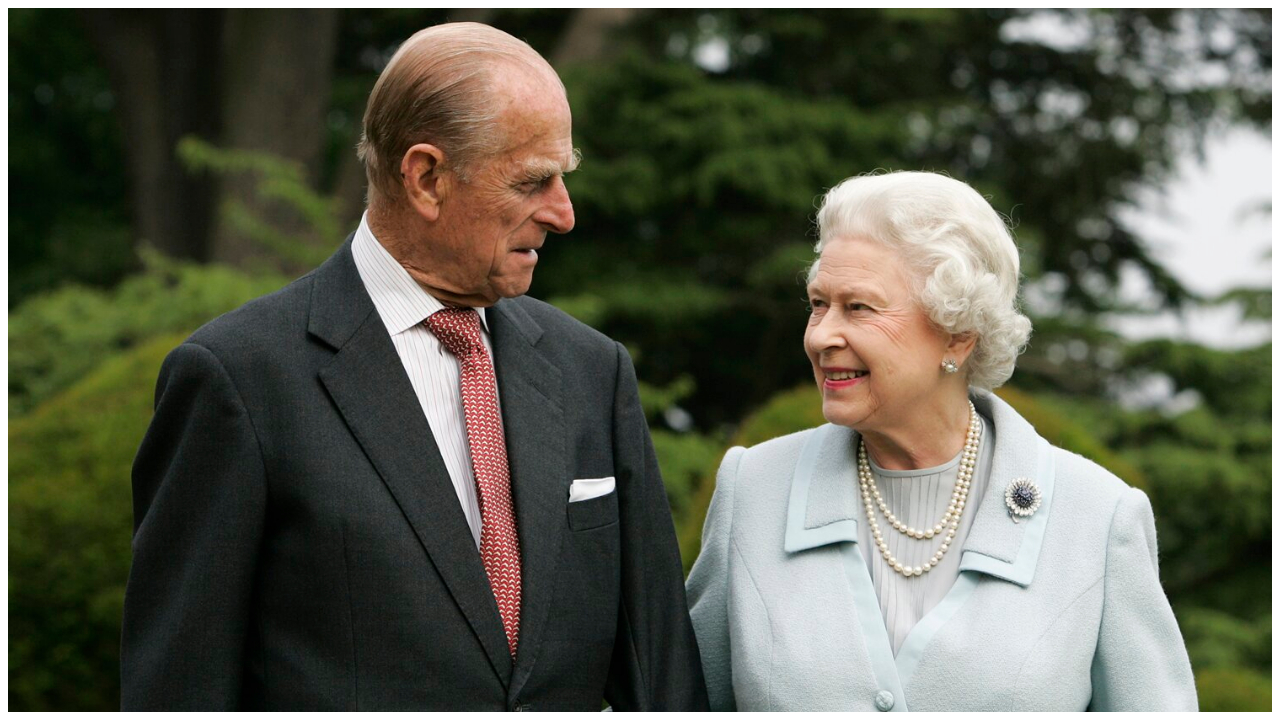 Prince Philip, Duke of Edinburgh and husband to Queen Elizabeth II passed away on April 9, 2021. He was the consort of the British monarch from Elizabeth's accession on February 6, 1952 until his death in 2021, making him the longest-serving royal consort in history. He was 99 years old when he passed away this year. With his death an era came to an end. 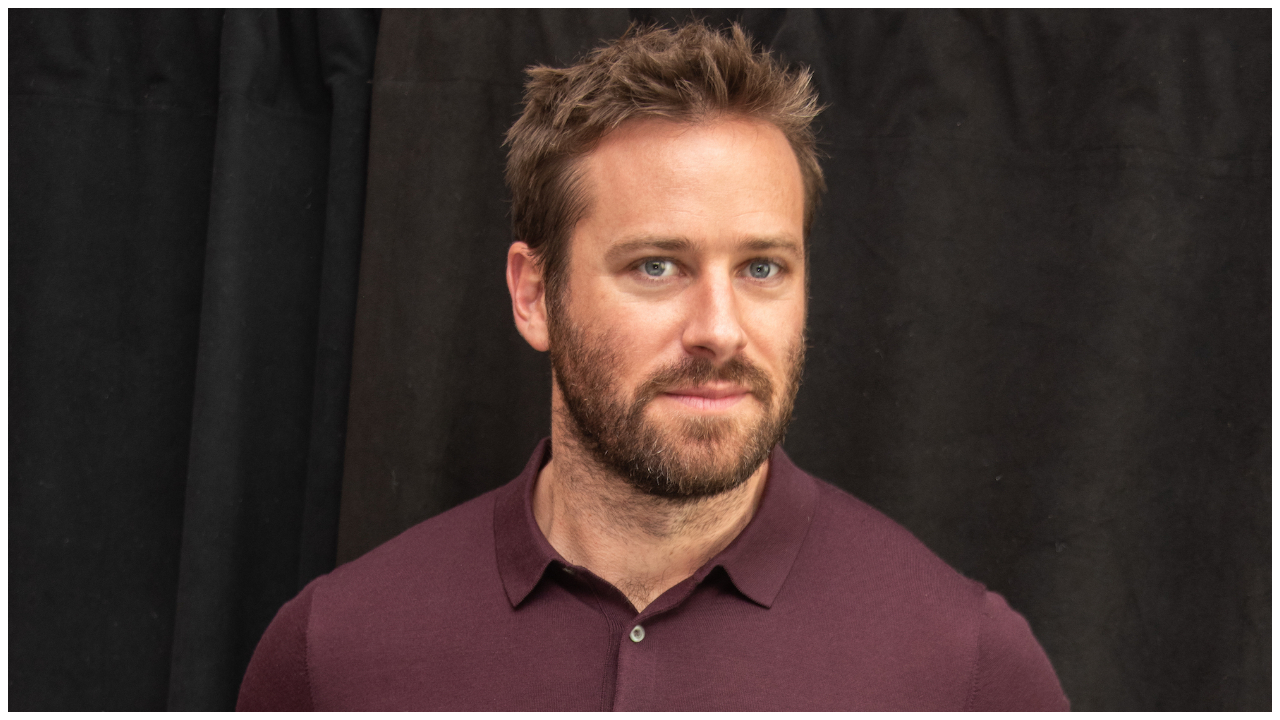 Armie Hammer became the year’s biggest controversy when an ex-girlfriend of his came out on social media to share gruesome details of the bizarre sexual interactions she said they used to have. The woman has also shared screenshots of explicit conversations that allegedly occurred between Hammer and multiple women via Instagram DMs. While most people wouldn’t be surprised at the nature of dirty talk or sexting in 2021, the alleged conversations included talk of rape fantasies, the desire to inflict pain on his partners, and one in which the actor reportedly said he was “100% a cannibal.” These allegations surfaced on the anonymous @houseofeffie Instagram account show a dark and brutal side of the actor that has cost him several lucrative projects and being dropped from his agency. Other women who were romantically involved with Hammer also came forward and said that they weren’t surprised with the texts and the allegations. A woman came forward in March accusing Hammer of rape, which he also quickly denied through his lawyer. The actor checked into a treatment facility in May and reportedly stayed through December. 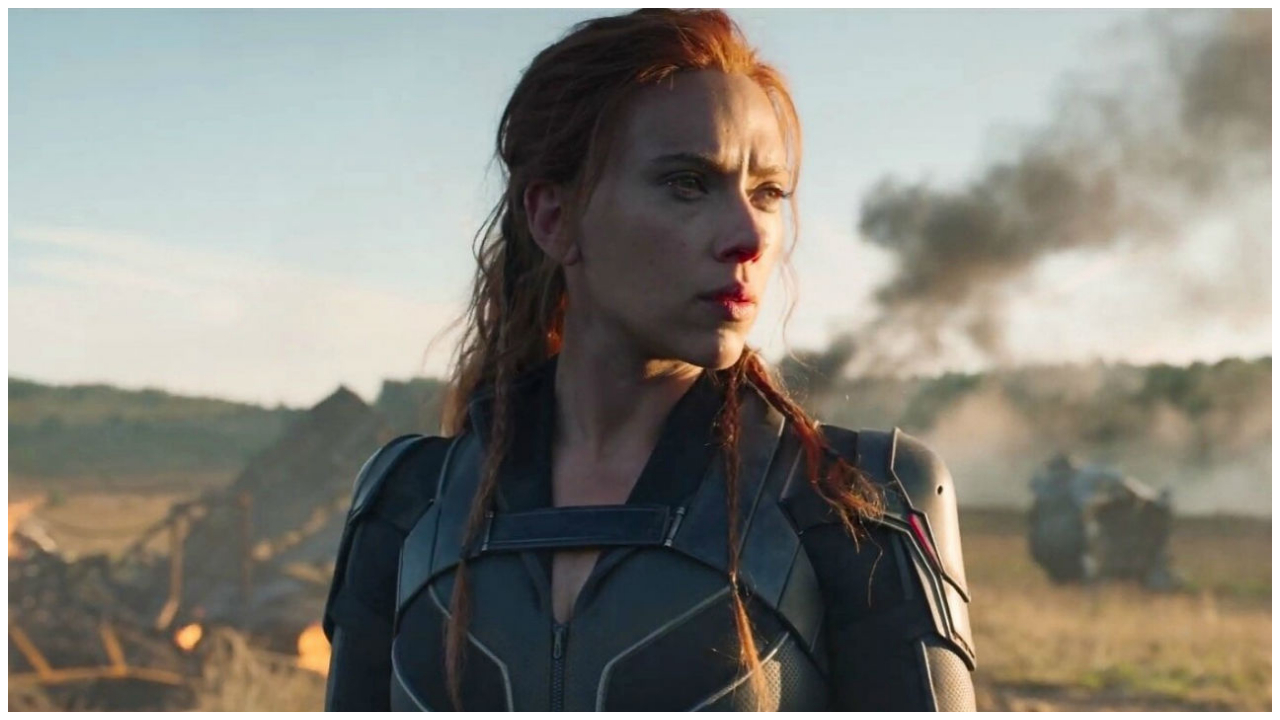 Scarlett Johansson proved that she is not a woman to be toyed with when she filed a lawsuit gainst Disney for violating her contract for Black Widow. The actress filed a lawsuit in July in Los Angeles Superior Court, claiming that the studio sacrificed the film’s box office potential in order to grow its fledgling Disney+ streaming service. Disney countered that Johansson was paid $20 million for the film. However, the suit was finally settled between the two parties and Scarlett has teamed up again with the studio for a number of upcoming projects, including Disney’s Tower of Terror. 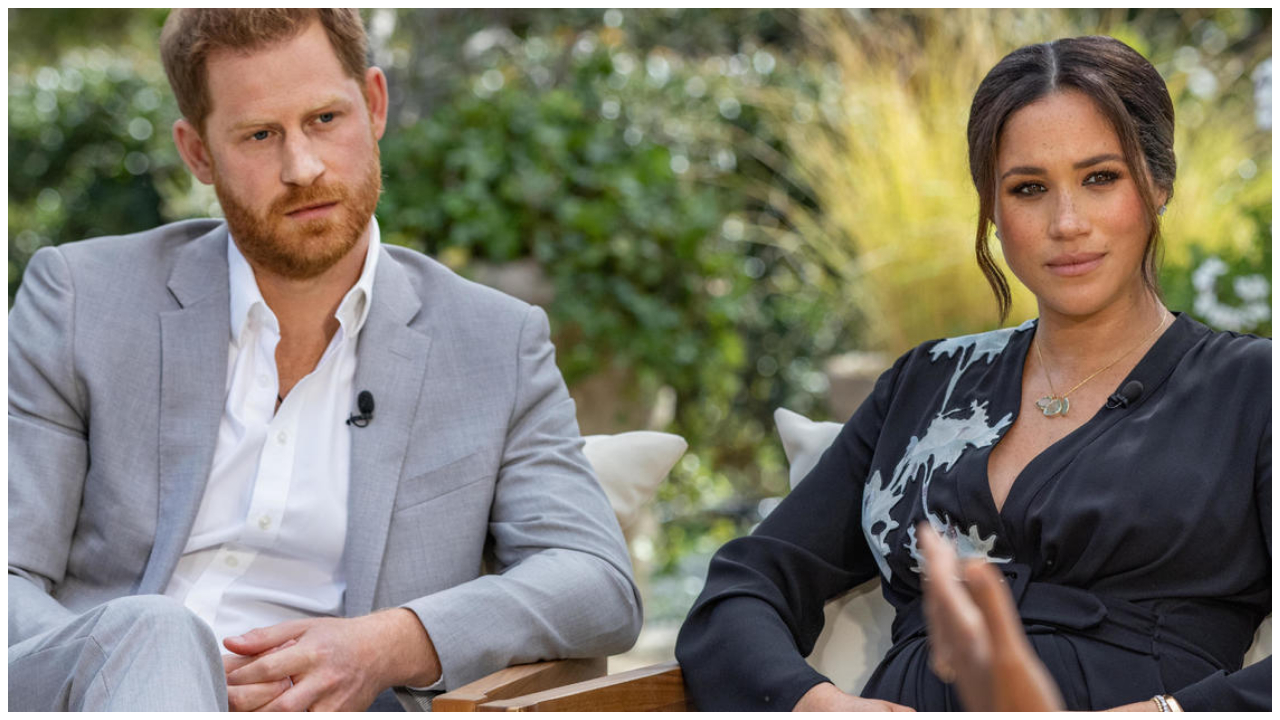 Meghan Markle’s and Prince Harry’s no-holds-barred interview with Oprah Winfrey opened a floodgate when they accused the British Royal Family of being racist. Prince Harry further said that he saw history repeating itself when wife Meghan was hounded by paparazzi, media and his family. They also revealed that aspersions were cast on the skin colour of their son Archie at his birth and why he wasn’t given a royal title. The interview opened a can of worms. Later on, the couple became parents once again when Meghan gave birth to their daughter Lilibet who was named after Harry’s grandmother Queen Elizabeth II. 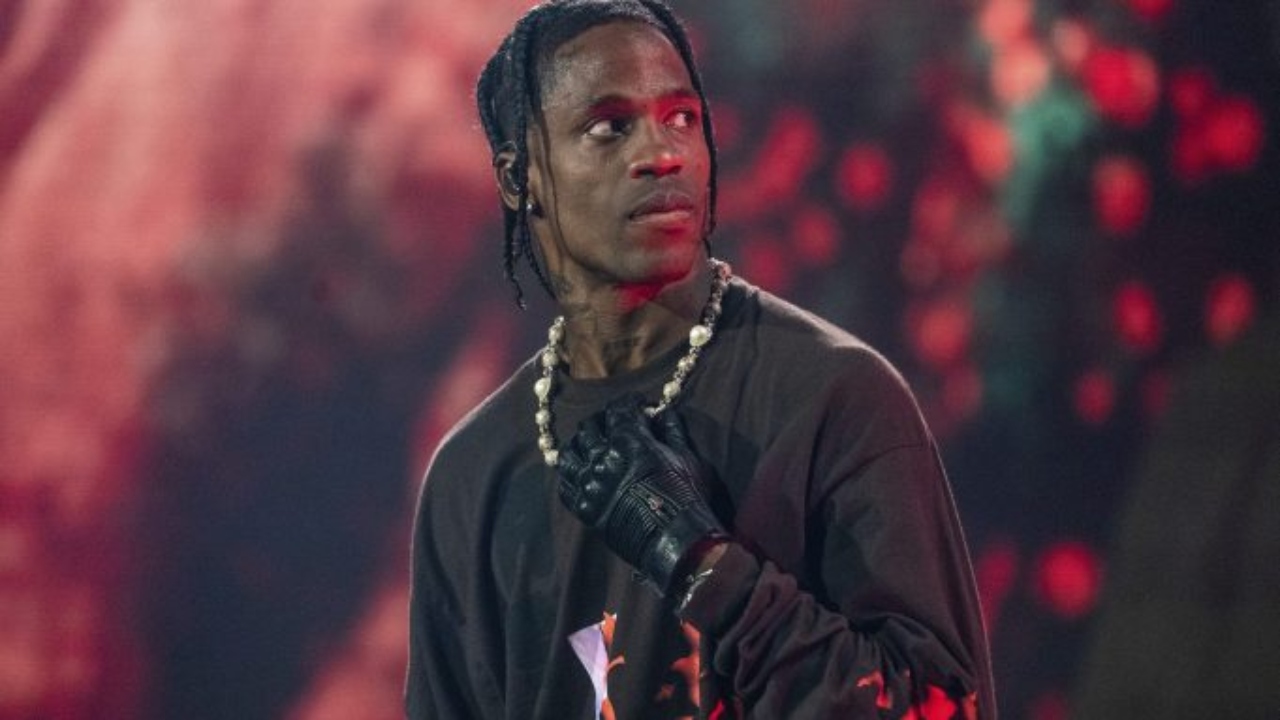 Rapper Travis Scott's Astroworld Festival in Houston, Texas, was cancelled after a massive crowd surge left eight people dead and more than 300 injured, including a 10-year-old. More than 50,000 fans had gathered during Scott's performance at the festival outside NRG Park. As many as 23 people were hospitalised and more than 300 treated throughout the day. Members of the House Oversight Committee have said that they are launching a bipartisan investigation into the events that led to November’s deadly Astroworld festival in Houston. 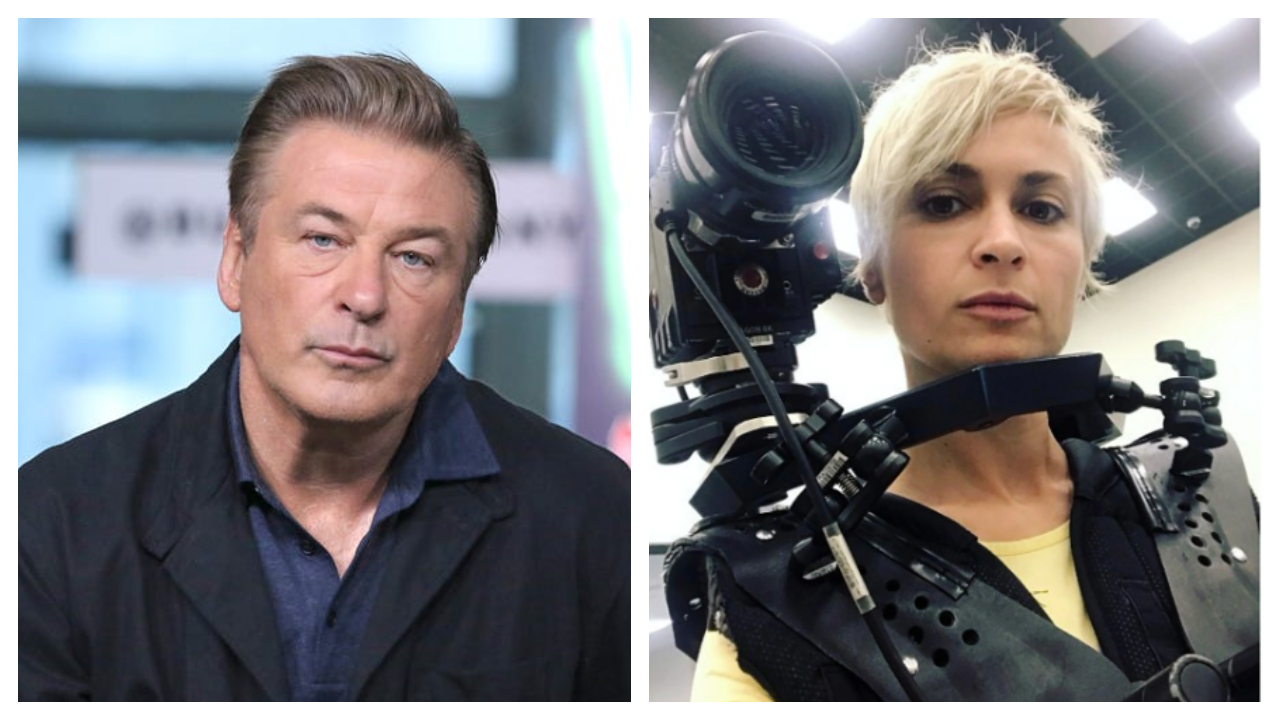 Alec Baldwin found himself in a soup when he accidentally fired a loaded gun on the sets of his film Rust and killed cinematographer Halyna Hutchins and injured director Joel Souza. Baldwin was rehearsing a scene that involved pointing a prop gun at the camera lens when he fatally shot cinematographer Halyna Hutchins and injured director Joel Souza, as per media reports that cited an affidavit recording the director's account. However, Baldwin said in an interview that he believed the gun to be a “cold or safe gun” and did not know that it had live rounds. An investigation into the shooting is still underway.