What defines a good film? A unique story, impeccable direction, soulful songs so on and so forth. But the key to success at the box office is casting an actor who fits the script like a glove. 2020 has been a victorious year in terms of casting. Be it the few theatrical releases or web films, casting directors picked up the best talents in the country.

Now, as we are about to welcome 2021, PeepingMoon revisits some of the finest actors and their stellar performances in films released in theatres and on OTT. From Ajay Devgn and Saif Ali Khan in Tanhaji: The Unsung Warrior to watching Irrfan for the last time in Angrezi Medium, these actors left everyone spellbound.

Ajay Devgn and Saif Ali Khan started 2020 with a bang. Pitched opposite each other as the hero and villain, Ajay and Saif made the visually striking film enjoyable and engaging with their convincing performance. Ajay, who played the titular role of Tanaji Malusare, a military assistant of Chhatrapati Shivaji Maharaj, showed strength, valour, bravery and commitment towards his ruler. Showcasing the courage, rubab and dedication of Marathas towards their Maharaj perfectly. Ajay took the onus of representing the Maratha warrior in his true glory and succeeded.

If Ajay’s Tanhaji was courageous, Saif’s Udaybhan Rathore was cunning. Udaybhan, a Rajput warrior fought from the Mughal’s side. Menacing, evil and absolutely ruthless, Saif brought the pure black character to life. Deliciously wicked, this side of Saif was untouched till now. One can’t forget his sinister laugh. 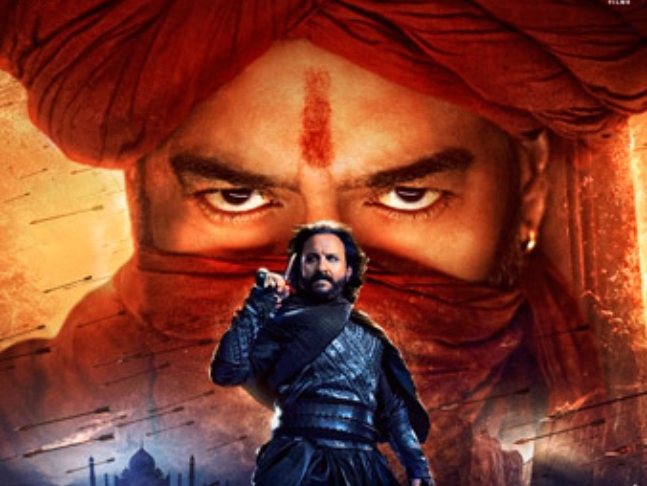 While Ayushmann’s Kartik was an energetic person with a devil-may-care-less attitude, Jitendra’s Aman was mellow who balanced the flavour of the film with his poker-faced humour. In the end, the recipe was a super hit! 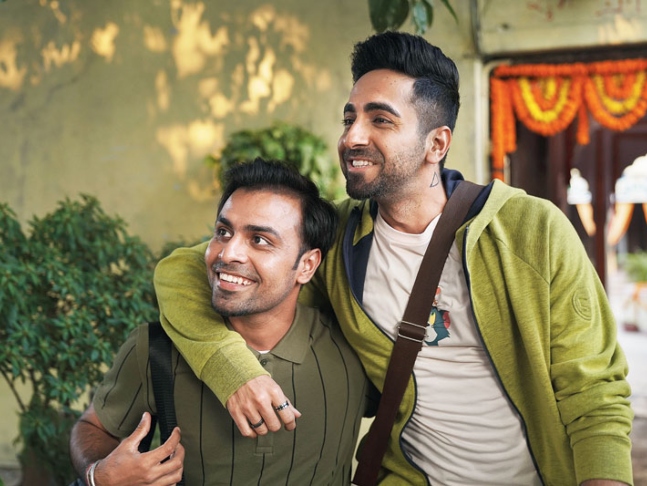 In his last film before his painful demise, Irrfan left behind many memories, stories and a lesson in acting to cherish forever. Playing Champak Bansal, the ace actor was instrumental in stringing together Angrezi Medium with simplicity and honesty. He proved that if a character, though simple, written from the heart, it can turn out to be magical. There was an earthy charm to him and his performance. Sanjay Mishra pulled the audience into his story of an aging actor who quits his acting career just one film short of his 500th movie. A popular character artist Sudheer accepted his fate that his glorious career came to an end. The debacle of his 499th film brought enough disgrace to the family. As Sudheer stepped back into cinema, his journey is worth watching. Sanjay made Kaamyaab, ‘kamyab’ with sincerity, grace and touches of humour. He made the dialogues said with a poker face hit straight at the heart.

Sanjay paid an ode to Bollywood, larger than life films, actors and most importantly reiterated the fact that one can dream even when they are sailing through tough times. 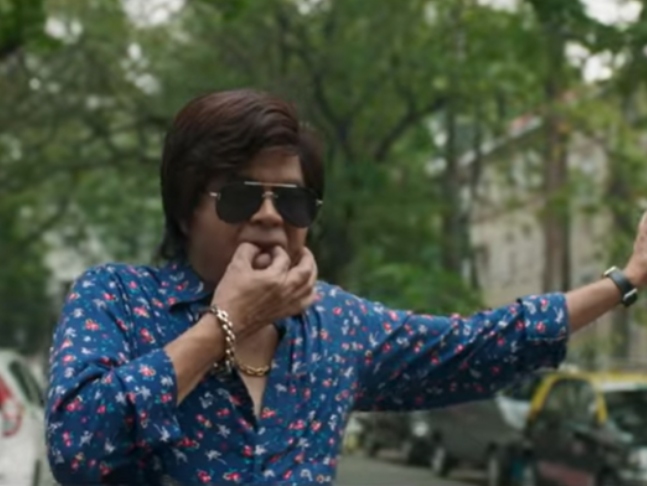 Vinay Pathak, in Chintu Ka Birthday, played father to a young boy Chintu, who desired to celebrate his birthday in a war-stricken Iraq. His birthday plans went kaput when a bomb blast took place right outside their house. In tough circumstances, the loving father in Madan didn’t let his son’s dream of a birthday party go down the drain. As his journey started, we saw Vinay pull off an endearing act.

With just a smile on his face, Vinay held a mirror to the fact that most of our characters in films lack inherent goodness. Like every Indian father, Madan is Chintu’s hero and one can’t stop gushing over his skill to make everything seem effortless. 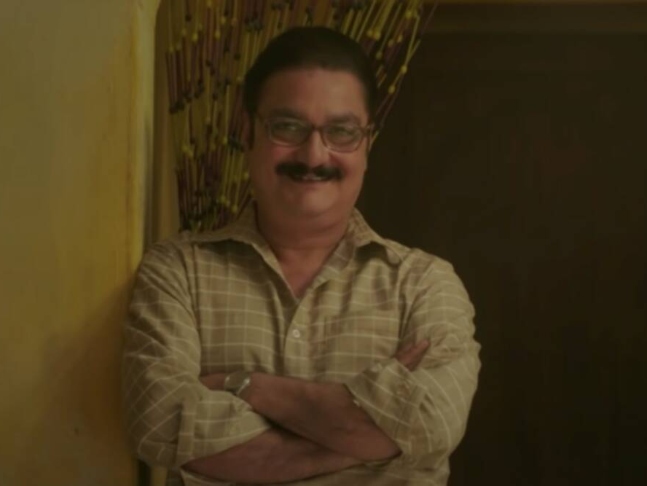 Manoj Bajpayee possibly got the least dialogues in Bhonsle but that didn’t stop the film from becoming one of his best. Proving that he is one of the finest in the current times, Manoj filled in the gaps where expressions played a key role than words. His character named Ganpath Bhonsle had to hang his police uniform due to a terminal illness. He found it difficult to come to terms with his retirement but Bhonsle’s further journey held a lot more importance.

As Bhonsle, Manoj was perfect and blurred the line between reel and real. Indeed, he is still Bollywood ka king in many aspects. 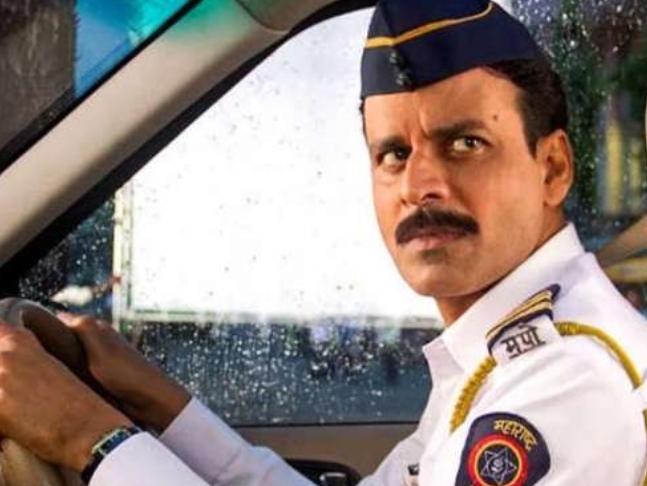 Kunal Kemmu led the comic film Lootcase with sheer ease. He played the role of Nandan Kumar, a middle-class man who was fed up with his ungrateful job. One fine day, he found a red shining bag filled with cash. What follows next and how Nandan’s life changes is an interesting watch.

Kunal was earnest as Nandan and allowed his comic timing to shine. In an ensemble film, the actor delivered a fine performance. He was absolutely funny and dipped serious dialogues in humour. 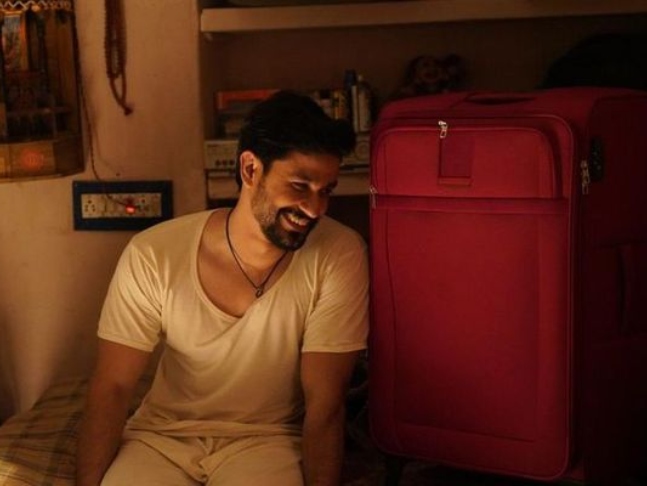 Nawazuddin Siddiqui became the star of Netflix this year. He started off the dream run with a tight and restrained performance in Raat Akeli Hai and won hearts in Serious Men a few months later. Two lovely films with a phenomenal actor.

In Raat Akeli Hai, Nawazuddin played the role of a cop named Jatil Yadav who faced prejudice for his dark complexion. He is given a case of the murder of a rich Thakur on the night of his second marriage. Jatil dug out deeply hidden secrets as the film touched upon patriarchy. 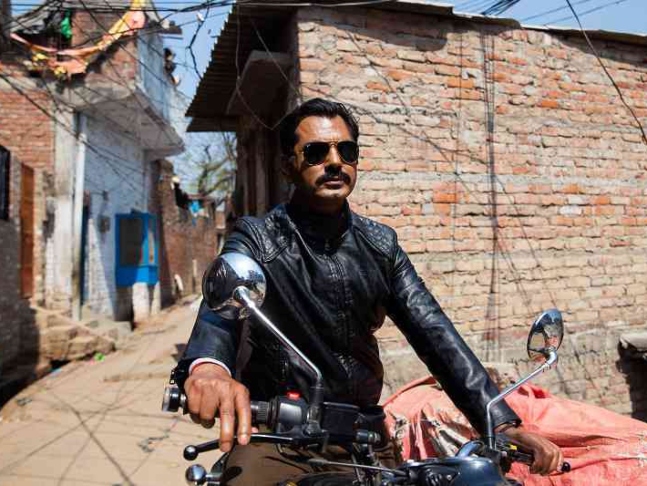 Serious Men saw Nawazuddin in the role of Ayyan Mani, a Dalit Tamil migrant living in a Mumbai chawl. Ayyan wanted his genius son Adi to lead a privileged life with multiple opportunities and expected him to respect all strata of the society. Tracing the journey of a poor man’s struggle to break past the barricades of caste and class, Nawazuddin got into the skin of his character, effortlessly. 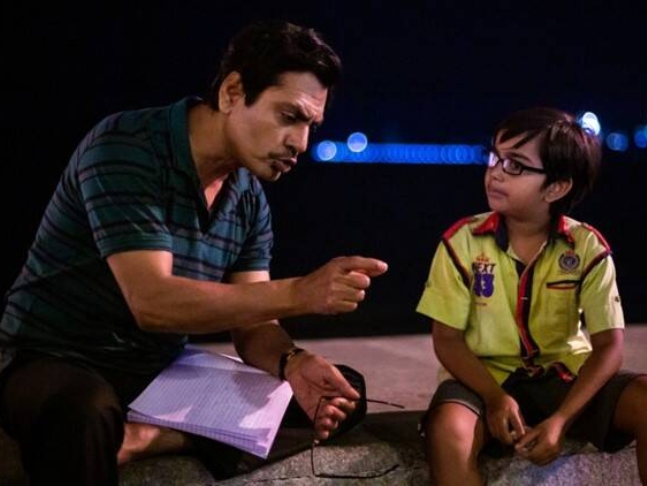 Kumud Mishra owned Ramsingh Charlie and there is no doubt. He played the role of a circus performer named Ramsingh whose ‘circus name’ was Charlie and ran out-of-work after the Jango Circus closed overnight. His grief and helplessness seemed real and the actor marvelled in the entire film.

Kumud, who has proven his acting mettle in the past, shouldered a soulful film and managed to strike the right emotional chord with his touching act. 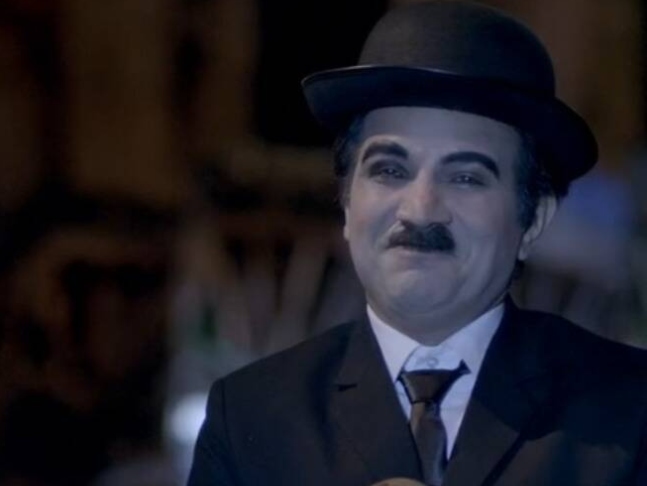 In Laxmii, Akshay Kumar pulled off dual roles with equal finesse. Akshay played the role of Asif, who wasn’t scared of ghosts, in fact, he didn’t believe in them. The actor brought to fore his impeccable comic timing. He was carefree, fun, honest and loved his wife more than anything else. Within no time, he transformed into a possessed person with the ghost of a vengeful transgender.  Akshay was funny, effortless and a delight to watch on screen. 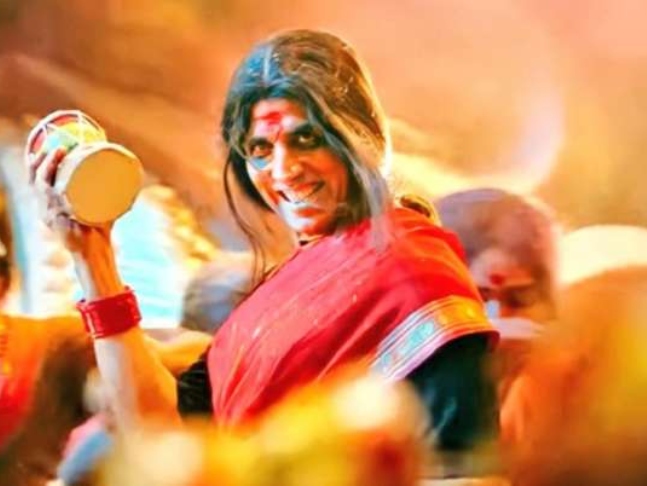 Rajkummar, with his innocent smile and child-like enthusiastic expressions, made it straight to everyone’s heart. He was earnest as Alok Kumar Gupta, a small-time local Ram Leela artist who owned a dhaba. He would please and delight his customers by saying the name of the dishes with a Bollywood-ish touch, an endearing ‘emotional phool’ who stole away hearts without being hammy. 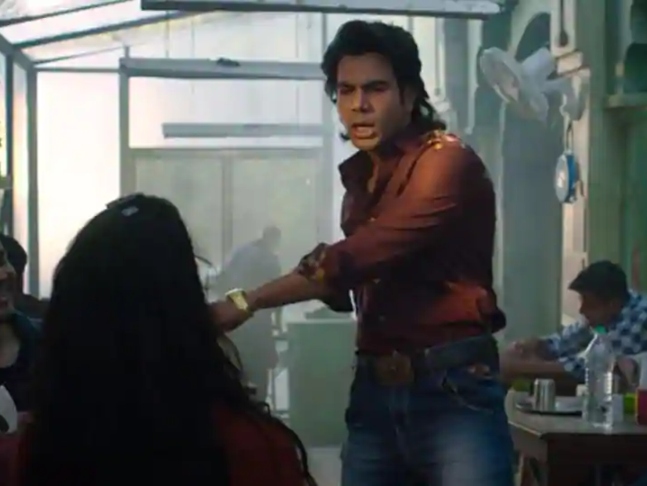 Pankaj, ever since Mirzapur released, has been signing a few gangster roles. But in Ludo, his gangster wasn’t just about gun blazing. He was devilishly humorous. Pankaj’s character Sattu Bhaiya was not your quintessential don but he wasn’t caricaturish either. Beta ji, Pankaj is clearly on the top of his game. 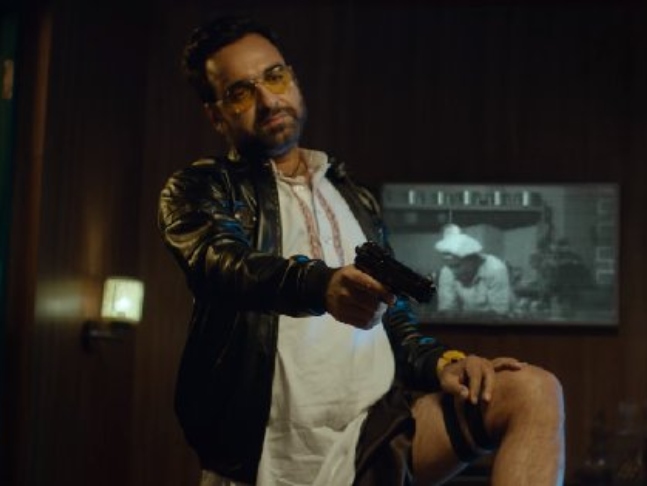 It is especially hard to come to terms with the fact that Dil Bechara was Sushant Singh Rajput’s last film. As Manny, the actor brought in emotions with a dash of swag and free-spiritedness. In one breath, he made us laugh and in the next, tears rolled down our cheeks, that’s the magic of Sushant. 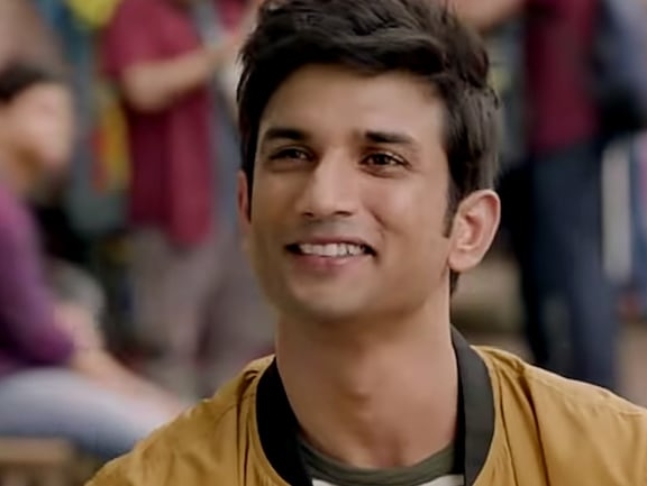 Achintya Bose and Manish Chauhan as Asif and Nishu brought a lot of freshness to the screen with their lovable performance in the unconventional Yeh Ballet. They depicted their inner conflicts, societal and family battles with ease. Sporting a thick beard, glasses, crouched shoulders and an unpleasant prosthetic nose, one couldn’t believe the person is Amitabh Bachchan. He could easily live in the streets of Lucknow without letting anyone know about his real identity. Mr. Bachchan as Mirza, a 78 years old abusive landlord who dearly loved his mansion, was hands-down flawless. 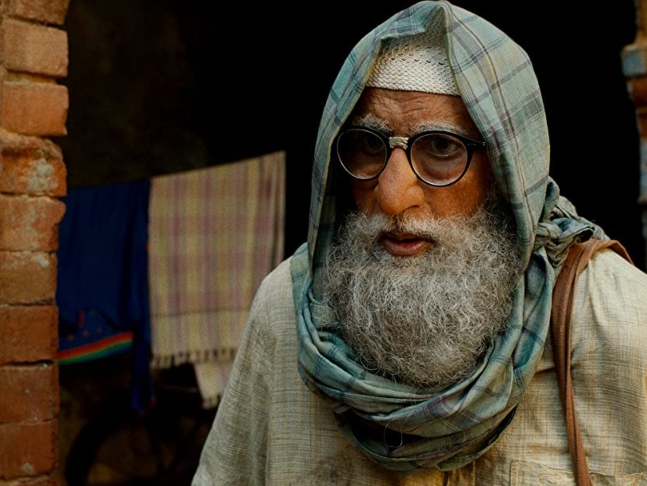