As Mission Mangal gears up for a spectacular launch across the nation on August 15, 2019, its lead cast Akshay Kumar, Taapsee Pannu, Sonakshi Sinha, Nithya Menen and Kirti Kulhari turned hosts at the special screening of the film in Delhi. With a special space shuttle recreated at the venue, the scientists in the film posed in front of the prop happily. Akshay, for the event, looked dapper in formals. Taapsee and Kirti stunned in gorgeous sarees. Sonakshi opted for pants and crop top while Nithya wore formals. Vidya Balan gave the screening a miss. At the screening, Akshay, Taapsee, Sonakshi, Nithya and Kirti interacted with media. 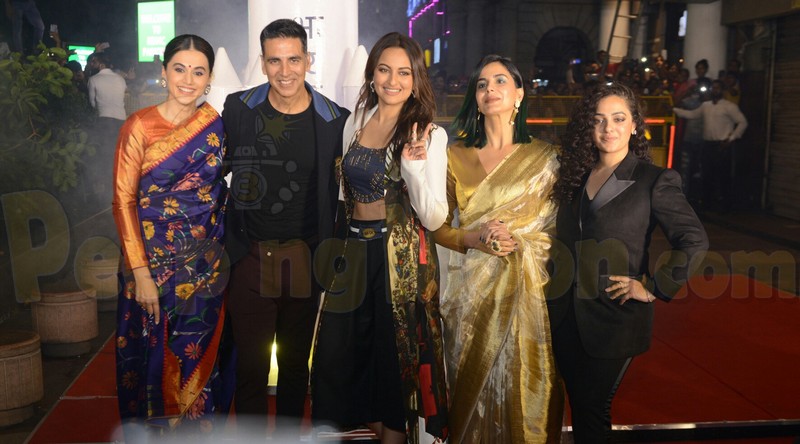 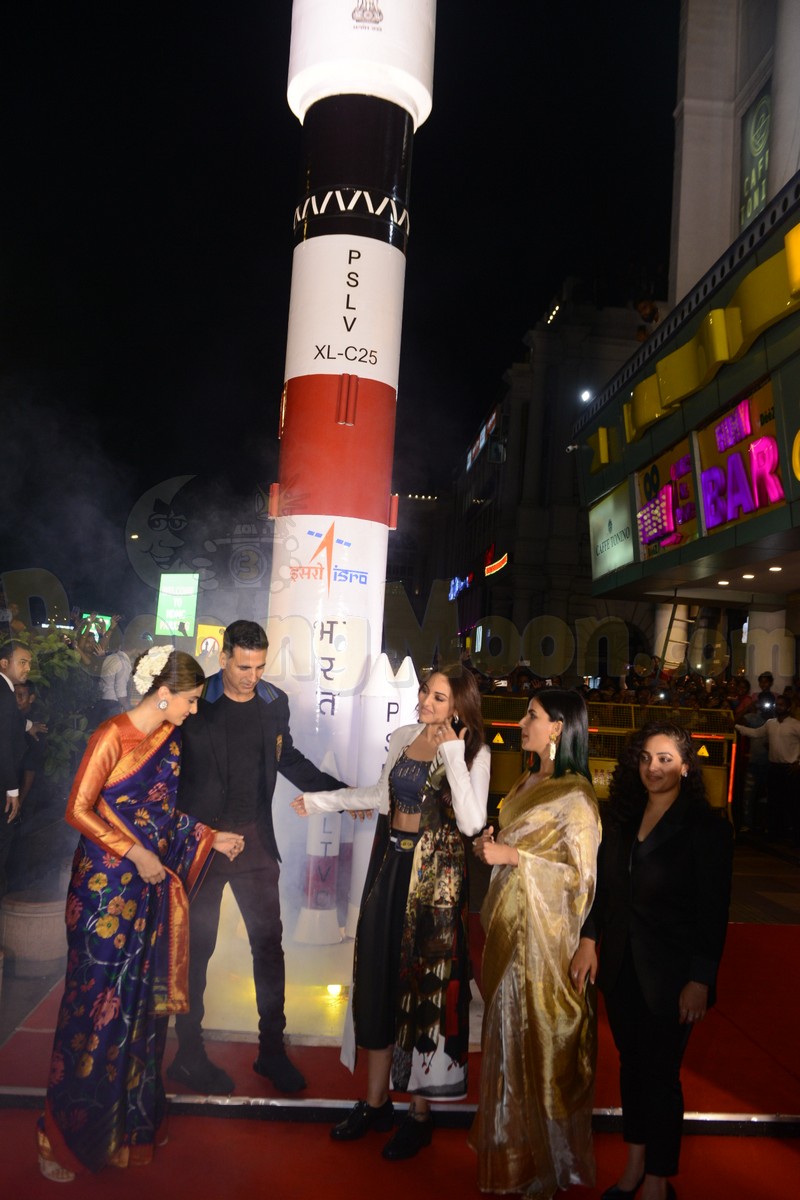 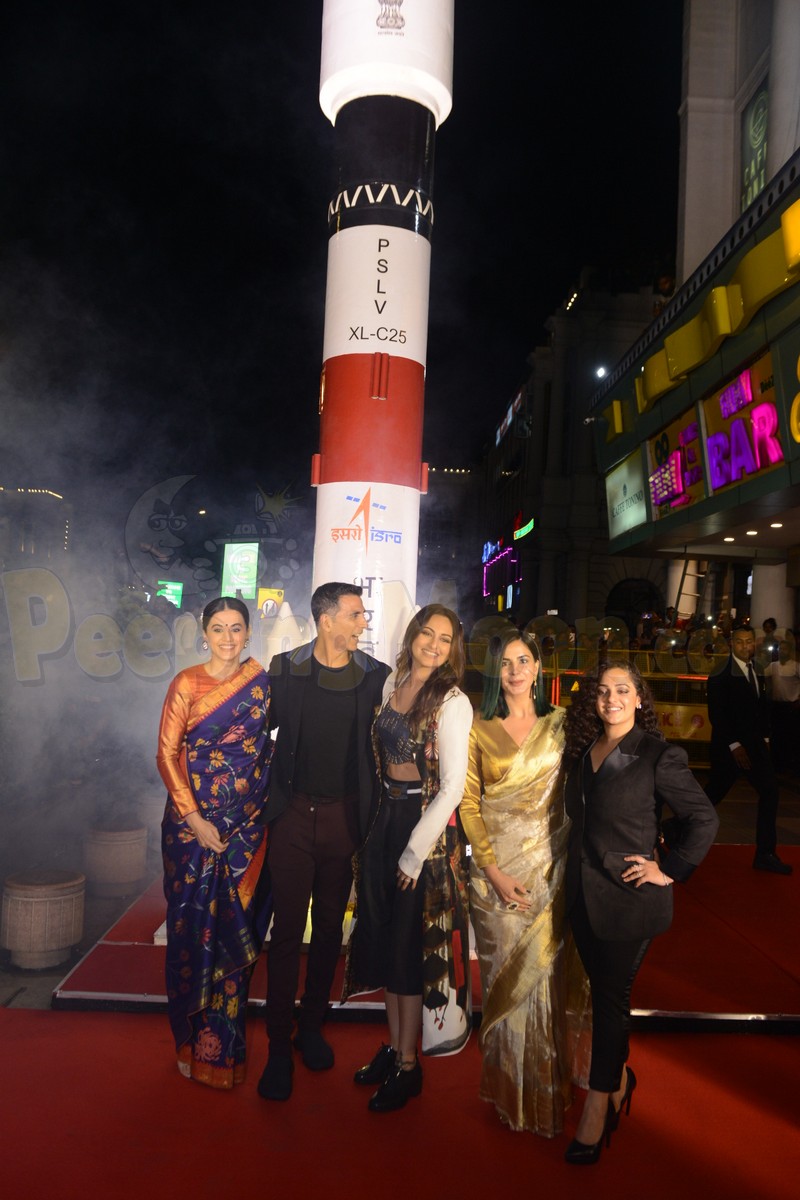 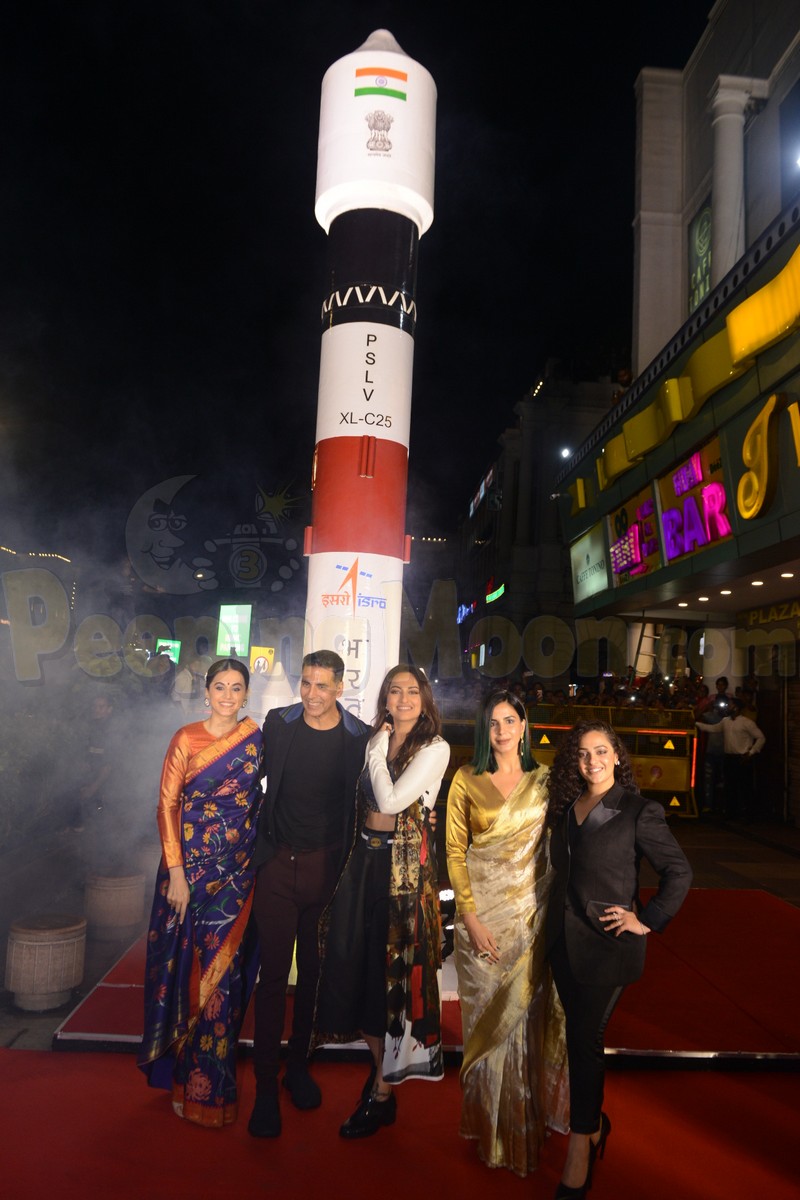 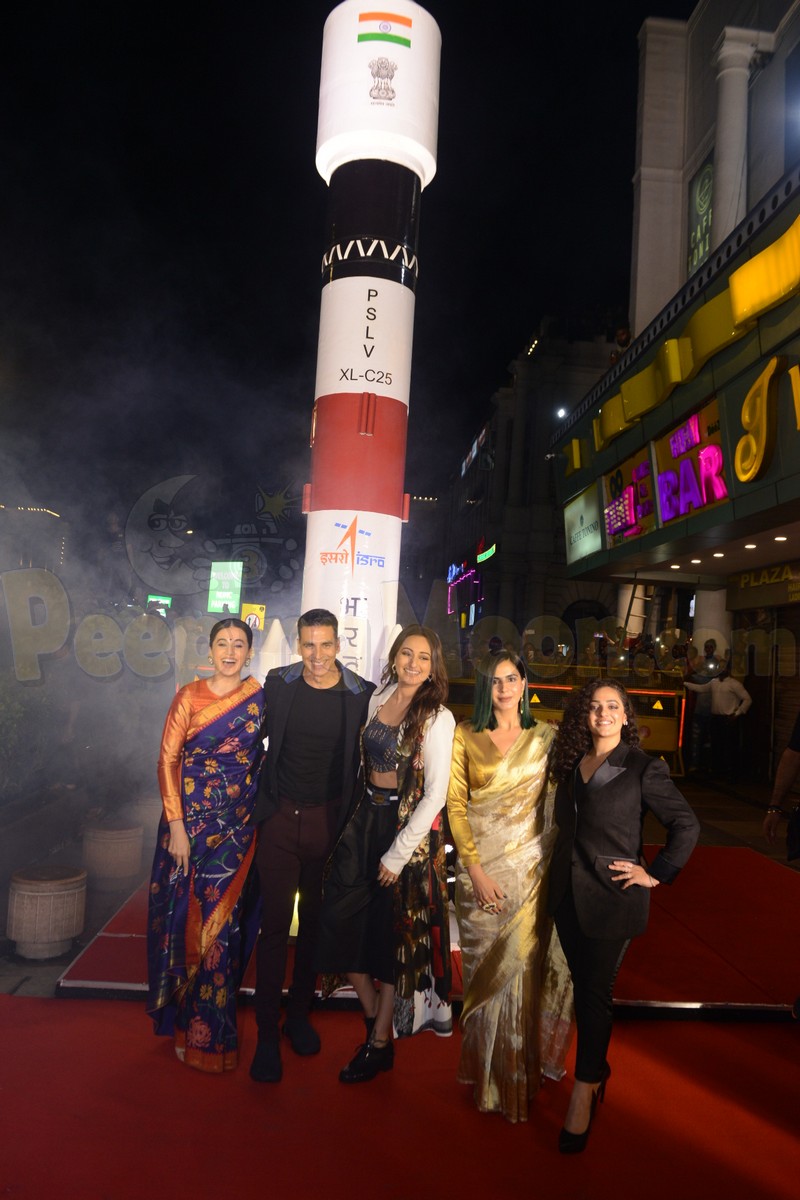 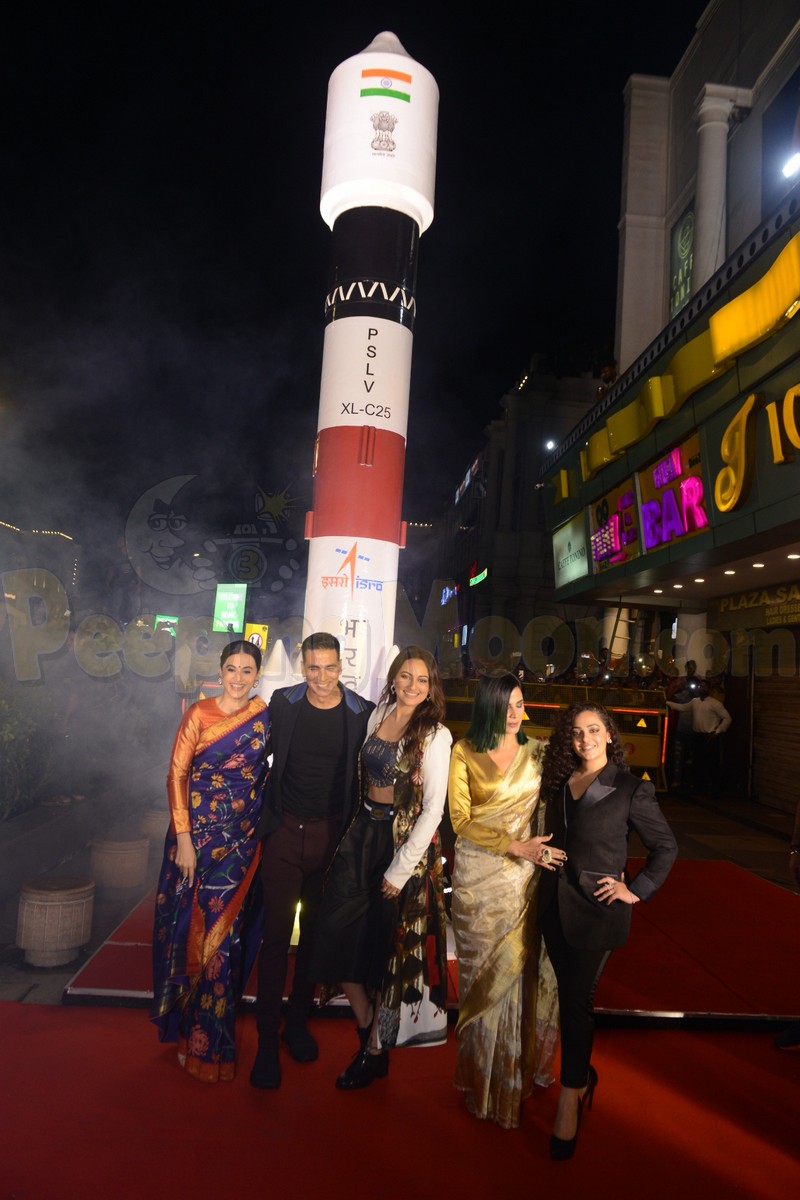 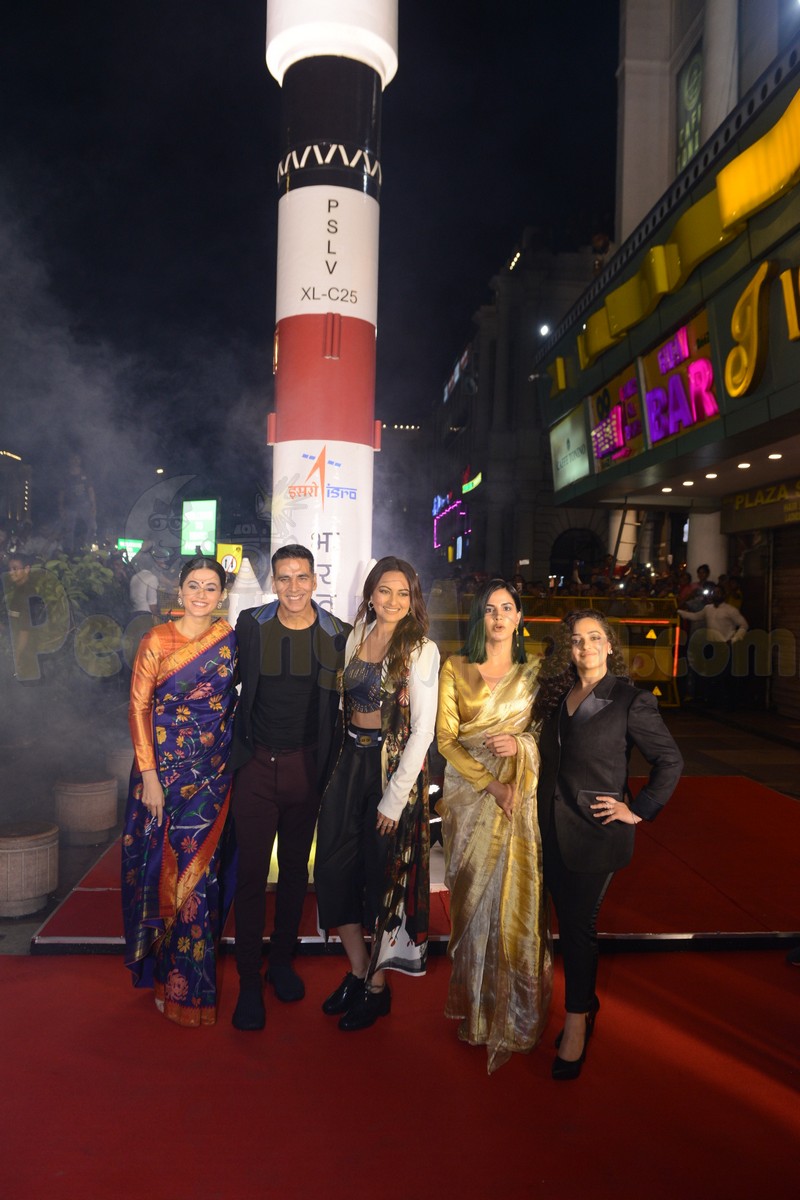 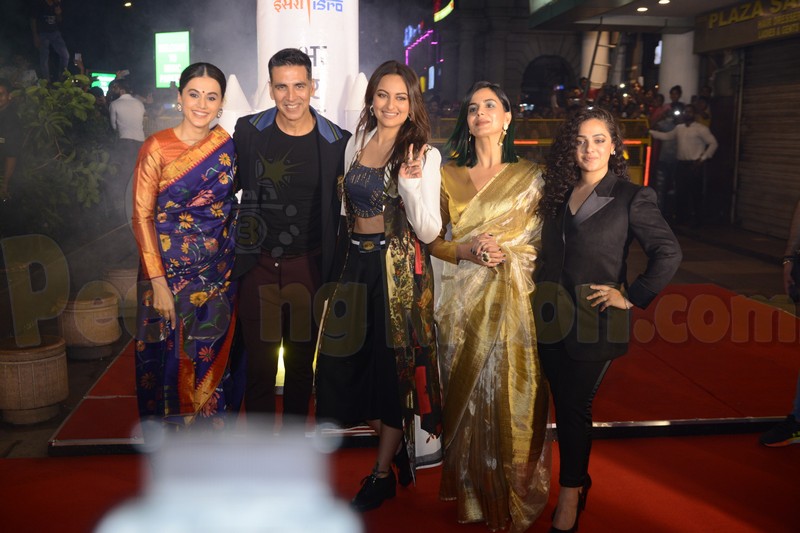 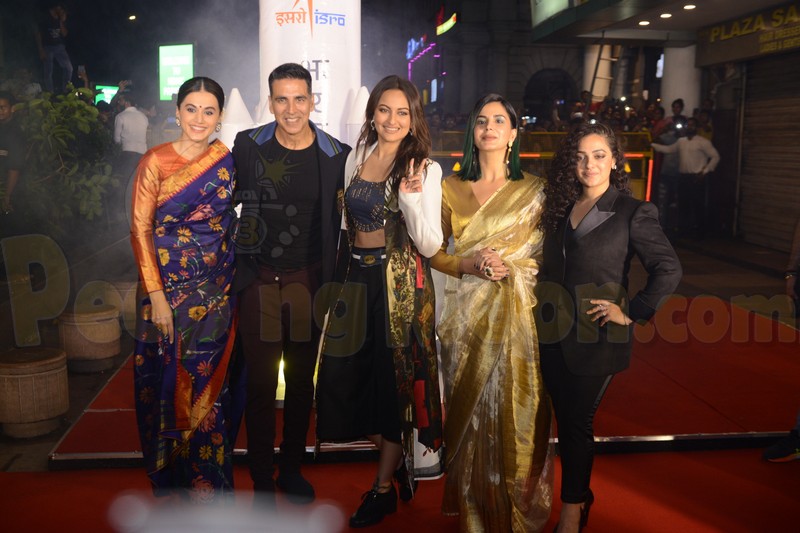 In the film, Akshay plays the role of Rakesh Dhawan, Sonakshi as Eka Gandhi, Taapsee as Kritika Aggarwal, Nithya as Varsha Gowda and Kirti as Neha Siddiqui. Mission Mangal orbits around the journey of the team led by Akshay to achieve a seemingly impossible task of reaching Mars in India’s maiden attempt, establishing India as the only country in the world to set this record. It is financed by R Balki and Akshay and marks the directorial debut of Jagan Shakti. Presented by Fox Star Studios, Produced by Cape of Good Films, Hope Productions and Fox Star Studios, Mission Mangal releases on August 15, 2019.

Watch: Akshay Kumar plays an epic prank on the paparazzi as he tries t