Advertisement
HomeHOLLYWOODNews‘These days, if I have to choose between building my tennis résumé and building my family, I choose the latter,’ says Serena Williams as she says farewell to the sport 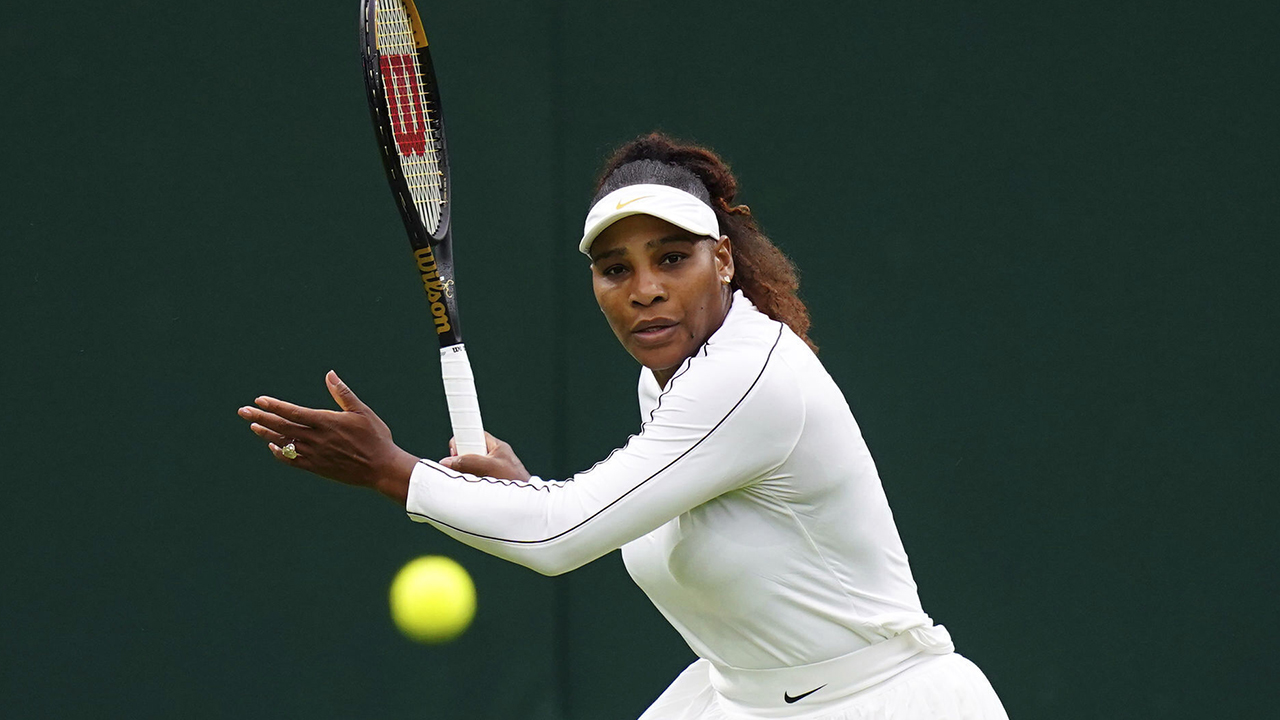 Tennis champion Serena Williams, one of the most decorated athletes of her generation is reluctantly planning to hang up her boots and leave her racket aside so she can focus on expanding her family. Serena announced her decision to retire and gave valid reasons for it in the cover story of a lifestyle magazine. However, she termed her decision as an “evolution” or a “transition” and not as retirement. She said that she wants to grow her family and also give more attention to her business, Serena Ventures. She said she didn't want to choose between her career and having more children, but at almost 41, "something had to give."

Serena wrote, “Believe me, I never wanted to have to choose between tennis and a family. I don’t think it’s fair. If I were a guy, I wouldn’t be writing this because I’d be out there playing and winning while my wife was doing the physical labor of expanding our family. Maybe I’d be more of a Tom Brady if I had that opportunity. Don’t get me wrong: I love being a woman, and I loved every second of being pregnant with Olympia. I was one of those annoying women who adored being pregnant and was working until the day I had to report to the hospital—although things got super complicated on the other side. And I almost did do the impossible: A lot of people don’t realize that I was two months pregnant when I won the Australian Open in 2017. But I’m turning 41 this month, and something’s got to give.”

RECOMMENDED READ: King Richard: Will Smith steps into the shoes of tennis champs Venus and Serena Williams’ father in this awe-inspiring trailer

She further wrote, “I have never liked the word retirement. It doesn’t feel like a modern word to me. I’ve been thinking of this as a transition, but I want to be sensitive about how I use that word, which means something very specific and important to a community of people. Maybe the best word to describe what I’m up to is evolution. I’m here to tell you that I’m evolving away from tennis, toward other things that are important to me. A few years ago I quietly started Serena Ventures, a venture capital firm. Soon after that, I started a family. I want to grow that family.”

Talking about retirement, Serena wrote, “But I’ve been reluctant to admit to myself or anyone else that I have to move on from playing tennis. Alexis, my husband, and I have hardly talked about it; it’s like a taboo topic. I can’t even have this conversation with my mom and dad. It’s like it’s not real until you say it out loud. It comes up, I get an uncomfortable lump in my throat, and I start to cry. The only person I’ve really gone there with is my therapist!”

Williams gave no timetable for her official retirement. She suggested she will compete at the US Open, which starts later this month in New York. "Unfortunately I wasn't ready to win Wimbledon this year," she said. "And I don't know if I will be ready to win New York. But I'm going to try,” said the athlete.

Serena and her husband, Reddit co-founder Alexis Ohanian, have been trying to have another child in the past year, after their daughter Alexis Olympia Ohanian was born in 2017. Talking about pregnancy and child birth Serena said “In the last year, Alexis and I have been trying to have another child, and we recently got some information from my doctor that put my mind at ease and made me feel that whenever we’re ready, we can add to our family. I definitely don’t want to be pregnant again as an athlete. I need to be two feet into tennis or two feet out.”

She also spoke about breaking Margaret Court’s record of 2 grand slam titles and said, “There are people who say I’m not the GOAT because I didn’t pass Margaret Court’s record of 24 grand slam titles, which she achieved before the “open era” that began in 1968. I’d be lying if I said I didn’t want that record. Obviously I do. But day to day, I’m really not thinking about her. If I’m in a grand slam final, then yes, I am thinking about that record. Maybe I thought about it too much, and that didn’t help. The way I see it, I should have had 30-plus grand slams. I had my chances after coming back from giving birth. I went from a C-section to a second pulmonary embolism to a grand slam final. I played while breastfeeding. I played through postpartum depression. But I didn’t get there. Shoulda, woulda, coulda. I didn’t show up the way I should have or could have. But I showed up 23 times, and that’s fine. Actually it’s extraordinary. But these days, if I have to choose between building my tennis résumé and building my family, I choose the latter.”