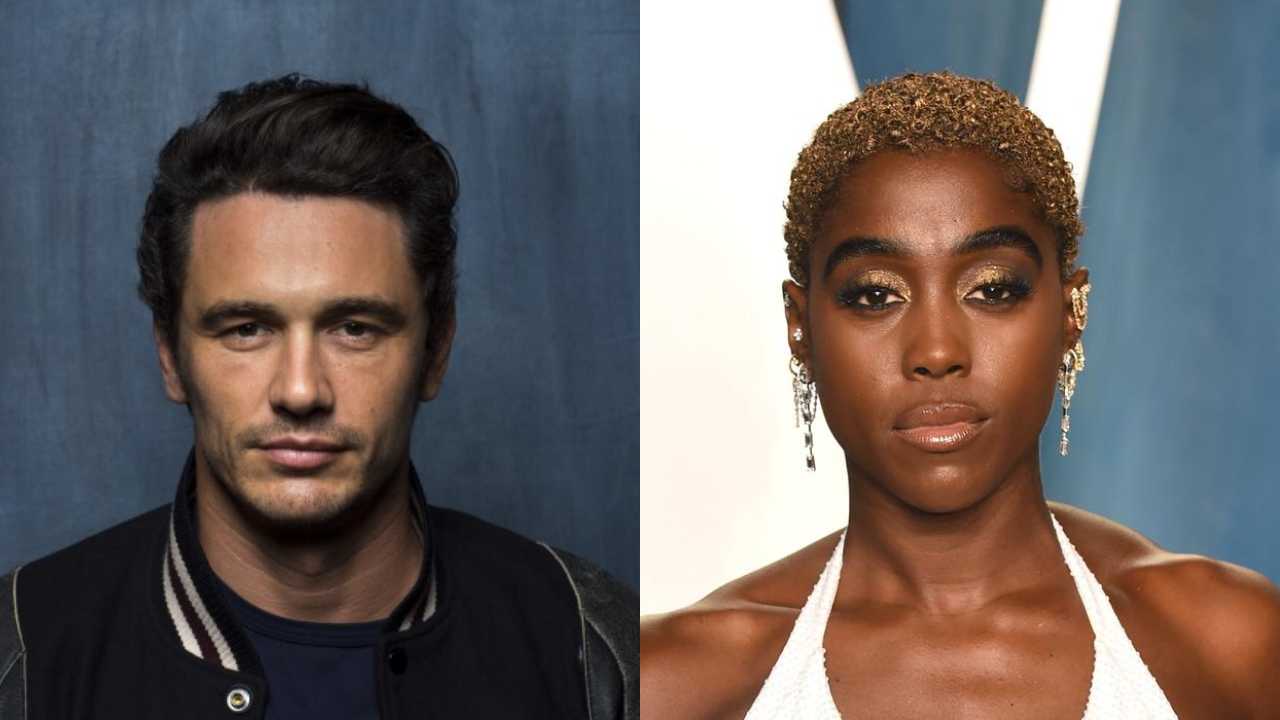 Exciting casting news is coming in from Hollywood. James Franco is all set to play Cuban dictator Fidel Castro in Miguel Bardem's Alina of Cuba, whereas Lashana Lynch is roped in essay the role of Bob Marley's wife, Rita in his biopic. Read on for more details:

127 Hours star James Franco is set to take his fans back in time as he has been signed to play the role of Cuban revolutionary turned politician Fidel Castro in Miguel Bardem's Alina of Cuba. Actress Mia Maestro will play Natalia "Naty" Revuelta, the Cuban-born socialite he has a passionate love affair with, reports 'Deadline'. They join previously announced actress Ana Villafane who is portraying Alina Fernandez aka Castro's Daughter.

Fidel Castro is one of the most prominent figures in world history. He led the armed Cuban revolution along with his fellow revolutionaries of the 26th of July Movement and its allies against the military dictatorship of Cuban President Fulgencio Batista. The revolution, which began in July 1953, continued sporadically until the rebels finally ousted Batista on 31 December 1958, replacing his government. 26 July 1953 is celebrated in Cuba as Dia de la Revolucion (revolution day).

According to 'Deadline,' the screenplay of Alina of Cuba has been written by Oscar-nominated scribe Jose Rivera and Pulitzer Prize winner Nilo Cruz. It follows the true-life story of Cuban exile turned social advocate, Fernandez, whose birth was the result of the tryst between Revuelta and Castro. Revuelta sacrificed her and her physician husband's personal belongings and finances to help fund the start of the communist revolution. Fernandez learned that she was Fidel Castro's daughter at the age of 10 when after years of secret visits to her home, her mother finally revealed that "El Comandante" was her biological father.

Alina grew to become one of Castro's most outspoken critics, arrested on more than one occasion for trying to leave, and was classified as a dissident forbidden to travel outside of Cuba. Ultimately, she defected to Spain in 1993, an event that drew headlines from every major news network around the world, before she made Miami her permanent home. 'Deadline' further states that rounding out the supporting cast are Alanna de la Rosa, Maria Cecilia Botero, Harding Junior, and Cuban-born actors Sian Chiong and Rafael Ernesto Hernandez. The movie is being shot entirely on location in and around Cartagena and Bogota, with Colombia's colonial Spanish architecture and design playing for Castro-era Havana, Cuba. Cameras roll on August 15.

John Martinez O'Felan, the project's lead creative producer of Austin-based Mankind Entertainment, said in a statement accessed by 'Deadline', "Since the inception of the film, our focus has been to produce an artistic piece of modern Hispanic history, with the vision for the project as being truly inclusive through uniting actors and creatives from both intergenerational and recent Latin roots from the US, Latin America, and the world. That said, casting Ana and Mia were no-brainers because, besides the trajectory of their past work, one represents modern Cuban-America and the other Argentina. After watching Ana's reel and auditioning her, it became evident she was perfectly suited and had a great voice to carry the material, and Mia's work in the past with Jose spoke for itself and screamed writer/actress reunion," he added.

Lashana Lynch to play Bob Marley's wife in his biopic

British actress Lashana Lynch, who is known for her work in No Time To Die, has been tapped to play Bob Marley's wife, Rita, in the untitled Bob Marley biopic. Her fellow British actor, Kingsley Ben-Adir, will be seen portraying the legendary Reggae singer with King Richard director Reinaldo Marcus Green helming the project, reports 'Deadline'. Similar to the casting of Bob, a large net was cast when it came to finding the right person to play Rita including looking to find someone with Jamaican descent (Lynch was born in England but her family comes from Jamaica).

According to 'Deadline,' following several tests including chemistry reads with Ben-Adir, Lynch not only won over execs but also Rita and the Marley family, who all gave their blessing to the casting. 'Deadline' further states that Rita, Ziggy and Cedella Marley will produce on behalf of Tuff Gong. Robert Teitel will also produce. Script has been penned by Green and Zach Baylin. Bob Marley died of cancer in 1981 at age 36, but in that short lifetime he changed the landscape of music, introducing generations to reggae with such songs as Get Up, Stand Up, One Love, No Woman, No Cry, Could You Be Loved, Buffalo Soldier, Jammin and Redemption Song.

While the audience remember Bob for his impact on the Reggae scene and political activism, his and Rita's love story has its own timeless feel to it and is equally essential to telling his incredible life story. The two met when Rita was a young singer and Bob was still a member of the Wailers vocal trio. After she joined The Soulettes, Marley began mentoring the group, which ultimately led to the two falling in love.

Lynch was recently seen in Marvel's Doctor Strange in the Multiverse of Madness. Next up for her is Sony's The Woman King, which is already drawing award season buzz as well as Netflix's Matilda adaptation where she plays Ms. Honey.